The concept of “intellectual property” in India has taken on some epic proportions over the last few years for several reasons. One of the primary reasons, attributable to the growing awareness among the urban Indian population, is the significance and, more importantly, the commercial benefits of protecting its intellectual property rights both within and outside India. And under traditional principles of intellectual property protection, patent law is to encourage scientific research, new technology, and industrial progress. The fundamental principle of patent law is that the patent is granted only for an invention, i.e., new and useful; the said invention must have novelty and utility. The grant of patent thus becomes industrial property and also called intellectual property. And the computer software is a relatively new recipient of patent protection. Blogging Kit 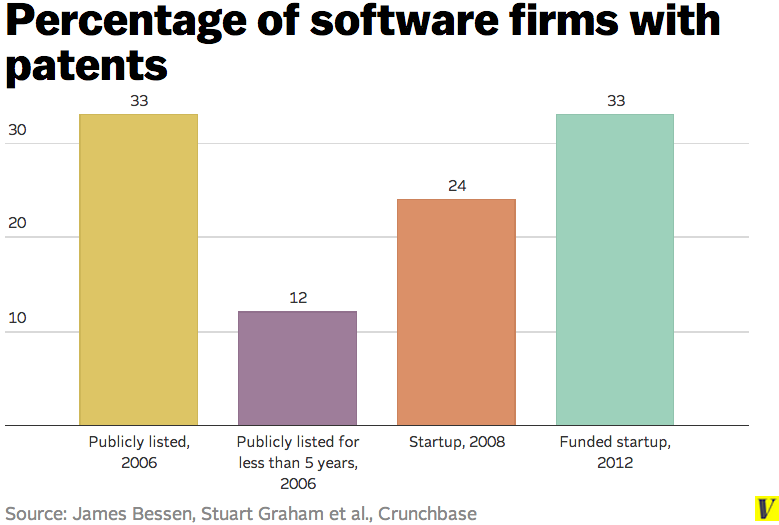 The term “Patent” has its origin from the term “Letter Patent”. This expression ‘Letter Patent’ meant open letter and were instruments under the Great Seal of King of England addressed by the Crown to all the subjects. The Crown conferred certain rights and privileges on one or more individuals in the kingdom. In the latter part of the 19th century, new inventions in the field of art, process, method or manner of manufacture, machinery, and other substances produced by manufacturers were on increased. The inventors became very interested that the inventions done by them should not be infringed by anyone else by copying them or by adopting the methods used by them. Therefore, to save the interests of inventors, the then British rulers enacted the Indian Patents and Design Act, 1911.

Concerning the patentability of software-related inventions, it is currently one of the most heated areas of debate. In recent years, the software has become patentable in most jurisdictions (although with restrictions in certain countries, notably those signatories of the European Patent Convention or EPC), and the number of software patents has risen rapidly.

Summary show
MEANING OF SOFTWARE PATENTING
An early example of a software patent:
a) Different Subject Matters
b) Who may claim the right to a patent /copyright?
c) Rights conferred
d) Duration of protection
JURISDICTIONS OF SOFTWARE PATENTING
Computer programs and the Patent Cooperation Treaty
CURRENT TREND

Though the term ‘Software patent’ does not have a universally accepted definition. One definition suggested by the Foundation for a Free Information Infrastructure is that a software patent is a “patent on any performance of a computer realized using a computer program.”

According to Richard Stallman, the co-developer of the GNU-Linux operating system and proponent of Free Software says, “Software patents are patents which cover software ideas, ideas which you would use in developing software.

That is, Software patents refer to patents that could be granted on products or processes (including methods) which include or may include software as a significant or at least necessary part of their implementation, i.e., the form in which they are put in practice (or used) to produce the effect they intend to provide.

An early example of a software patent:

On 21st Sep 1962, a British patent application entitled “A Computer Arranged for the Automatic Solution of Linear Programming Problems” was filed. The invention was concerned with efficient memory management for the simplex algorithm and may be implemented by purely software. On August 17, 1966, the patent was granted and seemed to be one of the first software patents.

CONCEPTUAL DIFFERENCE BETWEEN COPYRIGHT AND PATENT

The software has traditionally been protected under copyright law since code fits quite easily into the description of a literary work. Thus, Software is protected as works of literature under the Berne Convention, and any software written is automatically covered by copyright. This allows the creator to prevent another entity from copying the program, and there is generally no need to register code for it to be copyrighted. At the same time, Software Patenting has recently emerged (if only in the US, Japan, and Europe) where, Patents give their owners the right to prevent others from using a claimed invention, even if it was independently developed and there was no copying involved.

Further, it should be noted that patents cover the underlying methodologies embodied in a given piece of software. On the other copyright prevents the direct copying of software but does not prevent other authors from writing their own embodiments of the underlying methodologies.
However, the issues involved in conferring patent rights to the software are a lot more complex than taking out copyrights on them. Specifically, there are two challenges that one encounters when dealing with software patents. The first is about the instrument of the patent itself and whether the manner of protection it confers is suited to the software industry. The second is the nature of software and whether it should be subject to patenting.

However, issues involved in conferring patent rights to the software are more complex than taking out copyrights on them. Specifically, there are two challenges that one encounters when dealing with software patents. The first is about the instrument of the patent itself and whether the manner of protection it confers is suited to the software industry. The second is the nature of software and whether it should be subject to patenting.

Copyright protection extends to all original literary works (among them, computer programs), dramatic, musical, and artistic works, including films. Under copyright, protection is given only to the particular expression of an adopted idea and not the idea itself. (For instance, a program to add numbers written in two different computer languages would count as two different expressions of one idea) Effectively, independent rendering of a copyrighted work by a third party would not infringe the copyright.

Generally, patents are conferred on any ‘new’ and ‘useful’ art, process, method, or manner of manufacture, machines, appliances, or other articles or substances produced by manufacture. However, worldwide, the attitude towards the patentability of software has been skeptical.

b) Who may claim the right to a patent /copyright?

Generally, the author of a literary, artistic, musical, or dramatic work automatically becomes its copyright owner.

On the other hand, the patent is granted to the first to apply for it, regardless of who the first to invent it was. Patents cost a lot of money. They cost even more paying the lawyers to write the application than they cost actually to apply. It typically takes some years for the application to get considered, even though patent offices do an extremely sloppy job of considering.

Copyright law gives the owner the exclusive right to reproduce the material, issue copies, perform, adapt and translate the work. However, these rights are tempered by the rights of fair use, which are available to the public. Under “fair use,” certain uses of copyright material would not be infringing, such as use for academic purposes, news reporting, etc. Further, independent recreation of a copyrighted work would not constitute infringement. Thus if two different companies independently developed the same code, neither would have a claim against the other.
A patent confers an absolute monopoly on the owner, which is the right to prevent others from making, using, offering for sale without his/her consent. In general, patent protection is a far stronger method of protection than copyright because the protection extends to the level of the idea embodied by software and injuncts ancillary uses of an invention. It would weaken copyright in software based on all European software development because independent creations protected by copyright would be attackable by patents. Many patent applications cover minimal and specific algorithms or techniques that are used in a wide variety of programs. Frequently the “inventions” mentioned in a patent application have been independently formulated and are already in use by other programmers when the application is filed.

The TRIPS agreement mandates a period of at least 20 years for a product patent and 15 years in the case of a process patent.

For Copyright, the agreement prescribes a minimum period of the lifetime of the author plus seventy years.

Substantive law regarding the patentability of software and computer-implemented inventions and case law interpreting the legal provisions are different under different jurisdictions.

The WTO’s Agreement on Trade-Related Aspects of Intellectual Property Rights (TRIPs), particularly Article 27, is subject to debate on the international legal framework for software patentability and whether software and computer-implemented inventions should be considered as a field of technology.

According to Art. 27 of TRIPS Agreement, patents shall be available for any inventions, whether products or processes, in all fields of technology, provided that they are new, involve an inventive step, and are capable of industrial application. Moreover, (…) patents shall be available and patent rights enjoyable without discrimination as to the place of invention, the field of technology and whether products are imported or locally produced.”

However, there have been no dispute settlement procedures regarding software patents. Therefore, its relevance for patentability in the computer-implemented business methods and software information technology remains uncertain since the TRIPs agreement is subject to interpretation.

The EPO and other national patent offices have issued many patents for inventions involving software within European Union member states since the European Patent Convention (EPC) came into force in the late 1970s. However, article 52 EPC excludes “programs for computers” from patentability (Art. 52(2)) to the extent that a patent application relates to a computer program “as such” (Art. 52(3)). This has been interpreted to mean that any invention which makes a non-obvious “technical contribution” or solves a “technical problem” in a non-obvious way is patentable even if a computer program is used in the invention.

However, before we start hailing the advent of a new era and equating the patenting of software in India, it would be well worth our while to pause and examine the realities of software patenting. We could do this by looking at examples of countries in which software patenting has already become the order of the day, such as in the US and Japan.