Since the original Macbook Air, Apple has introduced some improvements to the ultraportable range. The latest portfolio (from the second half of 2011) consists of 11 and 13-inch versions with Intel Core i5 and Intel Core i7 processors; SSD drives have gone larger with 128GB and 256GB available. The body had undergone a slight facelift and is now slicker; sockets on the side look amazing and are machined out of the solid aluminum body. Displays are beautiful and of high quality, with resolutions up to 1440×900 pixels. Apple finally made the backlit keyboard a standard-issue previously only present in Macbook Pro models. MacBook Air as the whole feels amazingly solid, and I don’t think any other tested ultrabook feels this way, also is very light though not as light as some of the ultrabooks. 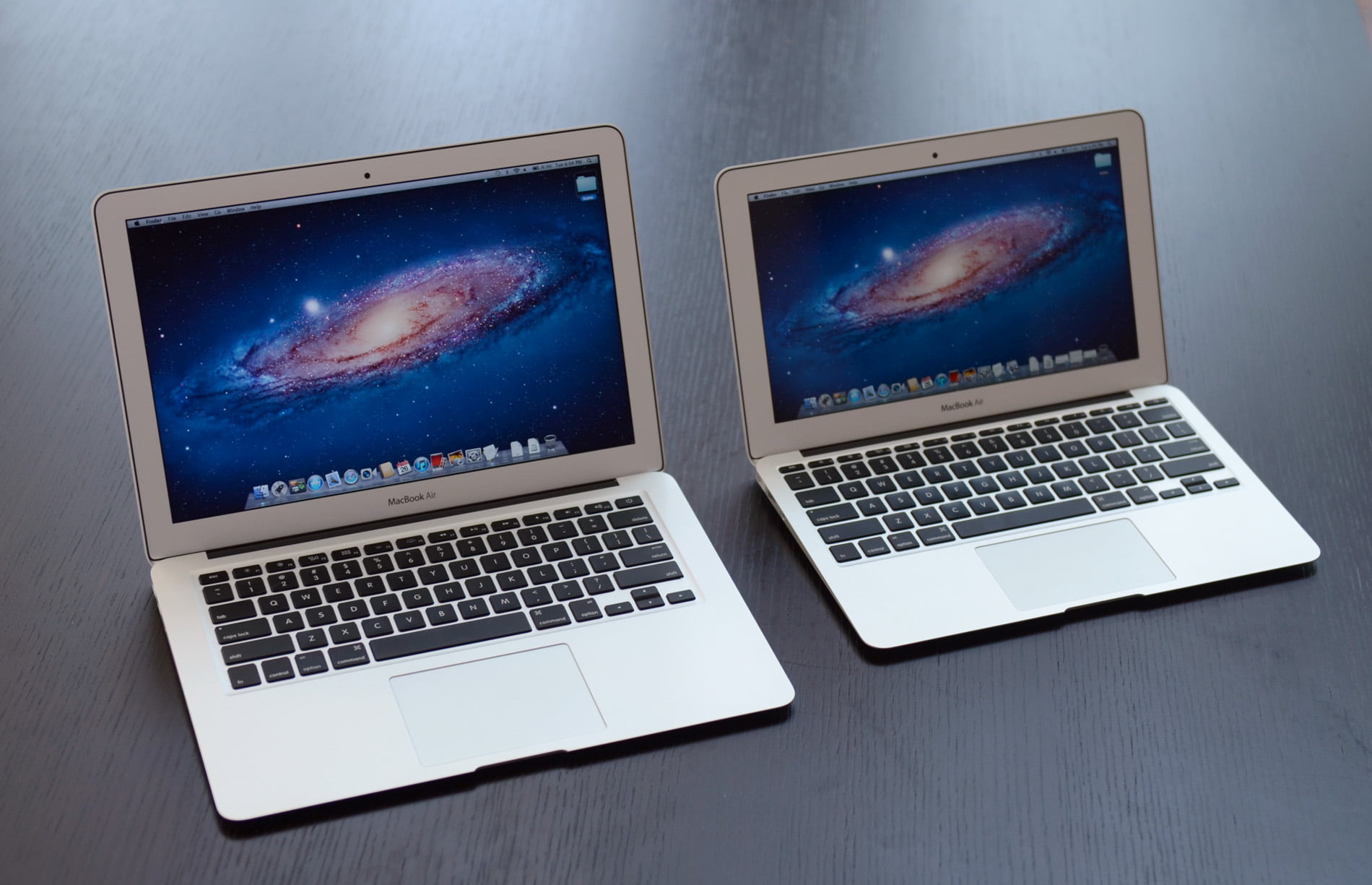 Apple touchpad is a masterpiece and became my benchmark. The touchpad feels amazing, is very accurate, and all the new iOS-like gestures work really well, to the point that after a couple of days using it, I’m unable to use the standard laptop touchpad from other makers anymore. The touchpad is definitely the largest I have reviewed, and to be I’m trying really hard to find any faults with it and apart from a single click which personally I would not complain about and this is kind of Apple’s iconic feature this may feel a little weird for Windows laptop users, but trust me you will get used to it, and if you need a “right-click” you click with two fingers to achieve the same effect! Yes, it knows when you use multiple fingers.

The keyboard is as good. The decision to have a backlit keyboard was a must, this was missing from the original Macbook Air, and if anyone used a Macbook Pro or Alienware laptop before, you know what I’m talking about. Keys are nicely spaced, and of good size, and just about deep enough; the way you use shortcuts may seem a little difficult for day-to-day Windows users (remember Macs Command key, which essentially does a lot of what Ctrl- control key would do). So again, apart from a concept and feature of the keyboard being different from what you would be used to with a Windows laptop, I can’t really find any faults with it.

Performance is generally an extreme side of Apple’s Macbook range, and Macbook Air is no different. The Core i7 version with 256GB SSD 4GB of RAM I’m reviewing is simply fantastic, and together with Apple’s latest OSX Lion, everything is nearly instant. You can easily run multiple applications without a single choke. By multiple applications, I mean: Photoshop CS6, Chrome, Firefox, Safari, TextWrangler. Skype, iTunes, Mail, Facetime, RDP connection to my windows servers at work, and I can start Xcode, Pages and watch a movie, and it is still going!

In the last few days of trying to test its limits, I heard fan noise (if you can call it noise) kicking in once or twice when I was streaming an HD movie, and that time, I decided to turn all applications above flicking between them. 99% of the time, Macbook Air is noiseless, which is a definite bonus for an ultraportable laptop, and Macbook Air is staying fairly cool most of the time so your lap will not get burnt.

I’m told that the Core i5 128GB SSD model is equally impressive, and most of us probably will not notice the increased performance of the Core i7 model. Still, if you are a professional needing the ultraportable experience and ultimate power, the Core i7 is definitely for you, though, mind the steep price tag!

Also, At this point, if any of you guys a worried that the Macbook Air is not good enough to use for your work, whether you are a web designer, SEO manager, graphics designer, web developer, app developer, or any other creative profession don’t, Macbook Air is excellent enough to replace your Macbook Pro in most scenarios. It will probably be better than most Windows laptops you might be using at the moment.

Battery life is fairly impressive. I manage to squeeze almost 6-7 hours of medium work out of it, meaning I will be writing this review, preparing some pictures in Photoshop, browsing and checking bits in other browsers, answering email, and writing some code in TextWrangler, and very occasional FaceTime or Skype.

May I mention at this point the brilliant idea of the charger plug or the socket being magnetic, so you are never going to damage the socket, and if you accidentally pull your Macbook away with the charger still connected, this will un-clip!

The display is of really great quality. This is another area where Apple excels; 1440×900 resolution is not the biggest one. We have seen greater resolution in ultrabooks though none of them had this quality display beats any ultrabook. Factory calibrations and the contrast greater than 600:1 deliver a perfect depth of colors, beautiful pictures, and excellent, outstanding movie quality.

Audio is very average, and speakers are definitely a bit disappointing, but if you think about the size of them, then you cannot really complain. Asus ultrabook Zenbook UX31e made the only attempt of improving the audio in this size of a laptop by putting Bang & Olufsen bits and it sort of worked, but I don’t think this was worth a hassle. If you want to improve the sound quality out of your MacBook Air, simply get decent external speakers or nice pair of headphones and connect to the audio output) but don’t get me wrong, it is perfectly usable and not worse than others)

Connectivity, same as with any ultrabooks, is, one may say, limited. Still, I mentioned this in my previous reviews it does not or should not really bother you unless you insist on using a lot of your legacy equipment. The whole thing with the connectivity as I see it, is that times are changing, technology improves, and the concept of connectivity also has changed; we are moving into the Cloud, and most of our appliances are networked, so that is why we do need a physical connection between our laptops, ultrabooks, tablets and other auxiliary devices.

Dual-band 802.11n Wifi is perfect enough for anything you want to do in terms of networking and if you really insist on having an ethernet socket, buy a USB Ethernet Adapter. Facebook also incorporates Bluetooth 3.0, 2 x USB 2.0 ports, and an almighty Thunderbolt port, which are 3 times faster than the latest USB 3.0! In Facebook, you will also find an SD card reader, headphones/microphone jack socket, built-in mic, and camera.

Top specification models are expensive, and there is no other word for it. Though if you are a student, you will get a good discount of up to 15% and free 3 years warranty upgrade, so it makes sense to go for slightly better spec models, I suppose. I am mentioning discounts before I mention the prices. In my opinion, buying an Apple Macb,ook even though it a costly experience, is a far better investment than any other laptop. To explain, if you buy a standard, let’s say, HP laptop with slightly better than average for today’s standard specification, you expect to pay anything between £500-£800. Two years later, when you are ready for an upgrade, this laptop will be worth £200-300 on eBay or £150 cashback when you buy a new one from HP… This is a lot of value wiped off the device. Apple Macbooks are different; they tend to hold the value better, and given initial expense two years later, most Macbook is holding on to more than 50% of their value, so you will get the most money back when you are ready for an upgrade. 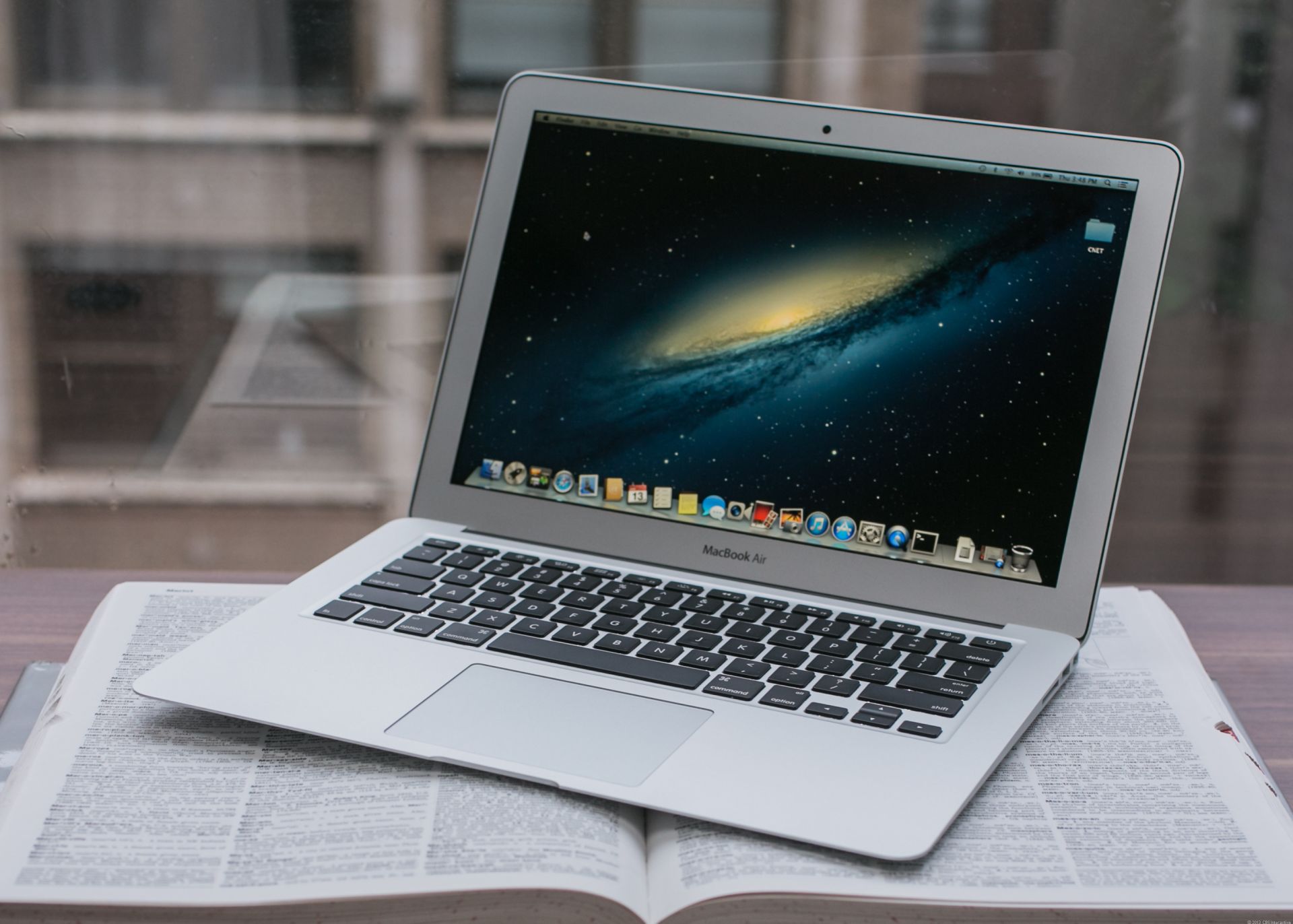 So to summarise on pricing, Apple Macbook Air is expensive, especially when you look at the top-spec model, but it will hold value better. You get more money back than you would get from a box standard laptop when you ready for a new one, and on top of that, you will generally get a better quality product.

There are many similarities between the Macbook Air and the Ultrabook range promoted by different manufacturers, though technically, Macbook Air is not a ultrabook, and technically, we are comparing two different products, a MacOSX and Windows 7 laptops. 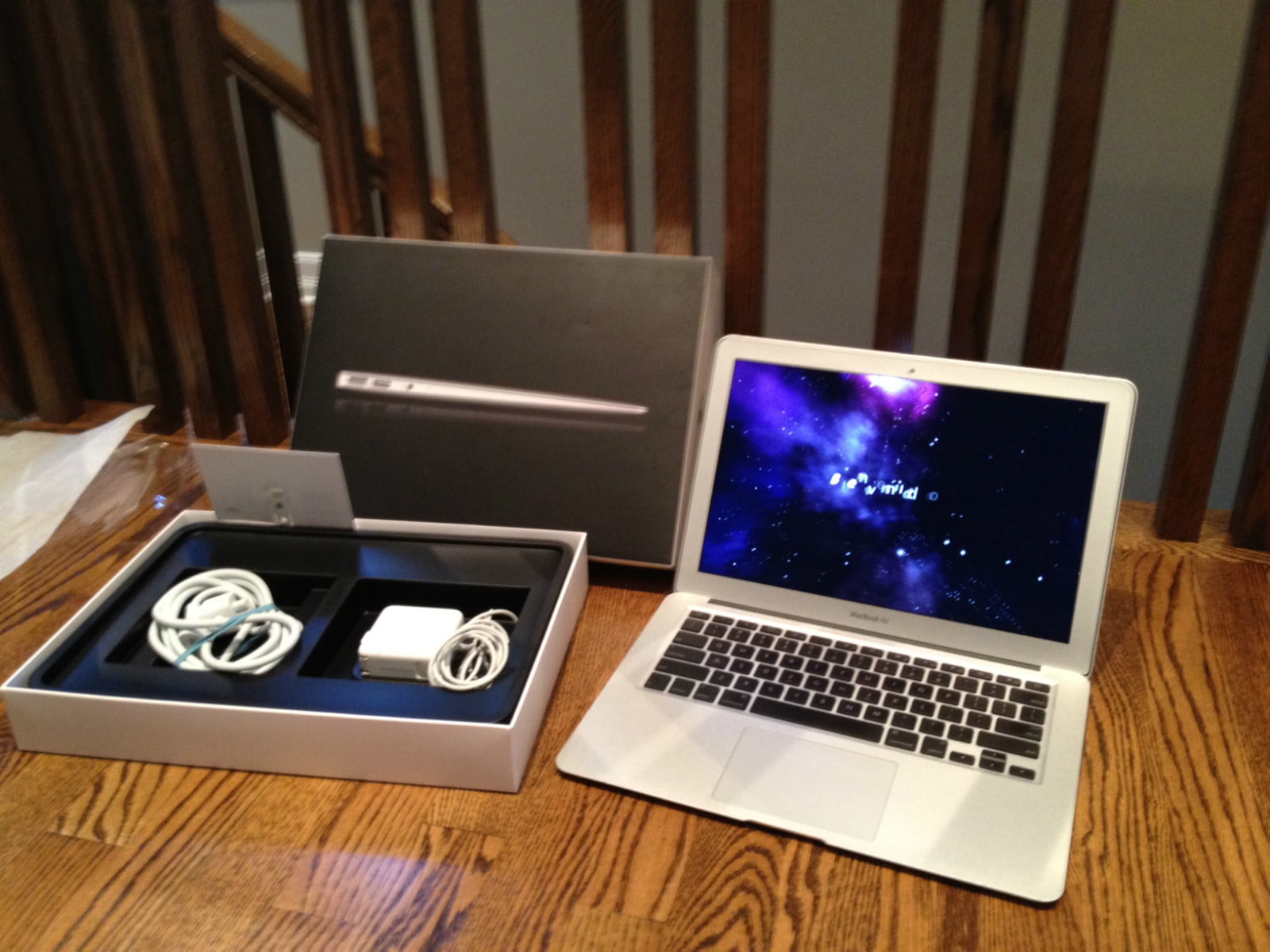 MacBook Air is a lot more mature and refined than some of the new Ultrabook entries but don’t forget that Apple was a pioneer in this sort of portability, and Macbook Air enjoyed few years of evolution and tweaking, which makes it very, very good and I must say, better than any ultrabook so far. The only ultrabook which comes close to it at the moment will be New Dell XPS 13 or Asus Zenbook UX31e, but the rest of the competitions has a long way to go yet.