A computer has been one of humanity’s greatest inventions, among other inventions, ever since the foundation of science began. Its development resulted from years and years of long experiments spanning a hundred or so years conducted not just by one man but many. The development of computers as it is today is a continuous process, and it will ever be. However simple they may seem now to the computer literate, computers have a complex set of system underneath. It takes multiple disciplines in both computer studies and electronics to fully understand them. After all, the computer in itself is subdivided into branches, as is science itself. Travel Knowledge 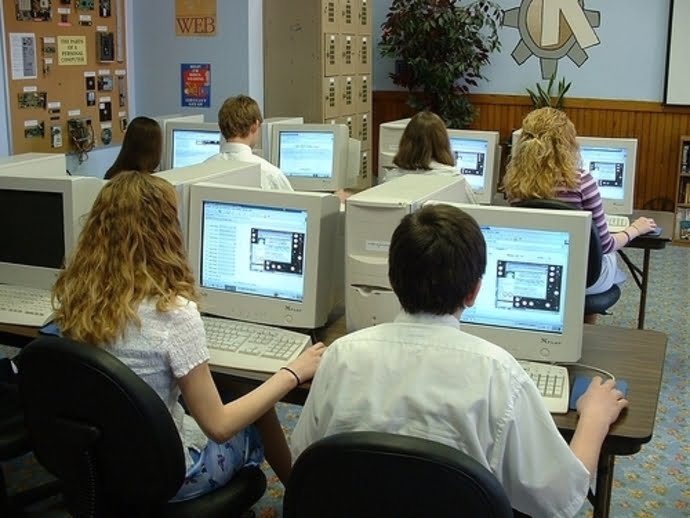 While other technological inventions may have already been developed before science, “technology” is not yet a proper term for such. The word technology, after all, is always correlated with science, and both science and technology are mutually inclusive to one another, strictly speaking in terminologies. Computers of today, however advanced they may seem, have had their origins in humble beginnings.

Summary show
How did the computer begin?
How do people use computers in their daily lives?
Computers taking over the world
Are we really too dependent on computers?

How did the computer begin?

Abacus, the earliest form of calculator, has been recorded to be in use since the early civilizations estimated to be around 1000 and 500 B.C., only to be adopted elsewhere in the world. The idea of how a computer algorithm does its arithmetic was based on this, in logic. Soon after, as early as the 1820s, in the personification of Charles Babbage, dubbed to be one of the fathers of modern computer, developed ideas on how computers should do its math, initially known as the difference engine, it developed later after to become what is known as the analytical engine. While Charles Babbage, due to funding issues, didn’t get to see his ideas into fruition during his lifetime, it is his youngest son, Henry Babbage, who did so in 1910 based on his. However, this primitive form of computer is not as advanced as how we see it on computers of today.

The idea of the need to do the computation on our behalf as man, hence the word ‘computer,’ came out of the need to handle complex problems and perform complex computations that are difficult and take longer time for man to handle. Especially true during the industrialization era and the great world war where the need for such arose. How a computer behaves is what’s in a library of a computer.

The development of computers grew a lot since laying the foundation by Charles Babbage was inspired by existing “technologies” of its time. From names of people of the past significant in the foundation of computers such as Ada Lovelace, Konrad Zuse, Alan Turing, John Atanasoff & Clifford Berry, Howard Aiken & Grace Hopper, so on and so forth, up to the present computer giant names such as William Gates, Steve Wozniak, and Steve Jobs, among others, computers of today are bigger in functions than they are their sizes and have found a spot in every people’s lives in both commercial and personal usage.

How do people use computers in their daily lives?

Modern-day computers laid out the foundation for how we perform the duties of today. It is a lot more efficient and makes the work done in shorter times. From simple household leisure such as playing games or running multimedia programs to doing office works to more difficult developing programs, up to more complex computations such as NASA, computers made all this possible — all in a single box. What once takes a long time to finish in groups, as seen in companies without computers, can now be finished in shorter times.

Computers taking over the world

Also one of the most popular usages of computers is the internet. What once was the trend for telephones and telegrams has become the internet – and it is worldwide. Literally, computers are taking over the world.
Although initially used for military purposes concurrent to the development of the computer, the internet grew up to become commercialized as it is used today. In conjunction with and other than the previous means, the internet made communication around the world possible, which also gave rise to communication tools such as social media. To date, billions of people use computers with the internet every day.

Are we really too dependent on computers?

We may be are dependent on computers about the internet given the information age we are in since the computer age began. But such dependency was initially for a good intention – that is, to keep up with the demands of progress through the efficiency and rate the work demanded is done with computers as both our aid and tools. Let’s face it; there are complex works out there that can only be efficiently done if we have computers. However, one should also ask whether such dependency is good for us. What if, by some chance, this technology called computers and the things it can do were taken from us? What then? Like a bad addiction, computer dependency outside of our needs and moderation can harm us, its users. An ideal tool for tyrants. While it may sound like it is out of context, it is not. In fact, we are as capable workers as our ancestors were without computers. Although obviously at the cost of the efficiency and ease we’ve known how we do things with computers. These are not statements about abandoning computers as we know and use them; we’re just waking up with the idea of who we are without computers and who our ancestors were without those. No, we are not worthless without computers – we are not just as capable as someone who does, and we alone are not capable as what a complex computer does as a computing machine. But do not be fooled; we are still the ones who made computers as they are today. In a way, we as humanity are still superior to machines.

Now to the question, “are we too dependent on computers?” — the answer is, we are, at both misuse and discretion. Ultimately, how we use computers, as a technology, in our everyday lives weighs down on how we use them and for what purpose. Is it for the common good? Is it beneficial? In fact, these are questions also answerable by our own selves, as its users.

I am a freelance writer, having some writing experience as such. If you’re interested in my writings, please feel free to contact me. You can view my profile on LinkedIn using my full name and be contacted via Skype with this username: dothackjhe or using my full name just the same. I am open to freelance work anytime.