3D saves a PC game plagued with bugs and a missing DX11.

Batman: Arkham City is the sequel to the successful Arkham Asylum. Arkham City is a maximum-security prison for the nastiest criminals that Gotham City has to offer. As chance would have it, Bruce Wayne gets his ass tossed into Arkham City for opposing the new prison’s existence and is forced to go all “Escape from New York.” Within moments, Bruce manages to score his crime-fighting equipment and become his alter ego, Batman. We all watch TV; anything can be got in prison if you know the right people. I don’t want to get all nuts with spoilers, so let’s sum up the story by saying that Catwoman drops in, Batman runs into an old flame, fails to get laid, Robin makes a brief appearance, and Alfred is only a radio signal away. On “team naughty,” Batman bumps into a load of our favorite baddies, including Harley Quinn (damn, she’s annoying), Two-Face, Mr. Freeze (possibly the toughest boss fight of the game), The Joker, Penguin, Hugo Strange, Poison Ivy, Clayface, and plenty more crazies.

Batman: Arkham City is a single-player game with the main storyline which sees Batman seeking a cure to a disease that could wipe out a superhero or two. In addition to the main story, you will regularly unlock side missions, which can either be completed right away or put aside later. The side missions are just as good as those included in the main story, making for a lot of awesome added gameplay. In addition to the side missions, you’ve got the Riddler to contend with. Cataloging and collecting Riddler’s trophies is an addictive game within the game. Then there are the challenge maps, which make for some excellent mindless melee fun. Challenge maps are unlocked as you play through the game, and more are available in DLCs. There are three funky flavors to hone your Bat-skills with, including ranked leaderboard combat, timed campaigns, and custom rules. 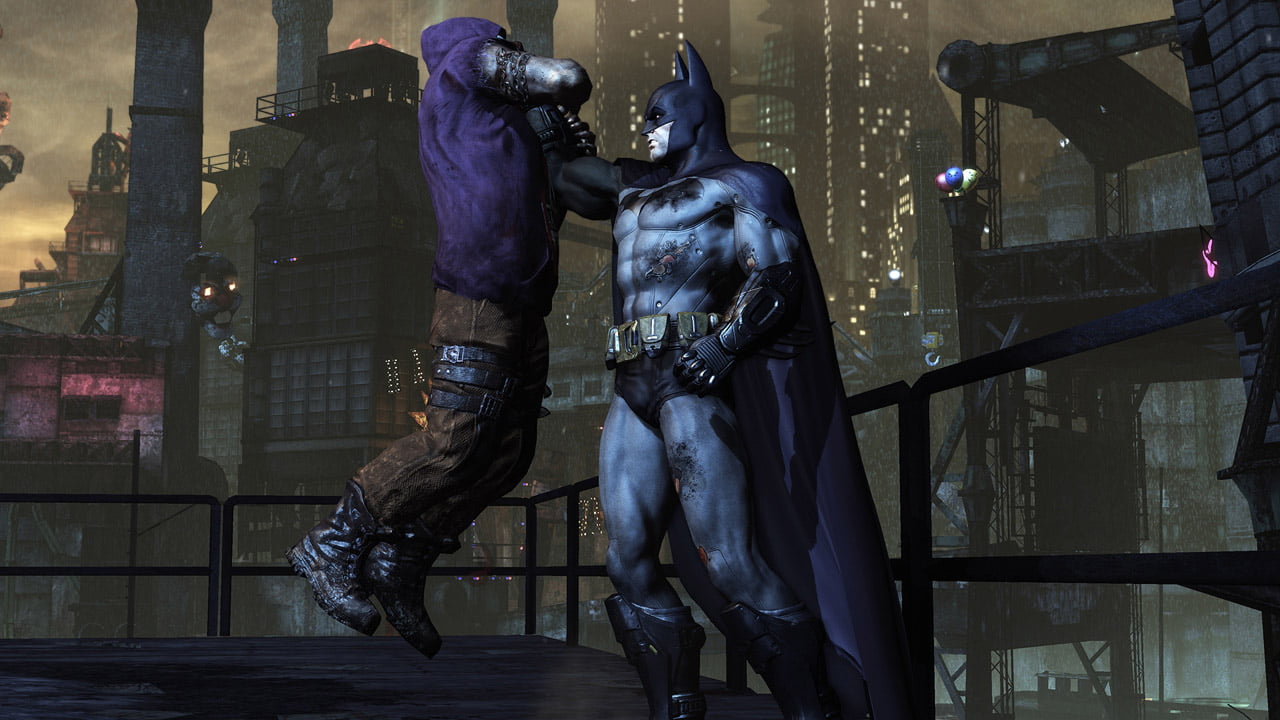 In Arkham City, there is always a superhero around when people need one; in real life, there certainly was no superhero around to help me gain access to the game. First, you enter your key on Steam; then you enter your key for SecuRom (if you’re lucky it accepts it the first time; I was not lucky), then you have to tie it all together with Games for Windows Live. GFWL was the primary bottleneck. I spent an hour trying to log in to GFWL as it gave me some song and dance about needing to update. Like really, what’s the point of this kind of layering? The games are going to get pirated all the same, and according to many, the reason the PC version of Arkham City was delayed was so that they could maximize sales from the console versions first.

When Batman: Arkham City had released just over two weeks ago, PC gamers were disappointed to find out that DX 11 was buggered. Upon launch, Rocksteady immediately recommended DX 9, as reports of DX 11 performance issues began making the rounds. People wondered how something like this, a selling point like DX 11, could have made it through testing and out the door for launch. It took a couple of weeks, but a DX 11 patch was finally released. The outcome was not really worth the wait, and many are still plagued with low FPS and game-breaking bugs. I consider myself lucky, as I only spent about four hours dealing with crashes and bugs that would not allow me to proceed further in the game.

Arkham City comes with a built-in benchmark tool, so I grabbed some quick stats to share using both that and Fraps. Right before publishing this review, a patch was released for Batman: Arkham City, which in part addresses the DX 11 issues. Running Alienware M17x laptop /w NVIDIA GeForce GTX 580M and 6GB RAM / 3D Vision (not 3D Vision 2), at 1920 x 1080. Both DX 9 and DX 11 were run with all settings max, including detail level, tessellation, and PhysX.

The DX 11 patch seems to be hit and miss. For many people, it solved the issue of poor frames while running DX 11. For others, it buggered things up even more. For me, the patch DID improve FPS in DX 11 but oddly lowered frames with DX 9. Go figure.

On my system, the best settings for performance and aesthetics are DirectX 11 (very high) and PhysX set to “Normal,” this works out perfectly both with and without 3D Vision enabled.

Combat in Arkham City is ridiculous while also being ridiculously fun. Here’s the ridiculous bit… there were very few times during the game that I needed any sort of strategy to win an encounter. A couple of bosses had an attack pattern that had to be learned to defeat them, but outside of that, you can literally finish the game by repeatedly hitting your left mouse button. In fact, I broke a mouse playing Arkham City. Yup, button-mashed it to death. While using special attacks makes combat more fun, it isn’t actually necessary. Now for the enjoyable part… combat is an absolute joy to watch, and even if you don’t have mad take-down skills, the simple act of punching, kicking, and evading is wicked fun. That said, if you want to kick ass on the challenge maps, then you’ll need a bit more than button-mashing. The challenge maps are slightly more skill-based, and if you want to rank, you’ll have to use combos and special moves. 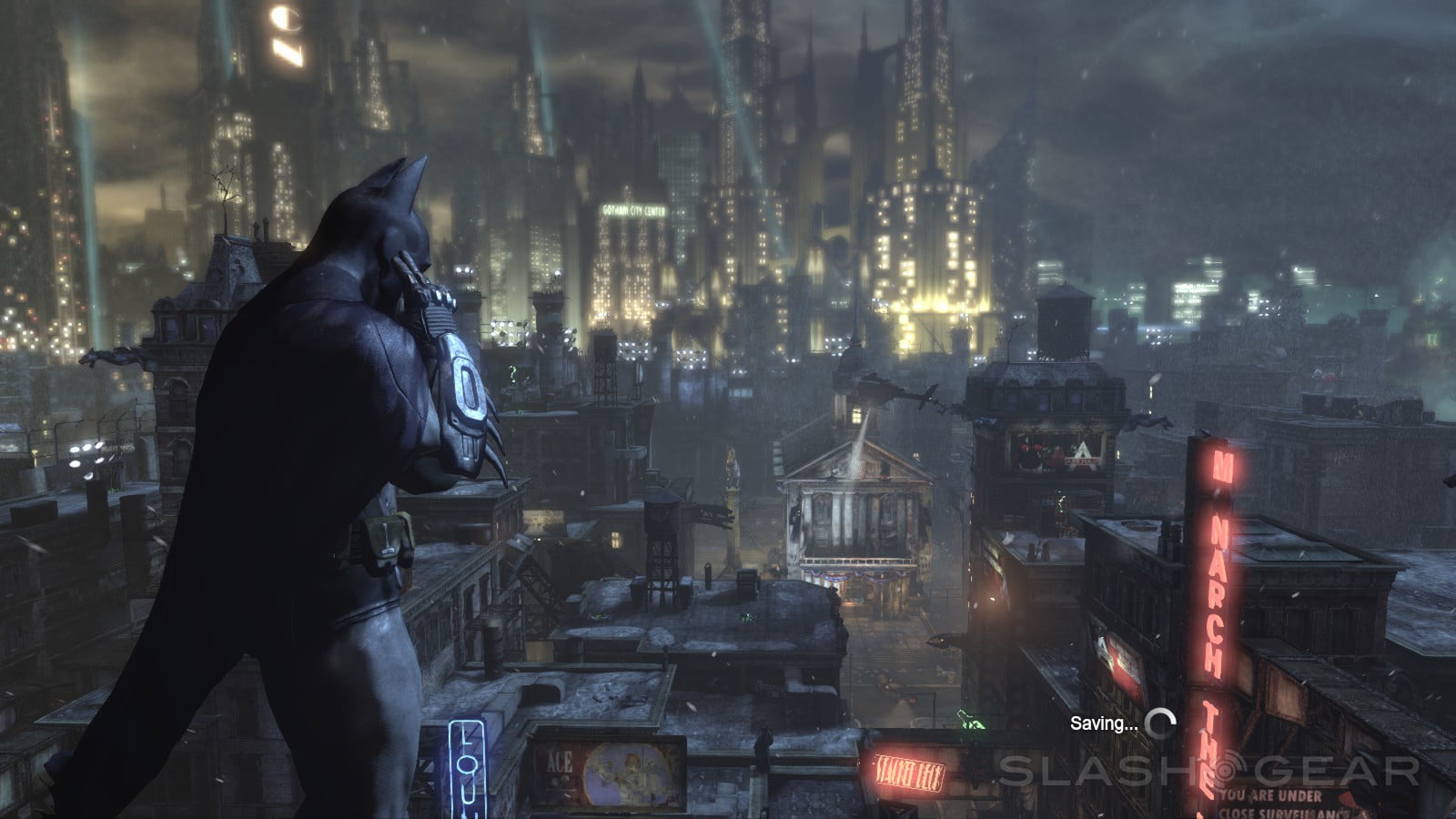 Sometimes I preferred combat while playing Catwoman because she’s mean, lean, and fast as hell. But after a while, I’d sort of start missing the Bat. Both characters have their own missions, skills, and gadgets, but the character I really would have liked to play as Robin. While the Robin Bundle DLC will allow you to play the Boy Wonder, you will only be able to do so on challenge maps. I’d rather be able to play him inside missions like you can with Catwoman. Sadly, Robin’s appearance in the game was very brief, and although he was looking buff, tough, and not at all like the Robin we all grew up with, Batman bitched him out and told him to piss off. So that was that.

One of my first experiences with 3D was seeing Friday The 13th Part 3 in 3D. I walked five miles through the snow with no shoes to see it at the theater. It was crap but exciting at the same time, and it was the best we had. For the next quarter-century, I would associate 3D with eye strain and headaches. Whenever I post about 3D Vision on VE3D, the post is met with comments like “I’m too old for 3D, I don’t need the eye strain” or “3D gives me headaches”. Exactly the things that I had always associated with it. Well, Toto, it looks like we’re not in Kansas anymore! This ain’t grandma’s 3D. I’ll admit that I’ve reached the age where reading glasses come in handy. I didn’t have much interest in 3D. Mostly I was afraid to try it because I thought my head would explode. I guess I had read into the old-school hype a bit too much. But I survived 3D and am loving every second of it. Eye of the tiger baby, an eye of the tiger. Plus, I look cool in the glasses.

Since I just recently began gaming in 3D, my experiences are limited. What I have noticed so far is that 3D Vision adds an extra layer of realism to games. 3D games come alive, giving you a greater feeling of actually being there. In Batman: Arkham City, this is especially true, particularly when grappling around the city and using gadgets. Even cut scenes are great in 3D. All of the villains in Arkham City look amazing and force you to keep watching, even if you don’t normally enjoy cut scenes. Graphics look sharper, and cleaner and flaws that you would see while out of 3D tend to smoot over. If I were to slap a number on Batman: Arkham City without 3D Vision, the game would land a 7/10 (70%). While Arkham City is a truly entertaining trip through the gutters of Gotham, the bugs and the graphic issues that the game shipped with are not acceptable. Waiting over two weeks for a half-assed patch is also not acceptable. 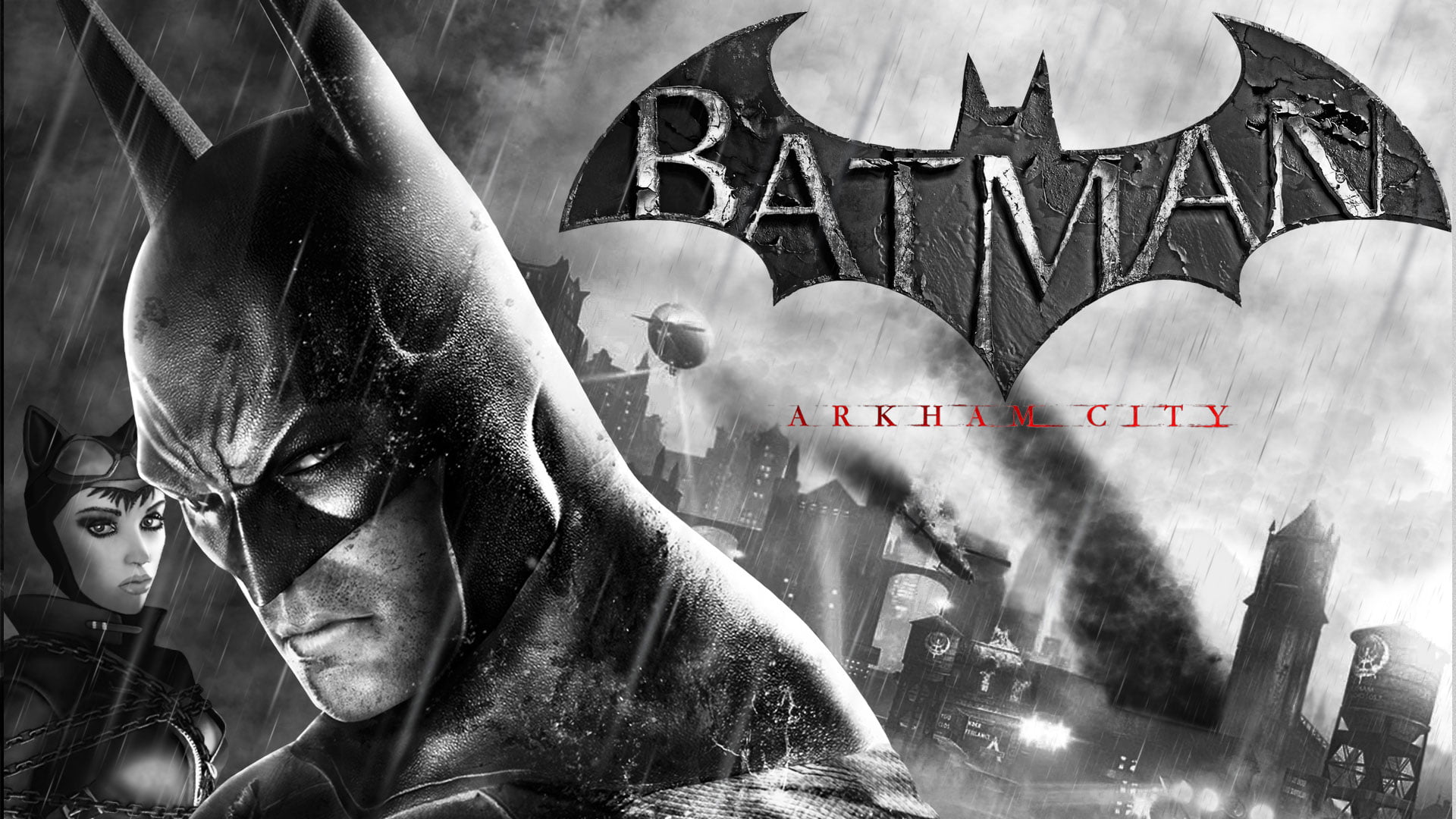 Because 3DV enhanced my Arkham City experience, Batman: Arkham City 3D is a 9/10 (90%) and worth its weight in guano.