Since we have become such a celebrity-driven culture, I thought it might be amusing to imagine what it might be like to be a celebrity. Consider this like taking a vacation from your everyday life. This is not to advocate that you become a celebrity or pursue a glamour lifestyle and fame when simplifying your life may lead to more satisfying long-term benefits in difficult economic times. Rather it is to enjoy thinking about being a celebrity, much as you might add an occasional celebration or fantasy experience into your life.

It is like putting on a costume or mask, so you become someone else on Halloween. Well, this is an experience of imagining yourself as any celebrity you want to be. To do so, you create or imagine events and activities to experience the celebrity lifestyle by yourself or with some friends and associates. Here are some tips to get you started, though written in a somewhat tongue-in-cheek style, which you can take seriously or not. Just have fun with the idea of being a celebrity for a day. 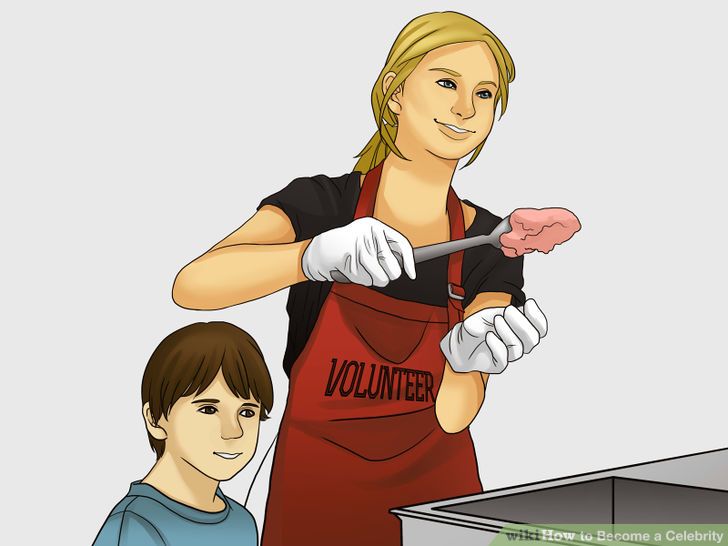 Creating Your Name and Persona

First, create a name or persona for yourself. Imagine you could be anyone – a movie star, a TV star, a rock star. And in reality, today, the transformation from the everyday citizen to a well-known celebrity isn’t so far away. Just think of how Joe the Plumber got known by asking Obama a few pointed questions at a campaign stop. Consider how an ordinary mother – well, not so ordinary – got known as Octomom by having eight babies. Recall how an eccentric scientist got his fame by sending up a silver helium balloon that looked like a UFO and claiming his son was missing and might be on it. It was a big publicity stunt that backfired – but it got him in the news.

So take a moment to think of who you’d like to be – and think big, like the big names in the news do. See yourself as larger than life, and your name is in lights. And don’t try to think or analyze too hard. Just go with whatever first pops into your mind. Then, whoever that person is, imagine yourself on your way to becoming very famous.

On Your Way to the Top

Next, think about what you might do to get to the top. Some celebrities breakthrough because they are part of a famous family, like Kate Hudson, the daughter of Goldie Hawn. Another is Paris Hilton, the daughter of the Hiltons hotel clan. Though she had help from a notorious sex video of herself with her then-boyfriend, having the famous name certainly helped. It wasn’t just a sex tape by anyone.

But most celebrities do something that gets them in the news if they aren’t already famous, by having a starring part in the movies or on TV. For example, Chesley B. “Sully” Sullenberger was just another pilot from Danville, California, until he landed a US Airplane in the Hudson River in January 2009, after it encountered a flock of geese – and he was hailed as a hero for saving all 155 people aboard.

Next, once you do whatever it is to stand out, you need the press to make you famous. So imagine the press descending and asking you questions about what you have done. They’re yelling and screaming, pushing and shoving because they want to get near to you and talk to you, for you are the center of this excitement. You see mikes being pushed at you, flashing cameras going off, and it’s very exciting that everyone wants to talk to you.

Next, imagine what they are asking and what you might say. Just a line or two. That’s all they want. About a 10-15 second sound clip they can use on the evening news. So think of something short and witty to say.

Then, as a celebrity, the next step is usually the TV talk show circuit. So imagine you are doing that. First, see yourself being a guest on all the big shows – you’re on Oprah, and everyone in the audience is clapping and cheering. Then, you’re on Good Morning America, and the cameramen are adjusting the mikes. Next stop – the View with Barbara Walters, Elizabeth Hasselbeck, Joy Behar, and Whoopie Goldberg, and they’re oohing and aahing overall you have done. After that, you’re face to face with Larry King, who smiles as he tugs on his suspenders and asks you to tell him about you.

So go on, tell everyone what you have done, what you like, how you’re surprised by your sudden fame, and how much you’re enjoying the experience. The idea is to be humble while you strut your stuff and celebrate yourself.

Who You Need Around You

Next, once you’re a celebrity, the deals start pouring in, so see yourself getting buckets of mail at your door from fans and deal makers. Then your phone starts ringing off the hook, with dozens of offers to be on this show, appear at that celebration, endorse this product, attend that gala opening. What do you do?

Of course, you need a lawyer to help you sort through this all, so imagine meeting with a series of lawyers. Each one proclaims all the great things he or she will do for you or has done for someone else. So now you have to decide which lawyer to choose for better or worse.

And, naturally, the next thing you need is a manager or agent, or maybe both, to help you decide what offers to take and for how much. And maybe your lawyer can help you decide what manager, agent, or both will help your celebrity career the most. So imagine you are making your choice, and then your manager, agent, or both are giving you some ideas on what to do next. For example, he or she can arrange some endorsements. Maybe you might appear in a film or a walk-on part on TV. You can pick out your favorite show and see yourself making a guest appearance on that.

Then, since you’re getting so many offers but still want more, the next logical person you need on your team is a publicist. To see yourself with a parade of publicists coming to your door, telling you how they will publicize you. In fact, they, along with your agent, manager, ane lawyer, may have some ideas about branding, whereby you create a whole package around your name. Your brand will include a line of CDs, maybe clothing or make-up, a doll with your image, a video workshop, even a Happy Meal for kids featuring your smiling face.

And of course, there will be a book. You don’t even have to write it yourself. Just pick a ghostwriter, give him or her the gist of what you want to say, plus a little information about you, and voila. In a few weeks, you’ll have your book with your name on it. And if you have time, you might even read it – or let your agent, manager, or publicist do that, so they can tell you if they like the book and if it sounds like you. Then, besides promoting whatever you did to get famous, your publicist will promote your book and the rest of your celebrity product line.

Now, since you’re making so much money from your branding campaign, plus your endorsements and book, you need a financial planner and stockbroker to help you properly manage all your money. So you meet with them, and they give you all kinds of advice. Invest in this. Invest in that. Don’t buy bonds; stick to stocks. Try a hedge fund. Or how about a mutual fund? Plus, now you qualify for a private banker, who will help to manage your funds at their bank.

This might be a good time to imagine buying a luxury home, too. After all, you have a celebrity image to maintain, so look with a real estate broker who handles high-priced properties – because now it’s only the best for you. So you go looking for big mansions on a hill or behind gated walls with dozens of acres around them. Your new home will have a huge living room, a big patio deck, and an expansive kitchen for all your entertaining. Maybe you’ll even have your own screening room for your private film showings.

And what’s a new luxury house without your first-party? So you might imagine that all your celebrity friends are arriving for a big shindig at your house. And since you’re now famous and rich, you’ll see many A-list celebrities there – Brad Pitt, Angela Jolie, Donald Trump, Jay Leno, David Letterman – no scratch David Letterman. Of course, you can’t have anyone with a touch of scandal since that could rub off on you. But the best and the brightest names are there. So just enjoy your own celebrity party – and now you have the budget, so you can afford it.