Duties of and to Shareholders

But, a sale of control under the following circumstances may be actionable: 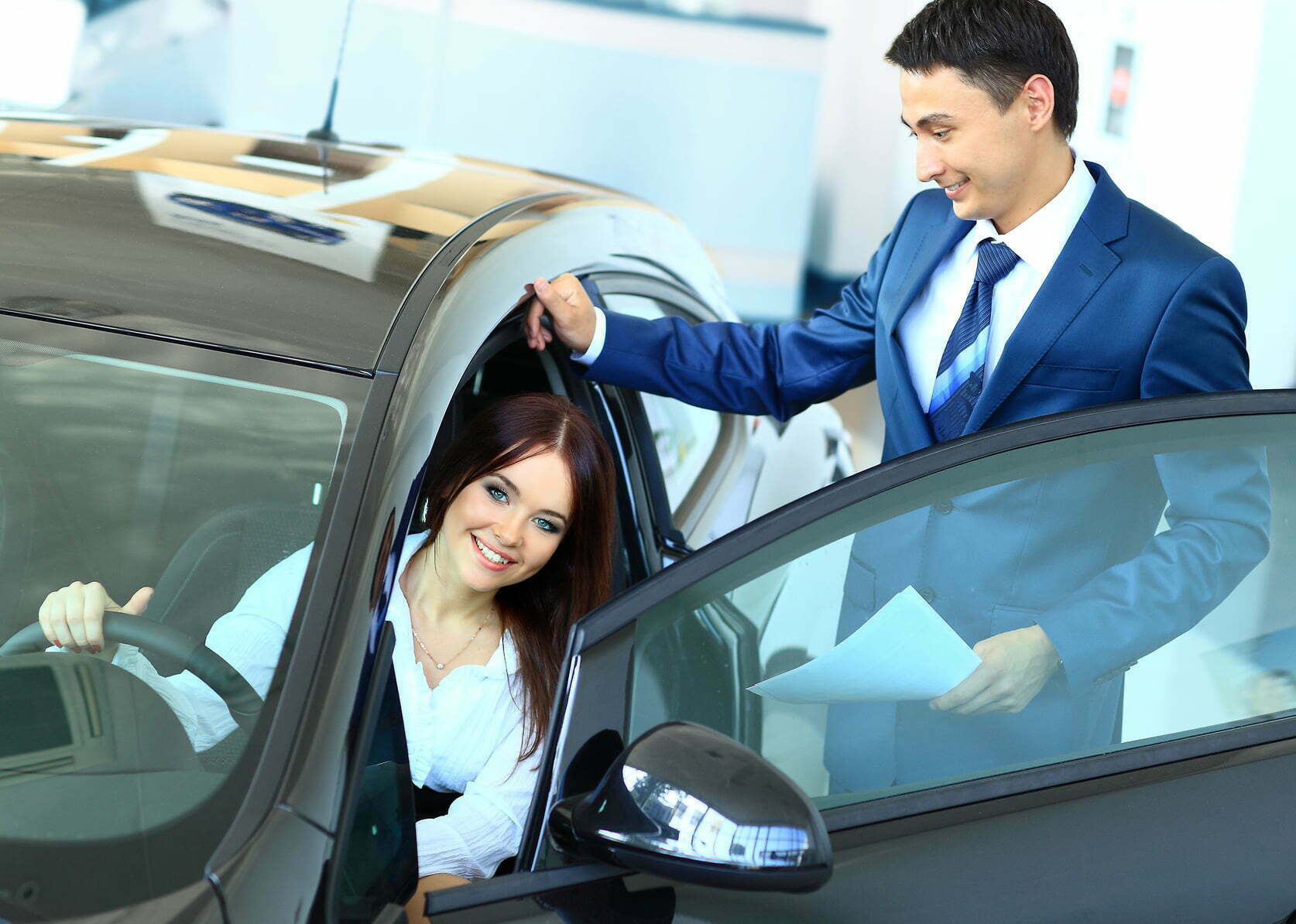 2. The majority shareholder failed to disclose receipt of a premium when a purchaser attempted to acquire the minority’s share;

Although the law is still developing, it appears the minority may be eliminated at a lower price if there is a legitimate business purpose.

State case and statutory law are diverse on the question of minority shareholder rights. Given two identical fact situations, a sale by a majority shareholder could, for example, give rise to a cause of action in California while conforming to Delaware law. In sales involving several shareholders, the attorneys for each shareholder should research the question of “premiums” concerning both the state of incorporation and the state wherein the company’s principal place of business is located.

Duties to Other Purchasers

The biggest case in this area was probably a Houston jury’s award of $7.53 billion in actual damages and $3 billion in punitive damages to Pennzoil Co. In 1984, Pennzoil negotiated a takeover deal with Getty Oil Co., which Texaco eventually purchased for $10.2 billion. Pennzoil then sued Texaco for $14 billion, charging that Texaco coaxed Getty into jilting Penzoil’s takeover deal.

Intentional interference with contractual relations, intentional interference with prospective business advantages, and related torts are “hot ticket items,” and general and punitive damages are almost unlimited. This exposure provides another reason both buyer and seller should involve their attorneys to a greater extent than just having them review the Buy-Sell Agreement.

Opinions as to Performance

Sellers inevitably opine how well a dealership will do with additional capital or a new owner, and the courts have generally supported the adage “No one can predict the future” and refused to recognize a cause of action based upon one party’s predictions to the other regarding future events, performance, opinions, or intentions.

Statements such as “there are no bad franchises — only bad operators”; the store were “a gold mine”; or that the buyer would make more money than before have been held “purely opinion, puffing, or conjecture as to future events” and as a matter of law not actionable.

Automobile dealerships are anomalies in the field of buying and selling businesses because, by the very nature of the business, both parties must be amongst the most knowledgeable people in the field, as the seller has already been qualified by both the factory and a financial institution as having that special knowledge and extra skill necessary to be approved as a dealer. The buyer because the buyer intends to purchase the dealership has represented that the possessions the knowledge and skill necessary to obtain factory and finance approval, or that someone on his team possesses the necessary qualifications.

In Denison State Bank v. Madeira, the defendant purchased an automobile dealership. In addition to refusing to pay his loan, he cross-complained against the bank, alleging the bank misrepresented and omitted material facts about the dealership when he purchased it. In reversing a jury verdict against the bank, the appellate court stated the defendant was a knowledgeable car man. Although he testified he trusted and relied upon the Bank to furnish him complete honest information, he could not abandon all caution and responsibility for his own protection and unilaterally impose a fiduciary relationship on the bank without a conscious assumption of such duties by the bank. See too: Kruse v. Bank of America, where the court stated the plaintiffs could not have reasonably expected what they said they expected from the bank’s promises and assurances.

After the purchase, the buyer learned that the dealership was operated at a loss as reflected in audited statements prepared before the negotiations and sale sued to allege breach of contract, deceit, and negligent misrepresentation against the former owner. The Court assumed a duty between the former owner and the buyer and reaffirmed the tort of negligent misrepresentation against the dealer.

Other courts employ three different tests to determine what, if any, duty an accountant has to a third party in preparing a financial statement for his own client. These tests were:

1) The Traditional (Ultramarines) Approach holds that before a plaintiff could sue an accountant, he had to have privity or a relationship equivalent to privity. The Plaintiff must establish:
(a) the accountants must have been aware that the financial reports were to be used for a particular purpose or purposes;
(b) in the furtherance of which a known party or parties was intended to rely upon; and
(c) there must have been some conduct on the part of the accountants linking to that party or parties, which evidences the accountants’ understanding of that party or parties’ reliance. See Ultramares v. Touche and Credit Alliance Corp v. Arthur Anderson and Co.

2) The Foreseeability Approach holds that an accountant is liable to a third party whose reliance on the accountant’s services was reasonably foreseeable to the accountant. Accordingly, an accountant who prepares an audit report is liable to a third party for negligent misrepresentation if it is reasonably foreseeable that such a third party might obtain and rely on the audit report. This is an expansive view of accountant liability, and even a number of the small group of states that adopted it has retreated from it. New Jersey, for example, passed a more restrictive statute: N.J. Stat. Section 2A: 53A-25 (L. 1995, 2000).

3) The Restatement Approach adopted over half the states holding an accountant liable to the third party if he supplies information to a third party that is actually foreseen as a user of the information for a particular purpose. In other words, for liability to attach, the plaintiff must be a member of a limited class to whom the accountant intends to supply the information, or to whom the accountant knows the recipient intends to supply it, and who suffers a loss through reliance on the information for substantially the same purposes as the bonafide client. For example, the accountant may be held liable to a third-party lender if the client informs the accountant that the audit report would be used to obtain a loan, even if the specific lender remains unidentified or the client’s names one lender and then borrows from another.

Every jurisdiction has statutory definitions for libel and slander, the elements of which include a false and unprivileged publication by writing or orally, which tends to injury a person concerning his office, trade, or business. Included are statements impugning the competence of a dealer to manage the affairs of a dealership.

During the course of negotiations, a buyer sometimes becomes frustrated with a seller’s actions and expresses those frustrations by impugning the seller’s ability to operate a dealership. Such statements, while generally harmless, assume a magnified significance when the purchaser is negotiating to acquire a financially troubled dealership. At best, under such circumstances, lenders are apprehensive; at worst, they are neurotic. Invariably, at some point during the negotiations, a purchaser will meet the seller’s lender, and at that point in time — more than any other — the prospective purchaser must realize that he has the ability to damage the seller and must be disciplined enough to be discreet when commenting upon the seller’s status, our abilities, regardless of how determined a lender’s inquiries may appear.

Interference with a Contract or Prospective Contract

Whether or not a prospective buyer becomes the ultimate purchaser, the prospect has a duty not to intentionally or negligently interfere with a contract or, in many states, a prospective business advantage of the seller. Again, during the course of negotiations, there are occasions when a purchaser is tempted to say or do something in order to frighten a competitive bidder and preserve an exclusive business opportunity. Such actions are proscribed, and when called upon to determine the legitimacy of the purchaser’s actions, the courts will generally consider the following factors:
(a) the conduct
(b) the motive;
(c) the interests of the other with which the actor’s conduct interferes;
(d) the interests sought to be advanced by the actor:
(e) the social interest in protecting the freedom of action of the actor and the contractual interests of the other;
(f) the proximity or remoteness of the actor’s conduct to the interference, and
(g) the relationship between the parties. See Second Restatement of Torts and Buckaloo v. Johnson.

The increased dollar value of dealerships, combined with the higher level of sophistication of today’s automobile dealer versus the automobile dealer of twenty years ago, has led to more dealers being willing to litigate when they have been damaged. Recently, that litigation has expanded from dealers suing manufacturers to dealers suing dealers. If one had to predict the area in which litigation will expand in the next ten years, one would have to include in that prediction the area surrounding buy-sell negotiations.

The courts have held, time and again, that hard bargaining is part of the American system [Sheehan v. Atlantic International Insurance Co., but they have also noted that the notions of fair play and a sense of propriety are also a part of that system. [Rich Whillock, Inc. v. Ashton Development, Inc.] And, while many scholars agree that the most successful negotiations result in solutions where both parties, to one degree or another, win, the courts recognize that each party not only has a duty to protect their own interests and that of their shareholders [Cosoff v. Rodman (In re W.T. Grant Co.], but that people who do not affirmatively perform that duty [due diligence], have no cause of action against their opponents because the opponents did not perform the duty for them. [See Dennison State Bank v. Madeira, 230 Kan. and Macon County Livestock Market, Inc. v. Kentucky State Bank, Inc.].

In summation, the negotiation table is a business table at which both parties are expected to be at their best with respect to preparation, presentation, and determination. If one party is lacking in one of the categories, it is not the other party’s responsibility to supplement the deficiency. On the contrary, the participants have a duty to themselves, their families, and their shareholders to obtain the best possible terms without unjustly fettering the opposing party’s ability to respond.

John Pico is the managing partner of Advising Automobile Dealers LLC. Mr. Pico served as a court-appointed “Consultant to Debtor” in bankruptcy cases, a “Court Appointed Mediator” in automotive disputes, the “Court Appointed Arbitrator / Appraiser” in partnership disputes, a “Court Approved Consultant to Receiver” in a check-kiting case, as a “Superior Court Mediator” in dealership/lender litigation and has been recognized as an expert witness on both State and Federal levels.