Recent investigations in the study of demographic trends at the global level are currently making light on a very controversial aspect, although ignored by global institutions, like O.N.U., U.N.D.P., G 20, same by organizations with attributions in the educational field (as UNESCO, Youth International Authorities and other). The so-called “demographic winter” phenomenon, which reveals the dramatic consequences of the “modern” life, marked by familial and moral decline, by miscarriage, vulgarization, and the homosexuality “normalization,” by the poisoning influence of the majority of mass media and the “Hollywood culture” are inoculating egocentrism, frivolity, and irresponsibility. Considering this demographic trend offers a new dimension to how abundance and resource of the world are distributed and gives a new vision on elementary educational issues. 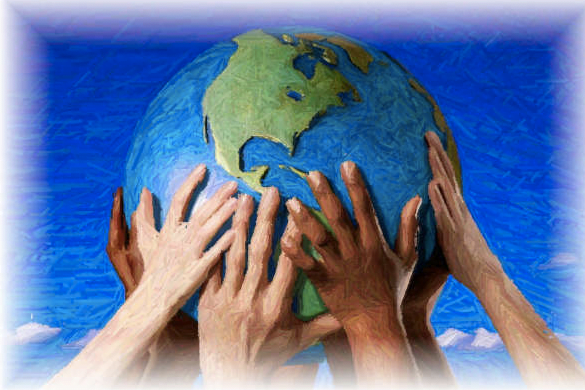 The globalization of education reflects itself in the extension and unification of educational practices, used by all those public or private entities involved as active social educators. Over time, the public education systems in developed or emerging countries, which promote formal education, illustrate with consistency the practice of a classical education system. In the field of non-formal education, there are used more innovating and diverse methods of education. Still, unfortunately, few of these are oriented upon individual behavior reshaping in the global context. They are looking only to proliferate consumerist habits by preparing youngsters for a successful professional career start. On the other hand, NGOs with international coverage and professional training companies have fixed the currently understood “development in education” in comfortable limits. This makes room for a reshaping of educational fundamentals and, more obviously, for the ultimate purpose of learning.

Most people think that education should equip them with the proper exploitation instruments to forever trample over the masses. Still, others think that education should furnish them with noble ends rather than a means to an end. The function of education, therefore, is to teach one to think intensively and to think critically. But education that stops with efficiency may prove the greatest menace to society. The most dangerous criminal may be the man gifted with reason but with no morals.

The technological revolution, the broad access to information, and the modern lifestyle facilities have made possible the appearance of an irreversible phenomenon in the conflict between generations. In our present times, the children, “sons of globalization,” have access to multiple sources of information, with the internet being most of the time an instrument of self-education. The balance is leaning in favor of the power of informed youth, who become “the teachers,” explaining the new world order to the eldest. This theory considers the acceleration of technology and the way of our lifestyle, but, beyond its observational character, it does not bring up the discussion on the relevance of educational systems, visible outmoded, which attempts to destroy the moral and statutory principles. The wisdom is transmitted from the old generation to the youth, and not backward.

Therefore we are raising the question regarding how organisms responsible for educational issues should reconsider the fundamentals of this basic activity, which clearly has guided the evolution of our world so far. It isn’t enough for organizations like U.N.E.S.C.O or U.N.D.P. to confront the absence of primary education and the discrimination regarding access to education in underdeveloped countries to avoid resettling the educational needs inside an inappropriate system. It is necessary to deal with these aspects properly because we consider education the key element that can slow down the process of planet and people self-destruction.

The proposal regarding fundamentals reshaping and reviewing the individual education, approached in all stages and cycles of life, starts with the assumption that “Man has to be educated to act responsibly towards the environment and civilization, and not interfere in the harmony and balanced world development with his behavior.” This observation, not exactly recent, triggered a chain of initiatives in the educational system in countries like France, Italy, Germany, including Romania. Still, I consider that implementing Civic Education in the gymnasium module is not enough neither convincing.

We feel that the new fundamentals and principles of education, which must be known, understood and applied by every teacher, through all the range of educational processes in the long life learning of individuals, and also in the nonformal educational process, whereat people have access during existence are:

1. Self-consciousness – is essential because it allows every individual to find his role in society, to know his weak points, and to develop them according to his unique talents genetically inherited. A person aware of his/her self can easily act in choosing the occupation or the carrier to practice that he or she will direct his energies to and recognize the real problems that the world and society faces. Consciousness-based education, introduced in 1971 by Maharishi Mahesh Yogi, is unique in its ability to develop the total brain potential of every student effectively.

2. Stimulating creativity – this special quality is reflected in the mental and social process of generating new ideas, concepts, associations and permits individual adaptation to unpredictable contexts and situations. There are simple techniques associated with lateral thinking that can promote this capacity, for example, improvisation, fiction as an imaginary product (Randomness, Improvisation, P.S.).

3. Communication – in the actual forms and methods used as learning practices, communication is not capitalized at being the supreme value because mostly individual activity it’s encouraged, which promotes inappropriate values like egoism, indifference, self-interest. Without communicating problems and discussing difficult situations, there is no way to solve the issues in optimal time, quality, and accuracy. The man can not act in terms of social responsibility as a “macro attitude,” which I consider shallowly approached, especially in the economic environment.

4. Promoting a responsible role in society – education must train one for quick, resolute, and effective thinking. To think incisively and to think for one’s self is very difficult. We are prone to let our mental life become invaded by legions of half-truths, prejudices, and propaganda. At this point, I often wonder whether or not education is fulfilling its purpose. A great majority of the so-called educated people do not think logically and scientifically. Even the press, the classroom, the platform, and the pulpit, in many instances, do not give us objective and unbiased truths. In my opinion, saving man from the morass of propaganda is one of the chief aims of education. Education must enable one to sift and weigh evidence, discern the true from the false, the real from the unreal, and the facts from the fiction. This is how he or she could develop and exercise an active role in society.

5. Changing opening – to be able to intervene in the actual course of the life circle, accepting and promoting the changes is considered a healthy habit, which stimulates the flexibility and the disruption of existing corporately stereotypes, which are heading humanity to destruction, because of the ignorance or simply because of unknown problems that Terra is facing. From this perspective, the change tackling implies a real transformation at the psychological level and of human behavior Therefore, satisfying those priorities needed to be handled immediately. Here we refer to the necessity of a re-conversion of the world economy from a military economy to a civil one, immediate solutions for energetic and environmental problems, and the underdevelopment and poverty aspects propagated into the world.

6. Global vision upon the world – the actual educational system, as a whole, is constituted by a sum of operations (method -> evaluation -> communication), whose final objective must reflect a pragmatic and global view of the world. However, at present, the youth is informed regarding global problems through sources like mass media, not making possible a healthy analysis, not making possible a debate and thoroughness facilitation that could lead to the understanding and building-up personal opinions regarding aspects like underdevelopment, global economic relations, international monetary system, etc.

7. The ability to solve problems – solving problems is the easiest way to re-create conditions and actions in an artificial manner, an experience which allows pupils and students to deal with constructively and to develop solutions for different problems. Learning systems that are basically constructed like this are superior because it helps individuals to recognize and adapt to the specific economic, social, psychological, spiritual context and detect real problems in any form, associating optimal alternatives of decision. For example, simulating a complex economic context for a start-up enterprise leads to stimulating individual creativeness and decision-making abilities.

8. Multidisciplinary teams – to permit the reshaping and the restructuring of scholar curricular in the needed form to develop these abilities and capacities, we are suggesting even some changes in the study of the discipline, considering the logical and contextual relations between them, providing an understanding of all existing correlations at a certain point. For example, Public Finances should be studied in the International Monetary System context and not separately. At the same time, this characteristic involves, according to those said before, the start point of collaborations between students coming from different specializations to accomplish complex projects with a multidisciplinary approach. In this case, the elaboration of a business plan would unite students from different specializations in an economic science discipline (services, marketing, management) and students from engineering, agriculture, and others profile Universities.

Next Post Sex Education: Its Importance and Need in the Society