According to the specification of the research object, scientific works in the theories of finances and credit are characterized to be many-sided and many-leveled. 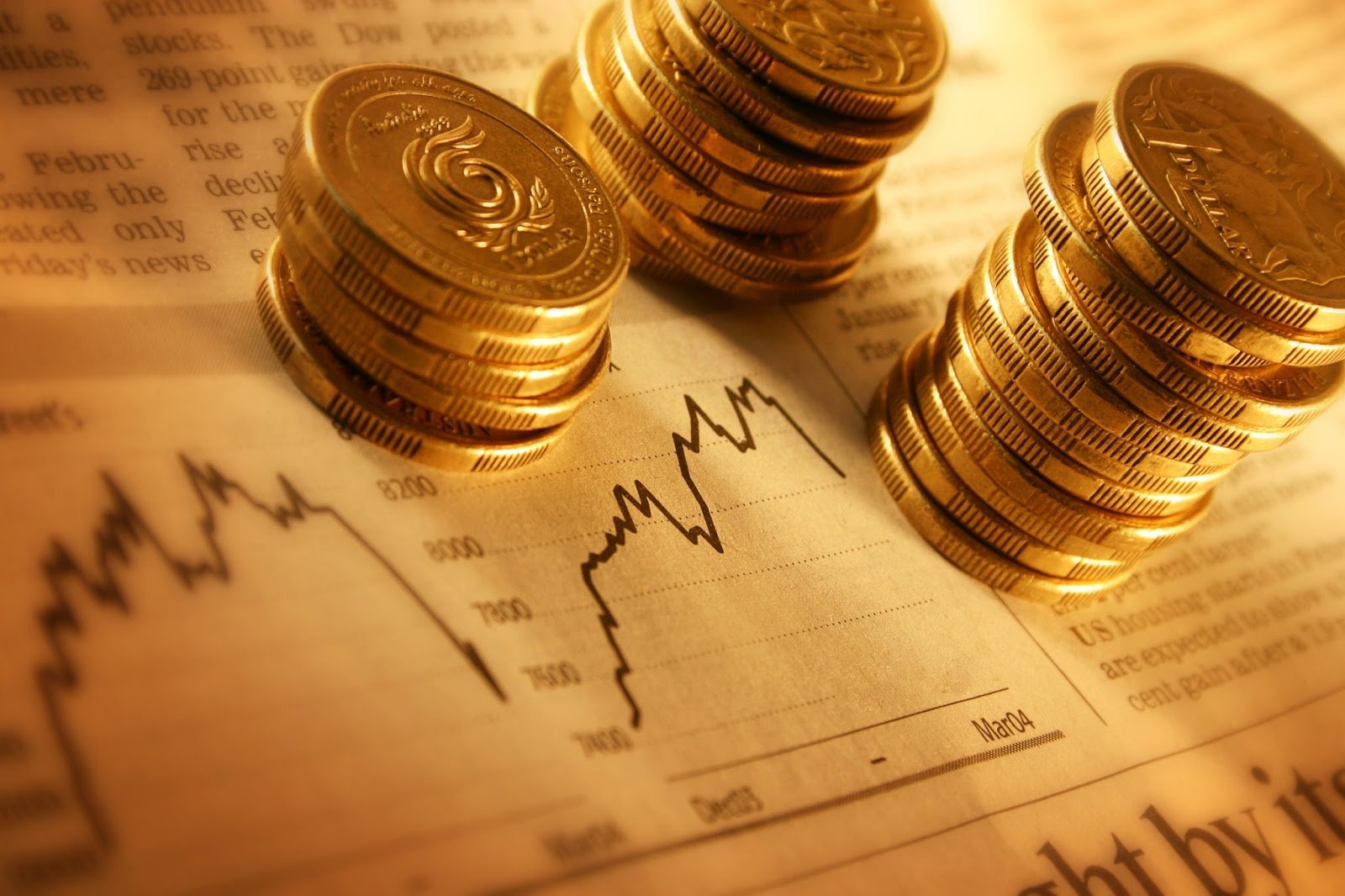 The definition of totality of the economical relations formed in the formation, distribution, and usage of finances, as money sources are widely spread. For example, in “the general theory of finances,” there are two definitions of finances:

1) “…Finances reflect economical relations, formation of the funds of money sources, in the process of distribution and redistribution of national receipts according to the distribution and usage”. This definition is given relatively to the conditions of Capitalism when cash-commodity relations gain universal character;

2) “Finances represent the formation of centralized ad decentralized money sources, economic relations relatively with the distribution and usage, which serve for fulfillment of the state functions and obligations and also a provision of the conditions of the widened further production.” This definition is brought without showing the environment of its action. Nevertheless, we share partly such explanation of finances and think expedient to make some specification.

This latest first appears to be a part of the value of main industrial funds; later, it is moved to the cost price of a ready product (that is to the value too), and after its realization, it is set the depression fund. Finally, its source is considered beforehand as a depression kind in the consistence of the ready products cost price.

Second, the main goal of finances is much wider than “fulfillment of the state functions and obligations and provision of conditions for the widened further production.” Finances exist on the state level and on the manufacturers and branches’ level too, and in such conditions, most manufacturers are not stated.

V. M. Rodionova has a different position about this subject: “real formation of the financial resources begins on the stage of distribution when the value is realized, and concrete economical forms of the realized value are separated from the consistence of the profit.” V. M. Rodionova makes an accent of finances, as distributing relations when D. S. Moliakov underlines the industrial foundation of finances. Though both of them give quite substantiate discussion of finances, as a system of formation, distribution, and usage of the funds of money sources, that comes out of the following definition of the finances: “financial cash relations, which forms in the process of distribution and redistribution of the partial value of the national wealth and total social product, is related with the subjects of the economy and formation and usage of the state cash incomes and savings in the widened further production, in the material stimulation of the workers for satisfaction of the society social and other requests.”

In the manuals of the political economy, we meet with the following definitions of finances:
“Finances of the socialistic state represent economic (cash) relations, with the help of which, in the way of planned distribution of the incomes and savings the funds of money sources of the state and socialistic manufactures are formed for guaranteeing the growth of the production, raising the material and cultural level of the people and for satisfying other general society requests.”
“The system of creation and usage of necessary funds of cash resources for guarantying socialistic widened further production represent exactly the finances of the socialistic society. And the totality of economic relations arisen between state, manufactures and organizations, branches, regions and separate citizen according to the movement of cash funds make financial relations”.
As we’ve seen, definitions of finances made by financiers and political economists do not differ greatly.
In every discussed position, there are:

1) expression of essence and phenomenon in the definition of finances;

2) the definition of finances as the system of creating and using funds of cash sources on the level of phenomenon.

3) Distribution of finances as social product and the value of national income, the definition of the distributions planned character, main goals of the economy and economic relations, for servicing of which it is used.

I refuse the preposition “socialistic” in the definition of finances; we may say that it still keeps actuality. We meet with such traditional definitions of finances, without an adjective “socialistic,” in the modern economical literature. We may give such an elucidation: “finances represent cash resources of production and usage, also cash relations appeared in the process of distributing values of formed economical product and national wealth for the formation and further production of the cash incomes and savings of the economical subjects and state, rewarding of the workers and satisfaction of the social requests.” in this elucidation of finances like D. S. Moliakov and V. M. Rodionov’s definitions, following the traditional inheritance, we meet with the widening of the financial foundation. They concern “distribution and redistribution of the value of the created economical product, also the partial distribution of the value of national wealth.” This latest is very actual, relatively to the privatization process and the transition to privacy and is periodically used in practice in different countries, for example, Great Britain and France.

“Finances – are cash sources, financial resources, their creation and movement, distribution and redistribution, usage, also economical relations, which are conditioned by entering calculations between the economical subjects, movement of cash sources, money circulation and usage.”
“Finances are the system of economic relations, which are connected with firm creation, distribution, and usage of financial resources.”

We meet with absolutely innovational definitions of finances in Z. Body and R. Merton’s basis manuals. “Finance – it is the science about how the people lead spending ‘the deficit cash resources and incomes in the definite period of time. The financial decisions are characterized by the expenses and incomes which are 1) separated in time, and 2) as a rule, it is impossible to take them into account beforehand neither by those who get decisions nor any other person”. “Financial theory consists of numbers of the conceptions… which learns the subjects of distribution of the cash resources systematically relatively to the time factor; it also considers quantitative models, with the help of which the estimation, putting into practice and realization of the alternative variants of every financial decision take place”.

These basic conceptions and quantitative models are used at every level of making financial decisions. Still, in the latest definition of finances, we meet with the following doctrine of the financial foundation: the main function of the finances is in the satisfaction of the people’s requests; the subjects of economic activities of any kind (firms, also state organs of every level) are directed towards fulfilling this basic function.

For the goals of our monograph, it is important to compare well-known definitions about finances, credit, and investment, to decide how and how much it is possible to integrate the finances, investments, and credit into one total part.

N. K. Kuchukova underlined the independence of the category of credit and noted that it is only its “characteristic feature the turned movement of the value, which is not related with transmission of the loan opportunities together with the owners’ rights.”

N. D. Barkovski replies that the functioning of money created an economic basis for apportioning finances and credit as an independent category and gave rise to the credit and financial relations. He noticed the Gnoseological roots of science in money and credit. The science about finances has business with the research of such economical relations, which lean upon cash flow and credit.
Let’s discuss the most spread definitions of credit. In modern publications, credit appeared to be “luckier” than finances. For example, we meet with the following definition of credit in the finance-economical dictionary: “credit is the loan in the form of cash and commodity with the conditions of returning, usually, by paying percent. Credit represents a form of movement of the loan capital and expresses economic relations between the creditor and borrower”.

This is the traditional definition of credit. In the earlier dictionary of the economy, we read: “credit is the system of economic relations, which is formed while the transmission of cash and material means into the temporal usage, as a rule under the conditions of returning and paying percent.”
In the manual of the political economy published under reduction of V. A. Medvedev, the following definition is given: “credit, as an economical category, expresses the created relations between the society, labor collective and workers during formation and usage of the loan funds, under the terms of paying present and returning, during transmission of sources for the temporal usage and accumulation.”

Credit is discussed in the following way in the earlier education-methodological manuals of political economy: “credit is the system of money relations, which is created in the process of using and mobilization of temporarily free cash means of the state budget, unions, manufactures, organizations and population. Credit has an objective character. It is used for providing widened further production of the state and other needs. Credit differs from finances by the returning character, while financing of manufactures and organizations by the state is fulfilled without this condition”.

Next Post Alternative Financing Vs. Venture Capital: Which Option Is Best for Boosting Working Capital?