In “Free Will: The Illusion and the Reality, and How Our Minds Rule the Day,” I discussed a view that the multi-level capacity of the human mind, i.e., its ability to loop back on its own processes, enabled our exercise of free will.Sci Burg 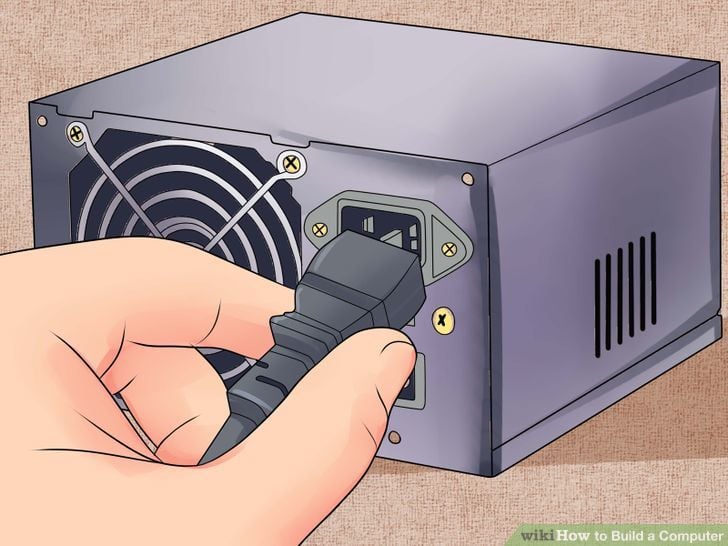 Consistent with that, I argued we needed to “exercise” our free will, since absent a disciplined approach, absent our self-watching of our own decision making, that decision making could become controlled by the subconscious and predetermined factors. Free will could go away.

A question now is can computers exercise free will? That is an interesting question in itself (at least to some; others within their free will can decide that the question is not interesting). The question also shines a spotlight on the still considerable skills of the human mind.

Summary show
Computers: What They Can Do
Can Computers Exercise Free Will?
But Human Free Will
Free Will, Humans vs. Computers

Computers: What They Can Do

Computers today have an array of amazing capabilities but also severe limitations.

Computers are fast, of that there is no doubt. And they are getting faster. Computers are flexible, to the extreme; they can be programmed to perform multiple tasks, just about any task. Computers can self-correct; they can review their output, adjust factors, and even code to improve their accuracy and performance.

For all that, computers have limitations. Computers are not yet very good at sensory input. Thanks to several hundred million years of evolution of life (or, if you prefer, due to the design of a god or higher power), the human brain can integrate sight, sound, smell, touch, and taste and do so essentially instantly. We can then store such integrated experiences, millions of them, and match our current experiences, even if distorted, shifted, or disoriented, to the stored past experiences.

In contrast, computers can not (yet) do sensory integration. We do have computers that can process visual input to navigate obstacles. We marvel at that. But consider human’s ability to experience and recount the rich, sensual tableau of a mother’s kitchen during Thanksgiving preparation that no computer can do.

Computers, in the same vein, are not good at forwarding visualization. Certainly, computers can project forward the weather, but they can’t project forward a sensory image of what twelve inches of snow looks like and how to handle the children when school is cancelled.

Computers are not yet very good at meaning. Humans are. Humans can take logical structures, symbolic shapes, remembered experiences, forward visualizations, categorized information, and create meaning. Computers can link information on these items. But that is akin to drawing lines on paper. Computers can not build integrated three-dimensional, symbolic/visual/temporal constructs in any sophisticated way to create what we call meaning.

Computers, so far, do not have algorithms that are so inherently self-reflective. If a computer has an algorithm for observing the terrain, that algorithm can not turn inward and observe itself observing. If a computer has an algorithm for correlating text passages across millions of input documents, that algorithm can’t correlate the bitstreams internal to itself that are generated by the process of correlating text passages.

Can Computers Exercise Free Will?

Let’s start with what we mean by free will, or at least a common sense, but decidedly non-rigorous, the definition of free will. Let’s say free will would be the ability to select among alternatives to best advance goals and do so in creative ways that may or may not extend from prior conditions or experiences.

I would then say computers can make free choices. Computers can look at situations with multiple options and select one in a way that extends beyond the deterministic limits of their programming.

For all that, I would say, however, that computers can not make free choices anywhere comparable to the range that humans can.

Let’s examine where computers make free choices. Let’s start with a computer-controlled vehicle, by itself, is complex but static terrain, faced with a decision on which of three roads to take. Such a computer/vehicle combination could survey the roads, identify hazards, calculate physical parameters, assess probabilities, then run Monte Carlo simulations to pick the best choice.

This would reasonably resemble free will. Why? Because of the link between the initial conditions plus computer code and the final outcome, that link, though in some sense determined, is so intricate that the concept of cause and effect starts to be devoid of meaning. If two of the three roads were acceptable and of almost equal weighting, the extensive series of calculations the computer executed, and the potential for the outcome of those calculations to be sensitive to minor variations, means essentially no ability exists to predict the outcome from the input.

So I will count that as the ability to choose between options without the choice being decidedly determined by initial conditions.

But Human Free Will

That is nice; computers can guide a motorized vehicle through rough, unknown terrain in experimental situations.

But put that vehicle into a war. Several things happen.

Computers can not ascribe meaning to the attributes of war. Death, destruction, mercy, justice, sacrifice, justification, horror, subjugation, honor, bravery, and on and on, the computer can not in any way integrate those critical and important consequences and characteristics of war into any realistic sense of meaning and ethics. Certainly, we can develop algorithms to convert those items to numbers. Still, even with that, the computer can not inherently attribute to those numbers the meaning the underlying attributes of war have for humans.

Computers can not integrate the chaos of ground warfare. The battlefield contains friendly and enemy troops, civilians, physical objects, smoke, sounds, hazards, and on and on. At present, highly trained humans, given the superiority of sensory processing of the mind, can integrate that information, compare it to prior situations and training, and determine a course of action. And do so in real-time. Computers can not.

Computers can not reflect on their own decisions and involvement in war. While making decisions on how to wage war, humans can reflect on the decision to create situations where such decisions are needed. Humans can ask why we are at war, examine their own motives, and then change their decisions. If programmed to engage in war, robots might have some input vs. output comparators but could not use their algorithms for fighting a war to review whether fighting that war made moral sense.

Free Will, Humans vs. Computers

Through biological, psychological, and cultural evolution, the human brain, and for some the impetuous of a God, now possesses complex, integrated, multi-level capabilities. These are uniquely adapted to our external and internal environment and richly endowed with emotion, meaning, and self-reflection.

Computers, just decades old, remain largely linear, single level, forward processing, very fast calculators. That notwithstanding, computers, thanks to their own capabilities and the ingenuity of humans, are advancing light years faster than humans ever did. It is not known if an inherent barrier exists to computers possessing the capabilities of human brains, but if no such limit exists, computers in future centuries, or even future decades, could surpass the human brain.

However, for now, that is not the case. In terms of free will, computers remain the lesser, and though they can exercise free will in some sense, they are not nearly on the same level as humans.

David Mascone has degrees in Engineering and Business. He has interests in science, philosophy, and theology. His leisure activities include sports, hiking, science fiction, and little league umpiring. His intellectual focus is finding consistency and synergies between the great masterpieces of the human intellect, including religion, science, and art.