Firstly, we need to look at what the words “gaming keyboard” actually mean. Well, I will tell you that it is exactly what you think it is. It is a keyboard for gaming. It stops there with most people because they think that just because it is a gaming keyboard, it can only be used for gaming and nothing else. They don’t realize that a gaming keyboard can be used for much more than just gaming. So this article is aimed at giving some advice in regards to choosing the right gaming keyboard for you. I remember my first programmable gaming keyboard (the Logitech G15) and how I struggled with it. The only reason why I wanted it was because it was experiencing the best on the market at the time, and I felt for that reason I needed to own one. I had absolutely no idea what to do with it or what I would use it for. I did, however, almost add another feature to its already impressive list of pre-installed features by illustrating just how effective the keyboard can be in a game of cricket or anything involving a bat. It really irritated me because I did not need it for all the functions and because they were there, I felt I had to use them all. I did use them all in the end, but that was only because I advanced my gameplay and, in doing so, required more functions out of the keyboard.

Must-Have Features of Your Gaming Keyboard

So let’s take a look at some of the aspects that we will have to deal with when looking at gaming keyboards. 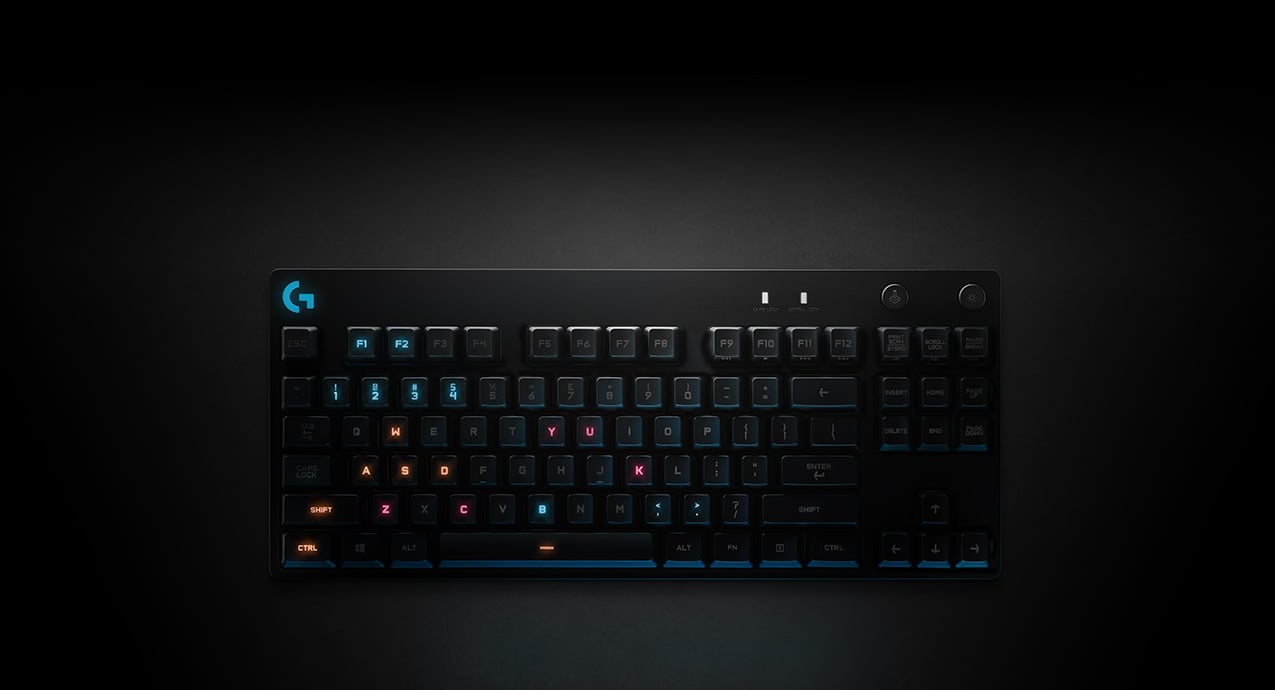 Now, as we can see, there are many features that you will find installed on a gaming keyboard, but the important thing now is to know what they can do and when to use them. Let’s take a closer look at the features and see how they can be used for gaming and outside of gaming.

The LCD Display screen is a screen at the top of the keyboard (typically in the middle), displaying a host of information to you during gameplay. An example of the information displayed is; vital game statistics, system statistics, VOIP communication data. You can even see what server your friends play certain games on, such as World of Warcraft. You can also watch photo slide shows on the screen and YouTube videos (this feature is only on the Logitech G19). So there we can see how good the LCD screen is. Outside of gaming, you can still see system statistics displayed, but only on the Logitech G19 can you watch videos and photo slide shows.

Programmable G-Keys (or game keys) are keys that can be programmed to execute certain commands. You can program multiple keys to be executed with a single keypress. So, in other words, if you have a command which you would like to execute but it has more than one keystroke required, then you would program a G-key to perform all those keypresses for you. Now, this is vital in game playing, especially in strategy and role-playing games. But programmable keys can also be used in everyday computing. I own the Logitech G19 Gaming Keyboard, and I use the programmable key feature to program my passwords and small snippets of text which is normally login information. This is a great feature for those that work with databases or anything where numerous logins are required. It is also good for designers and editors, where numerous keypresses are sometimes required.

Back Lighting is a really cool feature. This is standard on all gaming keyboards, irrespective of all the other features mentioned above. Basically, what this feature does is illuminate the keys from underneath. There are typically three levels of brightness for the backlighting. However, although the backlighting is standard on gaming keyboards, not all of them have the same colors or as many colors as others do. The Logitech G19 and G510 are gaming keyboards with a host of different colors, whereas others have only three or just one. This is not only good for gaming, especially if games are played in low-lighted or even dark areas, but also a great asset to changing the style of your workstation. There are people out there that want a new look for their workstation, and backlit keyboards do the trick.

Anti-Ghosting is a feature whereby missed keypresses are, in fact, actually recorded and not voided. This happens with multiple keypresses, albeit not frequently, but the keypresses won’t be recognized without anti-ghosting.

In-game mode, the switch is a feature that disables the Windows/Context key during gameplay, so you don’t accidentally get kicked out of your game. Which I am sure has happened to all of us at some point. 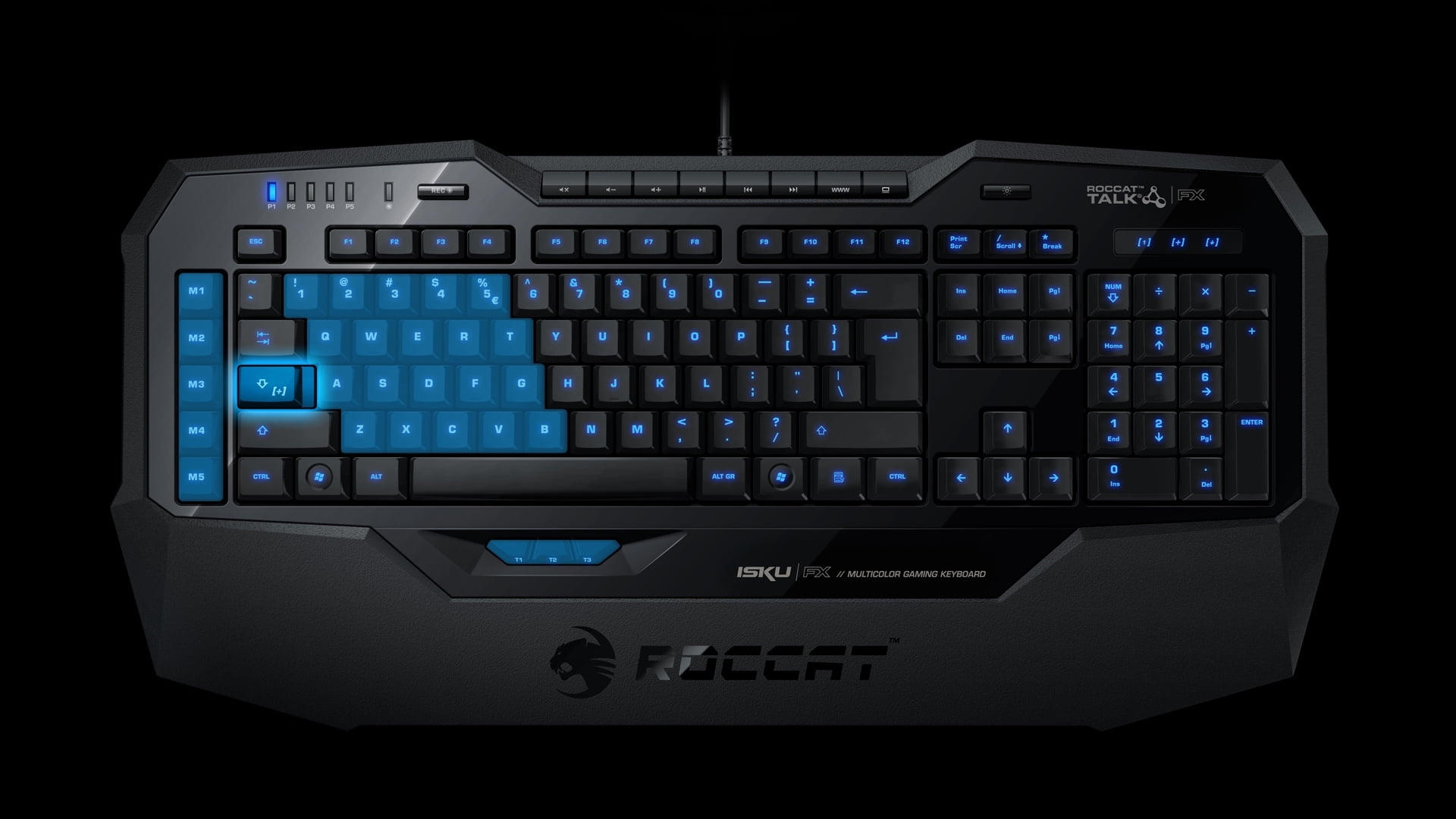 Media controls, this feature is great as you can control volume, playback, and mute from the keyboard itself. This feature works for headsets connected to the keyboard and the sound emitting from the computer itself. So there is no need to find the controls on the screen if you want to turn down the volume quickly.

Detachable Key Pad. This is also an elegant feature as you can move the keypad to either the left or the right side, depending on which hand you are more comfortable using for operating. Again, this feature is another feature you can use outside of gaming.

High-Speed USB Ports are a great advantage as you can Plug and Play with comfort. Also, through this feature, you can transfer data between devices, such as MP3 Players and Flash Drives, and you can do all this while charging your battery-powered devices. Another great feature that can be used outside of gaming.

Automatic Profile Switching is a feature that allows you to automatically or manually change the profile you are in or want to be in. With the automatic function, the keyboard detects the application you are running and automatically applies the profile you previously set for that application. A really cool feature, especially if you like to play in different modes (Microsoft Sidewinder X6 had this feature).

The cruise control feature is also a convenient feature to have as it allows you to continue an action without having to hold down all the different keys required to act. You can even use the cruise control function for up to four keypresses (installed on the Microsoft Sidewinder X6)

So as we can see, all the installed features on a gaming keyboard can also be used for everyday computing, although the obvious design factor was initially for gamers in the first place. Another thing we must look at is the structural design of the keyboard. We will notice that some of the keyboards are slightly bulkier than a standard keyboard. This is to be expected as the keyboard itself houses more keys, requires more space for electrical components, and other hardware utilities required for gameplay. But what is also great about gaming keyboards is that they are designed for ergonomic purposes. This is because gamers spend a lot of time in front of their keyboards, and they are more prone to wrist, arm, and hand discomfort than users of a standard keyboard. So the idea behind ergonomically designed gaming keyboards is to install some features that will reduce the risk of wrist discomfort overall. These features include; detachable and adjustable wrist rest, keyboards with zero slope designs, different keyboard foot lengths for effective raising or lowering of keyboards for comfort, and keys that can accommodate softer keypresses.

Now I am not sure how familiar you are with the terminology used in the gaming keyboard field, but below is a list of words that you will come across regarding gaming keyboards.

WSAD – These are the four keys you use to control movement, typically your W, S, A & D keys.

ANTI-GHOSTING – Typically, on a standard keyboard (or dome switch keyboard), the design is so that the keyboard uses columns and rows of wires. Through this design, the results can be inaccurate when lots of keys are pressed at once. When this happens, the dropped keys become “ghosts.” With keyboards that have anti-ghosting capabilities, they use a small dab of carbon at each switch site to prevent the contact of the keys from shorting the rows or columns of wires. In doing so, this allows the keyboard to decode each key press separately. 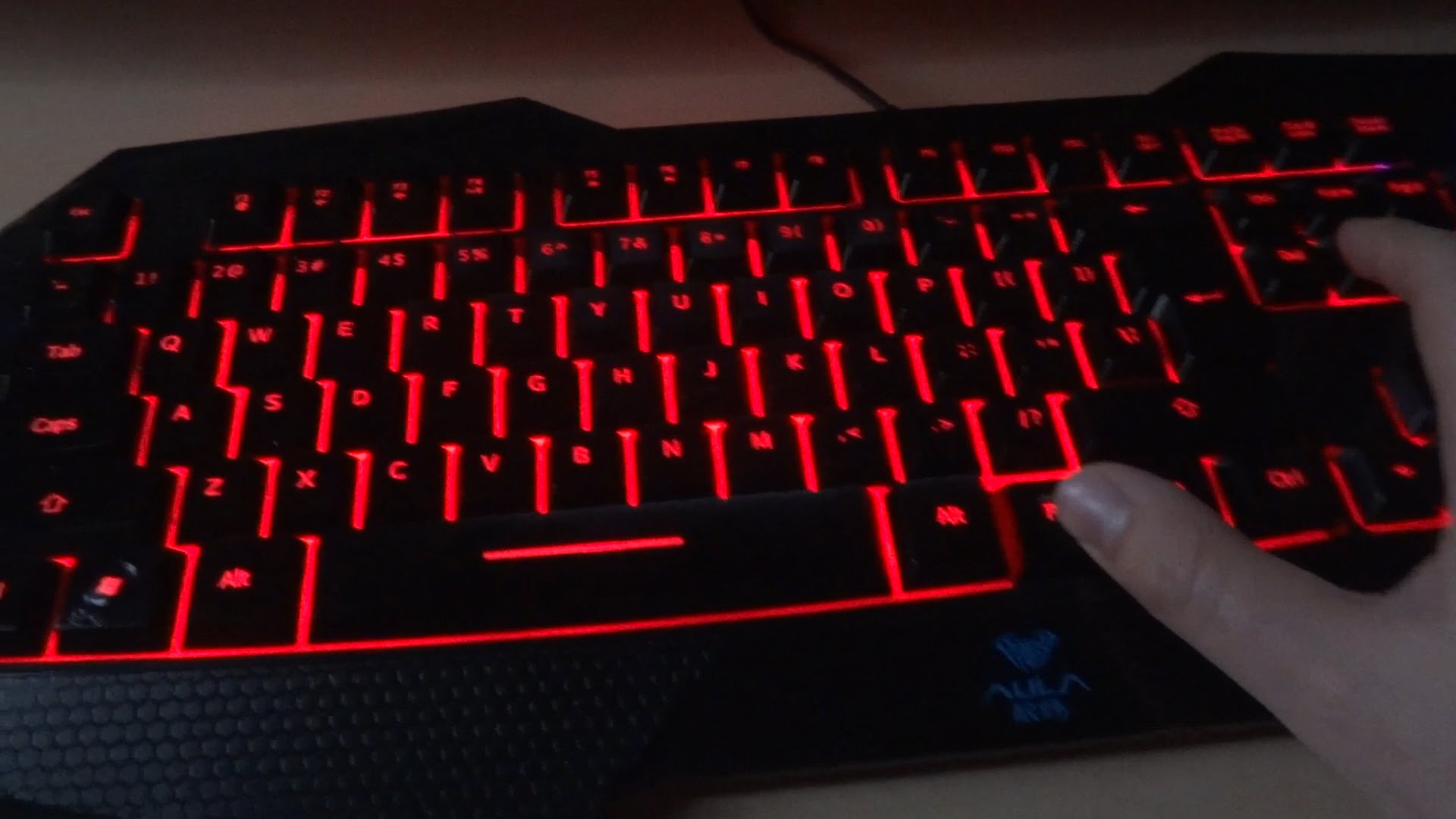 OPTICAL – Optical is basically a device used for producing or controlling light. So if you took an optical mouse, for example, it would be a mouse that produces light and, in doing so, uses the light to register its movement on your computer.

ULTRA POLLING – Ultra-polling in gaming mice increases the number of times the firmware on a mouse reports its tracking data to the computer to 1ms (1000hz). Doing so reduces the interval between each transmission of movement calculations and therefore gives the cursor on the screen a smoother and more precise feel with increased responsiveness.

HYPER RESPONSE – On a hyper response button, two stages go into the development of the button. This is basically to ensure that it can always be actuated no matter where it is pressed and how quickly it is pressed. So, therefore, if you don’t completely press down on a button or don’t press hard enough, the button will still actuate, and you will not lose response time.

ON-THE-FLY – This is basically just when you are doing something in a hurry or creating something quickly when needed.

G-KEYS – These are basically game keys. The keys that you can program with macros.

ERGONOMICS – This is basically a study to see how things interact with the human body. So if you were to take a pen, for example, holding it for long periods of time and writing with it could eventually cause discomfort to the hand and wrist. Making the pen’s design more ergonomically would allow for long periods of use without causing discomfort. This study is applied to everything that interacts or can interact with the human body.

Now the only answer I can give you about which gaming keyboard is the best is simple. It depends entirely on what you want to use the keyboard for. The industry is lead to believe the Logitech G19 Programmable Gaming Keyboard is the best on the market, and to a certain degree, it is. It has all the experience features that other keyboards have but is more advanced, and it is designed with serious gamers in mind, therefore lending itself to being classed as the best gaming keyboard ever. But in my opinion, a gaming keyboard or anything for that matter is only as good as what you need it for. If you don’t need it for many things, then don’t buy one that can do everything.