Today, health care fraud is all over the news. There undoubtedly is fraud in health care. The same is true for every business or endeavor touched by human hands, e.g., banking, credit, insurance, politics, etc. There is no question that health care providers who abuse their position and our trust to steal are a problem. So are those from other professions who do the same. 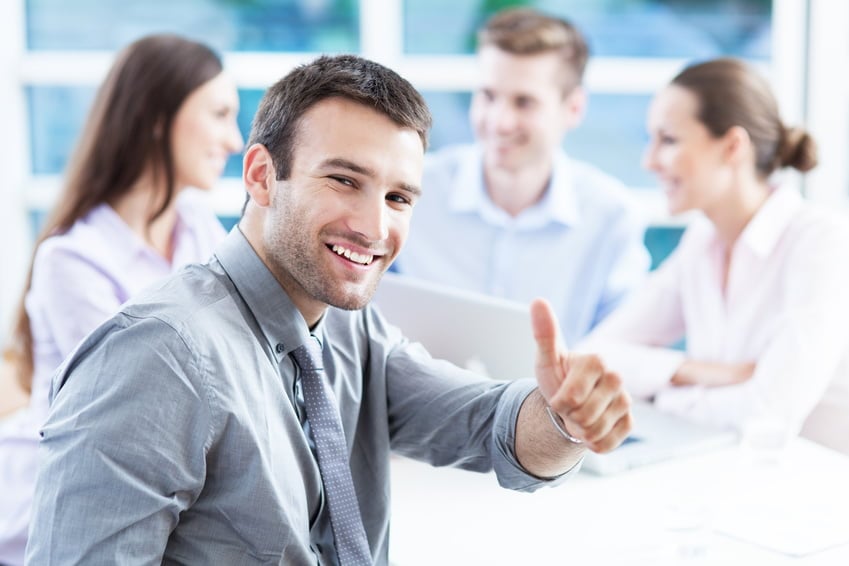 Why does health care fraud appear to get the ‘lion’s share of attention? Could it be that it is the perfect vehicle to drive agendas for divergent groups where taxpayers, health care consumers, and health care providers are dupes in a health care fraud shell-game operated with ‘sleight-of-hand precision?

Please take a closer look, and one finds this is no game-of-chance. Instead, taxpayers, consumers, and providers always lose because the problem with health care fraud is not just the fraud. Still, it is that our government and insurers use the fraud problem to further agendas. At the same time fail to be accountable and take responsibility for a fraud problem they facilitate and allow to flourish.

What better way to report on fraud than to tout fraud cost estimates, e.g.

– “Fraud perpetrated against both public and private health plans costs between $72 and $220 billion annually, increasing the cost of medical care and health insurance and undermining public trust in our health care system… It is no longer a secret that fraud represents one of the fastest-growing and most costly forms of crime in America today… We pay these costs as taxpayers and through higher health insurance premiums… We must be proactive in combating health care fraud and abuse… We must also ensure that law enforcement has the tools that it needs to deter, detect, and punish health care fraud.” [Senator Ted Kaufman (D-DE), 10/28/09 press release]

– The General Accounting Office (GAO) estimates that fraud in healthcare ranges from $60 billion to $600 billion per year – or anywhere between 3% and 10% of the $2 trillion health care budget. [Health Care Finance News reports, 10/2/09] The GAO is the investigative arm of Congress.

– The National Health Care Anti-Fraud Association (NHCAA) reports over $54 billion is stolen every year in scams designed to stick our insurance companies and us with fraudulent and illegal medical charges. [NHCAA, website] NHCAA was created and is funded by health insurance companies.

Unfortunately, the reliability of the purported estimates is dubious at best. Insurers, state and federal agencies, and others may gather fraud data related to their own missions, where the kind, quality, and volume of data compiled varies widely. David Hyman, professor of Law, University of Maryland, tells us that the widely-disseminated estimates of the incidence of health care fraud and abuse (assumed to be 10% of total spending) lacks any empirical foundation at all, the little we do know about health care fraud and abuse is dwarfed by what we don’t know and what we know that is not so. [The Cato Journal, 3/22/02]

The laws & rules governing health care – vary from state to state and from payor to payor – are extensive and confusing for providers and others to understand as they are written in legalese and not plain speak.

Providers use specific codes to report conditions treated (ICD-9) and services rendered (CPT-4 and HCPCS). These codes are used when seeking compensation from payors for services rendered to patients. Although created to universally apply to facilitate accurate reporting to reflect providers’ services, many insurers instruct providers to report codes based on what the insurer’s computer editing programs recognize – not on what the provider rendered. Further, practice building consultants instruct providers on what codes to report to get paid – in some cases, codes do not accurately reflect the provider’s service.

Consumers know what services they receive from their doctor or another provider. Still, they may not know what those billing codes or service descriptors mean in the explanation of benefits received from insurers. This lack of understanding may result in consumers moving on without clarifying what the codes mean or may result in some believing they were improperly billed. The multitude of insurance plans available today, with varying levels of coverage, ad a wild card to the equation when services are denied for non-coverage – especially if it is Medicare that denotes non-covered services as not medically necessary.

The government and insurers do very little to proactively address the problem with tangible activities that will detect inappropriate claims before they are paid. Indeed, payors of health care claims proclaim to operate a payment system based on trust that providers bill accurately for services rendered. They can not review every claim before payment is made because the reimbursement system would shut down.

They claim to use sophisticated computer programs to look for errors and patterns in claims, have increased pre-and post-payment audits of selected providers to detect fraud, and have created consortiums and task forces consisting of law enforcers and insurance investigators to study the problem and share fraud information. However, this activity, for the most part, deals with activity after the claim is paid and has little bearing on the proactive detection of fraud.

4. Exorcise health care fraud with the creation of new laws

The government’s reports on the fraud problem are published in earnest in conjunction with reforming our health care system. Our experience shows us that it ultimately results in the government introducing and enacting new laws – presuming new laws will result in more fraud detected, investigated, and prosecuted – without establishing how new laws will accomplish this more effectively than existing laws that were not used to their full potential.

With such efforts in 1996, we got the Health Insurance Portability and Accountability Act (HIPAA). Congress enacted it to address insurance portability and accountability for patient privacy and health care fraud and abuse. HIPAA purportedly was to equip federal law enforcers and prosecutors with the tools to attack fraud and resulted in the creation of several new health care fraud statutes, including Health Care Fraud, Theft or Embezzlement in Health Care, Obstructing Criminal Investigation of Health Care, and False Statements Relating to Health Care Fraud Matters.

In 2009, the Health Care Fraud Enforcement Act appeared on the scene. Congress has recently introduced this act with promises that it will build on fraud prevention efforts and strengthen the governments’ capacity to investigate and prosecute waste, fraud, and abuse in both government and private health insurance by sentencing increases; redefining health care fraud offense; improving whistleblower claims; creating common-sense mental state requirement for health care fraud offenses, and increasing funding in federal antifraud spending.

Undoubtedly, law enforcers and prosecutors MUST have the tools to do their jobs effectively. However, these actions alone, without the inclusion of some tangible and significant before-the-claim-is-paid actions, will have little impact on reducing the occurrence of the problem.

What’s one person’s fraud (insurer alleging medically unnecessary services) is another person’s savior (provider administering tests to defend against potential lawsuits from legal sharks). So is tort reform a possibility for those pushing for health care reform? Unfortunately, it is not! However, support for legislation placing new and onerous requirements on providers in the name of fighting fraud does not appear to be a problem.

If Congress really wants to use its legislative powers to make a difference on the fraud problem, it must think outside the box of what has already been done in some form or fashion. Instead, focus on some front-end activity that deals with addressing the fraud before it happens. The following are illustrative of steps that could be taken to stem-the-tide on fraud and abuse:

– DEMAND all payors and providers, suppliers, and others only use approved coding systems, where the codes are clearly defined for ALL to know and understand what the specific code means. Prohibit any one from deviating from the defined meaning when reporting services rendered (providers, suppliers) and adjudicating claims for payment (payors and others). Make violations a strict liability issue.

– REQUIRE that all submitted claims to public and private insurers be signed or annotated in some fashion by the patient (or appropriate representative) affirming they received the reported and billed services. If such affirmation is not present, the claim isn’t paid. If the claim is later determined to be problematic, investigators can talk with both the provider and the patient…

– REQUIRE that all claims-handlers (especially if they have authority to pay claims), consultants retained by insurers to assist in adjudicating claims, and fraud investigators be certified by a national accrediting company under the purview of the government to exhibit that they have the requisite understanding for recognizing health care fraud, and the knowledge to detect and investigate the fraud in health care claims. If such accreditation is not obtained, neither the employee nor the consultant would be permitted to touch a health care claim or investigate suspected health care fraud.

– PROHIBIT public and private payors from asserting fraud on claims previously paid where it is established that the payor knew or should have known the claim was improper and should not have been paid. And, in those cases where fraud is established in paid claims, any monies collected from providers and suppliers for overpayments be deposited into a national account to fund various fraud and abuse education programs for consumers, insurers, law enforcers, prosecutors, legislators, and others; fund front-line investigators for state health care regulatory boards to investigate fraud in their respective jurisdictions; as well as funding other health care related activity.

Previous Post Are you suffering from a heroin addiction, and heading to a rehabilitation facility?

Next Post A Prescription For the Health Care Crisis