Should You Run Windows on Mac with Boot Camp or Virtualization Software? 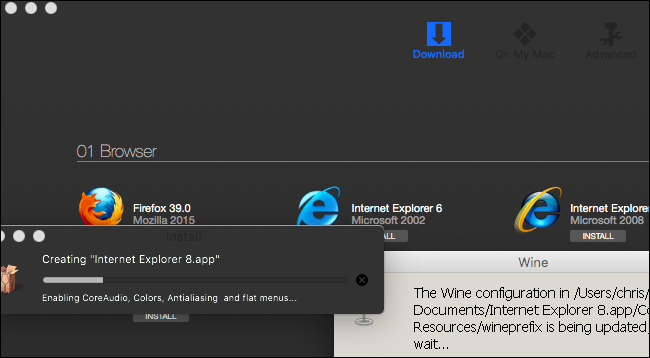 Now that Intel processors power mac OS X computers, Mac and PC hardware is the same, opening a new world up to Mac owners. Not just in the realm of some new software, but also running Windows on our Macs. Think of all you could do by having both. You obviously already have since you’re here. But consider it a bit more in-depth, as the reasons for your wanting to use Windows on your Mac will help make sure that you have two smooth-running operating systems. To do that, though, you will need to choose a program to help run Windows on your Mac. Media Focus

Will You Need Windows?

If you haven’t already chosen and purchased a copy of Windows, you will need to do that before installing most of these programs. There is one exception, though, and that is if you’re using a program called CrossOver, you can read more about that below.

Boot Me Up, Scotty!

Yes, I know, it’s “beam me up,” but that didn’t fit, and we’re all techies here, so we get the reference. Booting up your Windows operating system on your Mac will require a program. There are several to choose from, including ones that will boot it up as another OS and others that will allow Windows to run virtually alongside your Mac’s OS X. So, which to choose?

There are many alternatives for you to choose from, but only 4 that truly stand out. Your 4 choices are:

Apple’s Boot Camp: This program gives you the option to boot directly into Windows when you start your Mac.

Parallels Desktop & VM Fusion: These are not the same program, but they work the same way. This is by allowing you to install and run a copy of Windows from inside your Mac OS X.

Now that you understand some of their differences, you now need to know how these differences can affect the programs you’ll be using. That’s why I asked you to put on your thinking cap earlier when asking you to consider the reasons you’re using Windows on Mac. For example, if you answered that you want to play some of your Windows / Microsoft games on your Mac, then which program you use to run Windows will matter. In this case, you should use a program that allows you to boot into Windows when you start your Mac. This option would be Apple’s own Boot Camp.

If you’re repeatedly running Windows on Mac, then you should probably go the virtualization route. This means that you’ll be able to run the two operating systems side-by-side without the need to reboot. This is possible with Parallels, VM Fusion, and CrossOver. However, one of the downsides to these programs, at least with Parallels and Fusion, is that they may negatively affect your Mac’s performance due to the larger demand for its resources.

Each of these programs has a free trial, so if you decide that going the virtualization route is for you, you can download them and give them each a try. Of course, you will need to have a copy of Windows ready for Parallels and Fusion, but when trying out CrossOver, you’re good to go. Play around with each one for a few days and try doing similar things on it, like opening Numbers on Mac and Excel in Windows. Then watch to see how each one handles it. It’s a good time to toss some heavier programs at it as well, and you may as well see how much it can handle before you buy it.

If your choice comes down to Parallels or VM Fusion, you will not likely be disappointed with either one. In fact, in a side-by-side comparison, Fusion beat Parallels by a mere 4%. The only time you may be let down is if, as I said earlier, you’re using it to run games or 3-D programs in Windows. For that, you’ll want to use Boot Camp. You can even use Boot Camp in conjunction with these programs, again having the best of both worlds.

This article is How to Run Windows on Mac: Which Programs to Use by author Kimberly Carver. Kimberly is a Mac Specialist and enjoys helping others when they need Mac or even any other type of computer or technology help. She has a website called http://TheHighTechSociety.com full of tech how-to’s, tips and tricks, reviews, and more.

For more information on How to Run Windows on Mac, you can also visit her site to read an easy-to-follow format on installing Boot Camp on your Mac.

Next Post Essential Tips and Advice on Mac Repairs