The amount of video game use we see in society today is arguably inescapable. Mobile games such as; Candy Crush, Game of War, or Clash of Clans, record daily revenues in the millions, and someone is bound to recognize one if not all of these game names. This exposure to gaming in everyday light seems to be bringing in a new and unseen age in gaming, where gaming could be seen as a sport. 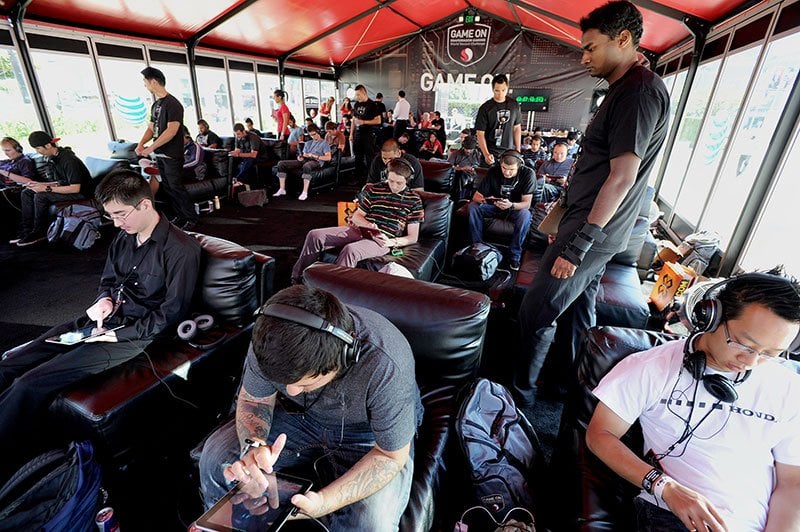 Ever since the first two people booted up “Pong” on the Atari 2600, gaming has been competitive. When you think about it, playing a soccer game and playing a video game aren’t all that different. The object is always to win the game, but the game’s level of competition and players can vary. Growing up, I played Call of Duty on a fairly competitive level, but I had no idea how big the competitive gaming industry would grow. The growth in this industry can be traced to some factors. The financial growth in the gaming industry has been incredible. The recent stance that “nerd culture” has taken in the popular media through the Big Bang Theory. The push by people who genuinely enjoy gaming culture and want to see it get a spot in the limelight has brought gaming into everyday life for the general public. My Update Studio

So what is causing video games to turn into a source of entertainment that people would watch from home like they would football or soccer? The answers might surprise you. In July of 2014, “Defense of the Ancients” or DOTA was played by teams worldwide for a community-raised prize pool totaling $10,923,980 U.S. dollars. Teams of five would play against one another and eliminate the competition as they moved towards the grand finals and the ultimate prize of first place. While this was the fourth tournament of this type hosted by the game’s creators, it was the first time it was televised by ESPN 3. ESPN was pleased so much by the coverage results they agreed to follow up the next year.

It is crazy to think that we might see coverage of video games on Sports Center within the next few years. Unlike ESPN, which only shows you content on competitive gaming during big tournaments, streaming is available all the time. Twitch TV being the main website that comes to mind. Streaming sites allow content creators to show what is happening live on their computers to audiences who can join the conversation with a chat group function as they watch their favorite streamers/players play live. The potential for growth through an avenue like this is enormous. Just think, you could watch a TV show and chat with fellow fans of the show from all around the world with great ease, all while communicating with content creators.

We know what is bringing gaming into the sports arena, but what is keeping it out? Well, it is just not quite time for electronic sports (E-Sports) to become a household name, at least not in the United States. South Korea may be an example of what is to come in terms of E-Sports in the United States. Say the name “StarCraft,” and nine times out of ten, a Korean will know what you are referring to. The game StarCraft is practically a national pastime of South Korea. The game is featured on cable television and is even featured on a few apps offered by Microsoft’s Xbox, a direct competitor to the PC gaming market that Star Craft belongs to. Players in Korea are treated like celebrities, signing autographs, taking pictures with fans, and appearing on talk shows from time to time.

Now, if I were to tell this to the average American, more than likely, the response would be along the lines of “Are you serious?” It’s that big of a deal over there?” Yes, eSports in Korea and, to a lesser degree, China and Japan are already booming industries. So why hasn’t gaming already become a large industry in the United States, where most of these games are made? Americans tend to like different games than Asian players do. Americans tend to like fast-paced shooters, such as Call of Duty or Counter-Strike, while Asian players favor strategic games such as StarCraft or DOTA. The problem with shooters is that less strategy is involved. Think of the two genres as an approach to an American football game.

While both genres have a well-defined goal, like in football, the strategic games feature ways to counter-movements of other players or how to move toward their goal via tech choices or character choices. In football, if the defense sends a blitz, you try to counter that blitz by getting the ball to a receiver who is open or run the ball in the opposite direction of the blitz. There is no correct way to approach the defense’s strategy, and the offense can still make choices on approaching the situation. The same cannot be said about shooters; there simply isn’t enough depth in gameplay to give watchers new ideas about how they can apply techniques used by professionals into their own gameplay.

Professional gaming is on its way to becoming a real sport in the United States. With air times on ESPN and through the popularization of gaming in everyday life within five or ten years, we might see a good chunk of people walking around with E-sport’s team jerseys. Due to gaming trends in the U.S., it will likely take radical gameplay changes to keep viewers watching and get more of the public interested, but it is feasible. It will take the work of dedicated fans of the sport to push gaming further into the public eye, but from what we have seen in the past few years, it’s clear that gaming will be considered a sport shortly.