Introduction to Life in the Solar System: Humans and our associated kin on the third rock out from the Sun are lords of life forms in the solar system. But, we’re not unique lords, just lords. Other abodes in the solar system, probably Mars, Jupiter, Europa, and Saturn, are anywhere from possible to probably habitable abodes to simple microbial life forms; perhaps slightly above and beyond that. Taking each abode in turn… 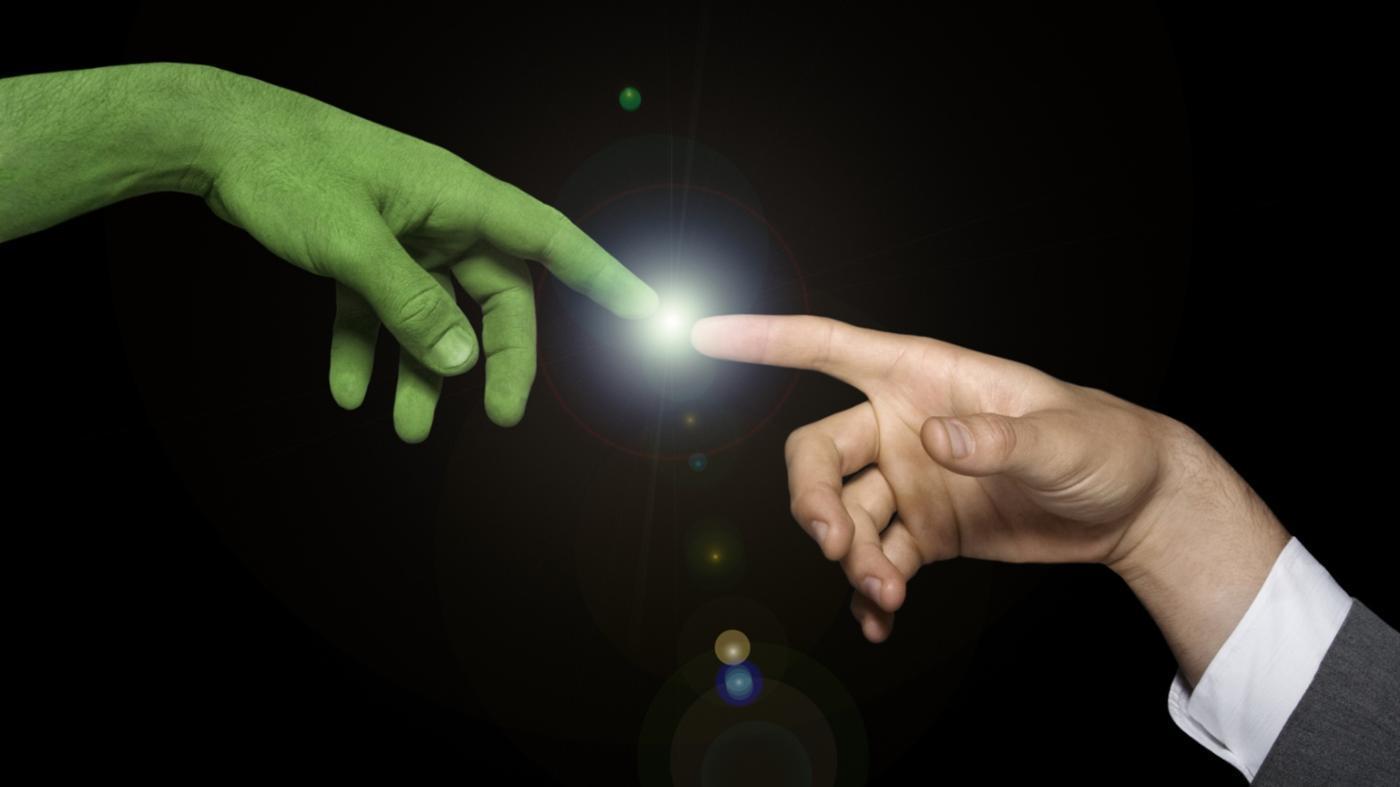 But first, a pat on the back for those terrestrial microbes; all those germs, bacteria, unicellular critters, and even viruses (though viruses, depending on your perception of their actually being alive as we normally define ‘alive’ might exclude them from this discussion). They are tough; I mean, they boldly go, survive, and even thrive where even angels fear to tread, far fewer humans.

Microbes can live in environments where other multicellular critters also fear to tread and often can’t: from the coldest terrestrial environments, up to the near-boiling temperatures, from deep underground to the heights of the atmosphere, from inside water-cooled nuclear reactors and the interior of rocks, to intensely saline, acidic and alkaline environments, to ecosystems where the sun never shines, like the abyssal depths.

They can even survive outer space. For example, bacteria survived on the surface of the Moon – on Surveyor Three. This was possibly the most significant discovery of the entire Apollo Moon program, and it hardly even rated a mention. Astronauts from the Apollo 12 mission brought back to Earth parts of the unmanned Surveyor Three Lunar Lander. Terrestrial bacteria on those parts survived the lunar vacuum, solar radiations (UV, etc.), the massive temperature extremes, and the lack of water and nutrients. Experiments since done in low earth orbit have confirmed that bacteria can indeed boldly go given just minimal shielding!

You’d be aware of how difficult it is to totally sterilize something, be it hospital equipment or a spacecraft bound for a Martian landing. They’re tough – have you ever read about a mass extinction event where a bacterial species, unlike, say, the multicellular dinosaurs, went poof? On the other hand, microbes are easy to transport. They can be blasted off the surface of the Earth, shielded from radiation by the debris, and survive to land on another world and be fruitful and multiply. There’s little doubt that somewhere way out there, terrestrial bacteria have hitched a ride to the stars, bolding going where lots of microbes have gone before! Translated, I firmly expect that the universe (including our solar system) is teaming with microbial life in all sorts of places. The less-than-glamorous catch is that LGM will not stand for Little Green Men, but Little Green Microbes.

On Earth, microbes rule, OK? The biomass of all those bacteria, etc., put together easily equals the biomass of every other multicellular plant and animal added together. One could easily argue that microbes, not humans, are the jewels in God’s crown – He made so many of them and talk about being fruitful and multiplying. The number and mass of micro-organisms are many orders of magnitude greater than humanity’s numbers and collective mass. In fact, there are millions of microbes living inside you – most beneficial. In fact, it could also be argued that you are nothing more than an elaborate colony of billions of unicellular organisms – your individual cells that make you, you.

Microbes have another decided advantage over more complex life forms, like plants. Solar energy (photosynthesis) isn’t the only kind of energy available to organisms. Even on Earth, there are many organisms, mainly unicellular ones, that use chemosynthesis as how they directly derive their energy needs, directly as in from the chemicals in their environment. Today we know a great deal about chemosynthesis and the organisms that can produce organics from inorganic substances and derive energy from the process.

When I was a high school biology student (1962-63), it was absolutely gospel (and no correspondence would be entered into contrary) that our Sun was the be-all and end-all of the existence of terrestrial life. No sun, no life. All life ultimately depended on photosynthetic plants, which in turn couldn’t exist without sunlight. And while we don’t get our energy directly via photosynthesis, we’re still dependent on solar energy since we eat the plants or the animals that eat the plants.

A well-known, if the little-understood example of chemosynthesis is the colonies of microbes (dubbed ‘rusticles’) that are eating the iron structure of the RMS Titanic, resting some four kilometers below the surface of the North Atlantic. Microbes will have basically consumed the famous shipwreck within another generation or two without any benefit bestowed by our sun. Also, the entire ecological communities’ part and parcel of hydrothermal vent systems are ultimately based on chemosynthesis from the marine environment.

From terrestrial environments to outer space and our solar system is a small step for microbes. Even back in those high school days, however, I seem to recall speculation by no less a scientist than the late Carl Sagan about the possibility of a non-photosynthetic based ecology in the atmosphere of Jupiter, which gladdened my heart no end – however, it wasn’t Jupiter that broke the photosynthetic mold, but good old Mother Earth herself as it hydrothermal vent ecosystems among many others now known. So gospel ain’t gospel any longer!

Now back to taking each abode in turn…

Mercury: The planet Mercury, the closest planet to our Sun, unfortunately, lacks any atmosphere to speak of, and broils on the side facing the Sun and freezes on the side facing away – much like our Moon, and is in fact is similarly heavily cratered. There’s no liquid water on the surface, and overall, like our Moon, it seems totally inhospitable. Bacteria might exist in a dormant sort of way in 100% sheltered niches, but actively survive and thrive they do not.

Venus: The planet Venus had long been thought of as Earth’s twin sister. It’s the second planet out from the Sun and has a size and density very close to terrestrial values. It also has an atmosphere. Venus was closer to the Sun than Earth, a pre-space age, thought to be warm and moist, a totally tropical environment of lush vegetation where maybe dinosaur-like creatures or dragons roamed and chased scantly clad maidens! But, alas, once space probes crossed paths with, and landed on, Venus, such dreams of a tropical paradise were dashed. Well, it’s tropical, alright, if ‘tropical’ means a surface temperature of 900 degrees Fahrenheit. But the atmosphere, mainly carbon dioxide – a greenhouse gas – is so thick and dense that the atmospheric pressure is way massive relative to Earth’s. So, Venus turned out to be more akin to Hell than a tropical Heaven. No life here!

But wait, perhaps such a judgment is premature. What happens here on Earth as you climb up a high mountain? Well, the temperature drops, and the air gets more rarefied – and so too on Venus. In the upper atmosphere, the temperature and pressure of Venus drop to more terrestrial surface conditions. There can’t be surface life-as-we-know-it on that planet, but what about simple, say microbial life existing in the upper atmosphere?

Earth (Terra): Home! Nothing further needs to be said.

The Moon (Luna): Like Mercury, our Moon is airless and subject to extremes in temperature depending on whether the Moon is facing towards or away from the Sun. While the first couple of crews of Apollo Moon landing astronauts were quarantined after their missions, just in case, no extraterrestrial life forms of any kind were ever discovered. But that’s not quite the end of the story. The Apollo 12 astronauts brought back a few bits and pieces of the unmanned Lunar Surveyor that had landed about three years previously. Terrestrial bacteria within those bits and pieces were still viable after exposure to the lunar vacuum, intense radiation exposure, and temperature extremes. While hardly indigenous Lunar life forms, they give credibility (as if any were needed) that microbes are composed of the right stuff to survive the rigors of outer space.

The Moon (Luna 2): The Hollow and Inhabited Moon Theory: Once upon a time, not all that long ago, in fact, there really wasn’t a satisfactory scientific explanation for the natural origin of our satellite, Luna. All three major theories had fatal flaws. And thus, the possibility that the Moon wasn’t natural at all, but some hollow world, perhaps a UFO base and colony ship, wasn’t all that implausible to some. Finally, however, some scientific genius came up with a fourth natural explanation that satisfied all the previous scientific stumbling blocks. Thus, using Ockham’s (or Occam’s) Razor as a guide, me-thinks the hollow moon theory has proved to be a bit, well, hollow. Pity! However, if UFOs should prove to be space vehicles, the products of alien intelligence, then it logically follows that ET will have explored our moon, maybe even have a base of operations there. That might account for part of the various transient lunar phenomena (TLP) witnessed over many centuries.

Mars (The Red Planet): Microbial life on the red planet Mars is just about a sure-fire thing as death and taxes, albeit it’s probably spread very thinly.

The concept of there being not only life but intelligent life on the red planet. Mars has been a part of the imagination of astronomers and the general public for the better part of a century. Science fiction novels and short stories, films and TV episodes, and popular astronomical books all speculated on Martians and the dying Martian civilization with its system of canals warding off the inevitable global drought. Even the two tiny Martian moons were seriously suspected of being artificial.

Then Mariner IV flew past Mars in July 1965, taking the first-ever close-up pictures of the Martian surface. Alas, no canals, no cities, no signs of intelligent Martians. But hope dies hard, and when the Viking orbital spacecraft photographed the ‘Face on Mars,’ there was a massive outpouring in the popular literature at least that even if there wasn’t a current civilization on Mars, there at least once was. Alas, however wonderful this would have proved to have been, an obvious intelligently designed alien artifact sitting on the Martian surface, it really was just a mirage – a trick of light and shadow – as later photographs showed. It proved to be a case of wishful thinking, like the canals and moons of Mars were, and a case of a mountain made unnecessarily out of a molehill.

Previous Post This Life Is an Audition for the Next