Professor James Tooley criticized the United Nations proposals to eliminate all fees in state primary schools globally to meet its goal of universal education by 2015. Dr. Tooley says the UN, which is placing particular emphasis on those regions doing worse at moving towards ‘education for all’ namely sub-Saharan Africa and South Asia, is “backing the wrong horse”.1 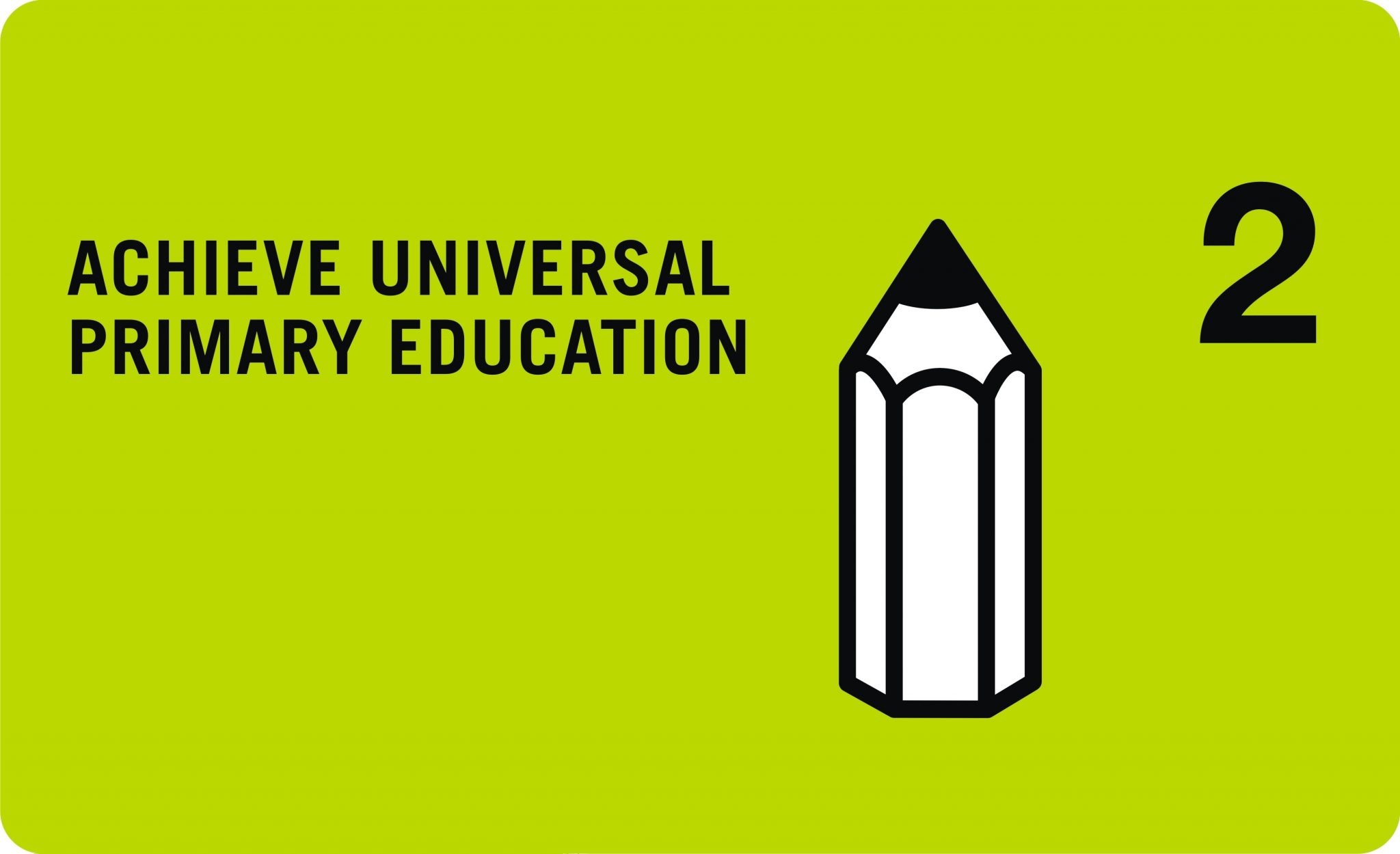 On his extensive research in the world’s poorest countries such as Ghana, Kenya, Nigeria, India, and China, Dr. Tooley found that private unaided schools in the slum areas outperform their public counterparts. A significant number of a large majority of school children came from unrecognized schools, and children from such schools outperform similar students in government schools in key school subjects.2 Private schools for the poor are counterparts for private schools for the elite. While elite private schools cater to the needs of the privileged classes, the non-elite private schools, which, as the entrepreneurs claimed, were set up in a mixture of philanthropy and commerce from scarce resources. These private sector aims to serve the poor by offering the best quality they could while charging affordable fees.3

Thus, Dr. Tooley concluded that private education could be made available for all. He suggested that the quality of private education, especially the private unaided schools, can be raised through the help of International Aid. If the World Bank and United States Agency for International Development (USAID) could find ways to invest in private schools, then genuine education could result. 4 Offering loans to help schools improve their infrastructure or worthwhile teacher training, or creating partial vouchers to help even more of the poor to gain access to private schools are other strategies to be considered. Dr. Tooley holds that since many poor parents use private and not state schools, then “Education for All is going to be much easier to achieve than is currently believed.”

Hurdles in Achieving the MED

Teachers are the key factor in the learning phenomenon. They must now become the centerpiece of national efforts to achieve the dream that every child can have good quality education by 2015. Yet 18 million more teachers are needed if every child is to receive a quality education. 100 million children are still denied the opportunity of going to school. Millions are sitting in overcrowded classrooms for only a few hours a day.5 Too many excellent teachers who make learning exciting will change professions for higher paid opportunities while less productive teachers will retire on the job and coast toward their pension.6 How can we provide millions of more teachers?

Discrimination in girls’ access to education persists in many areas, owing to customary attitudes, early marriages and pregnancies, inadequate and gender-biased teaching and educational materials, sexual harassment, and lack of adequate and physically and otherwise accessible schooling facilities. 7

Child labor is common among third-world countries. Too many children undertake heavy domestic works at an early age and are expected to manage heavy responsibilities. Numerous children rarely enjoy proper nutrition and are forced to do laborious toils.

Peace and economic struggles are other things to consider. The Bhutan country, for example, has to take hurdles of high population growth (3%), vast mountainous areas with low population density, a limited resources base, and unemployment. Sri Lanka reported an impressive record, yet, civil war is affecting its ability to mobilize funds since spending on defense eats up a quarter of the national budget.8

Putting children into school may not be enough. Bangladesh’s Education minister, A. S. H. Sadique, announced a 65% literacy rate, a 3% increase since Dakar, and a 30% rise since 1990. While basic education and literacy had improved in his country, he said that quality had been sacrificed to pursue a number.9 According to Nigel Fisher of UNICEF Kathmandu, “fewer children in his country survive to Grade 5 than in any region of the world. Repetition was a gross wastage of resources”. 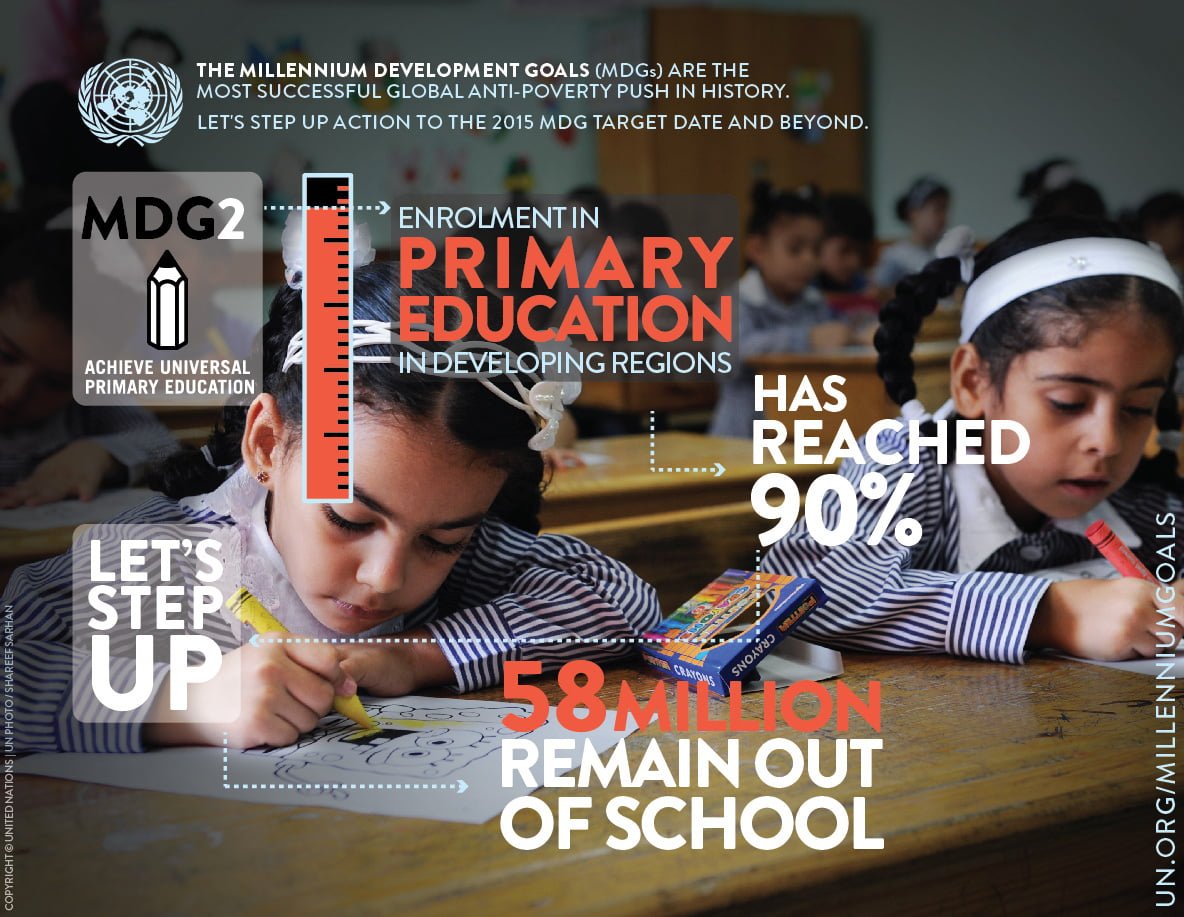 Furthermore, other challenges in meeting the goal include: (1) How to reach out with education to HIV/AIDS orphans in regions such as Africa when the pandemic is wreaking havoc. (2) How to offer education to an ever-increasing number of refugees and displaced people. (3) How to help teachers acquire a new understanding of their role and harness the new technologies to benefit the poor. And (4), in a world with 700 million people living in forty-two highly indebted countries – how to help education overcome poverty and give millions of children a chance to realize their full potential.10

Education for All: How?

The goal is simple: Get the 100 million kids missing an education into school.
The question: How?

The first most essential problem in education is the lack of teachers, and it has to be addressed first. Teacher corps should be improved through better recruitment strategies, mentoring, and enhancing training academies. 11 Assistant teachers could be trained. Through mentoring, assistant teachers will develop the skills to become good teachers. To build a higher quality teacher workforce, selective hiring, a lengthy apprenticeship with a comprehensive evaluation, follow-ups with regular and rigorous personnel evaluations with pay-for-performance rewards should be considered.12 Remuneration of teaching staff will motivate good teachers to stay and the unfruitful ones to do better.

Problems regarding sex discrimination and child labor should be eliminated. The Beijing Platform for Action (BPFA), for example, addressed the problem of gender inequality. BPFA calls on governments and relevant sectors to create an education and social environment in which women and men, girls and boys, are treated equally and provide access for and retention of girls and women at all levels of education.13 The Global Task Force on Child Labor and Education and its proposed role for advocacy, coordination, and research were endorsed by the participants in Beijing. The UN added that incentives should be provided to the poorest families to support their children’s education.14

Highly indebted countries complain about a lack of resources. Most of these countries spend on education and health as much as debt repayments. If these countries are with pro-poor programs with a strong bias for basic education, will debt cancellation help them? Should these regions be a lobby for debt relief?

Partly explains the lack of progress; the rich countries, by paying themselves a peace dividend at the end of the Cold War, had reduced their international development assistance. In 2000, aid flows’ real value stood at only about 80% of their 1990 levels. Furthermore, the share of the aid going to education fell by 30% between 1990 and 2000, represented 7% of bilateral aid by that time. 15 Given this case, what is the chance of the United Nations’ call to the donors to double the billions of dollars of aid? According to John Daniel, Assistant Director-General for Education, UNESCO (2001-04), 97% of the resources devoted to education in developing countries come from the countries themselves and only 3% from the international resources. The key principle is that the primary responsibility for achieving ‘education for all’ lies with the national governments. International and bilateral agencies can help, but the drive has to come from the country itself. These countries are advised to chart a sustainable strategy for achieving education for all. This could mean the reallocation of resources to education from other expenditures. It will often mean reallocating resources within the education budget to basic education and away from other levels. 16

Such accountability is not present in government schools. Teachers in public schools cannot be fired mainly because of incompetence. Principals/headteachers are not accountable to the parents if their children are not given adequate education. Researchers noted irresponsible teachers ‘keeping a school closed … for months at a time, many cases of drunk teachers and headteachers who asked children to do domestic chores, including babysitting. These actions are ‘plainly negligence.’

Are there any means to battle the system of negligence that pulls the state schools into failing? Should international aids be invested solely in private schools performing better and leaving the state schools in total collapse? If private education seems to be the hope of achieving education for all, why not privatize all low-performing state schools? Should the public schools be developed through a systematic change, will the competition between the public and the private schools result from too much better outcomes? What is the chance that all educational entrepreneurs of the world will adopt the spirit of dedication and social works – offering free places for the poorest students and catering to their needs?

Public schools can be made better. They can be made great schools if the resources are there, the community is included, and teachers and other school workers get the support and respect they need. The government has to be hands-on in improving the quality of education in state schools. For example, in New York City, ACORN collaborated with other community groups and the teachers union to improve 10 low-performing districts’ 9 schools. The collaborative won $1.6 million in funding for most of its comprehensive plan to hire more effective principals, support the development of a highly teaching force and build strong family-school partnerships. 18 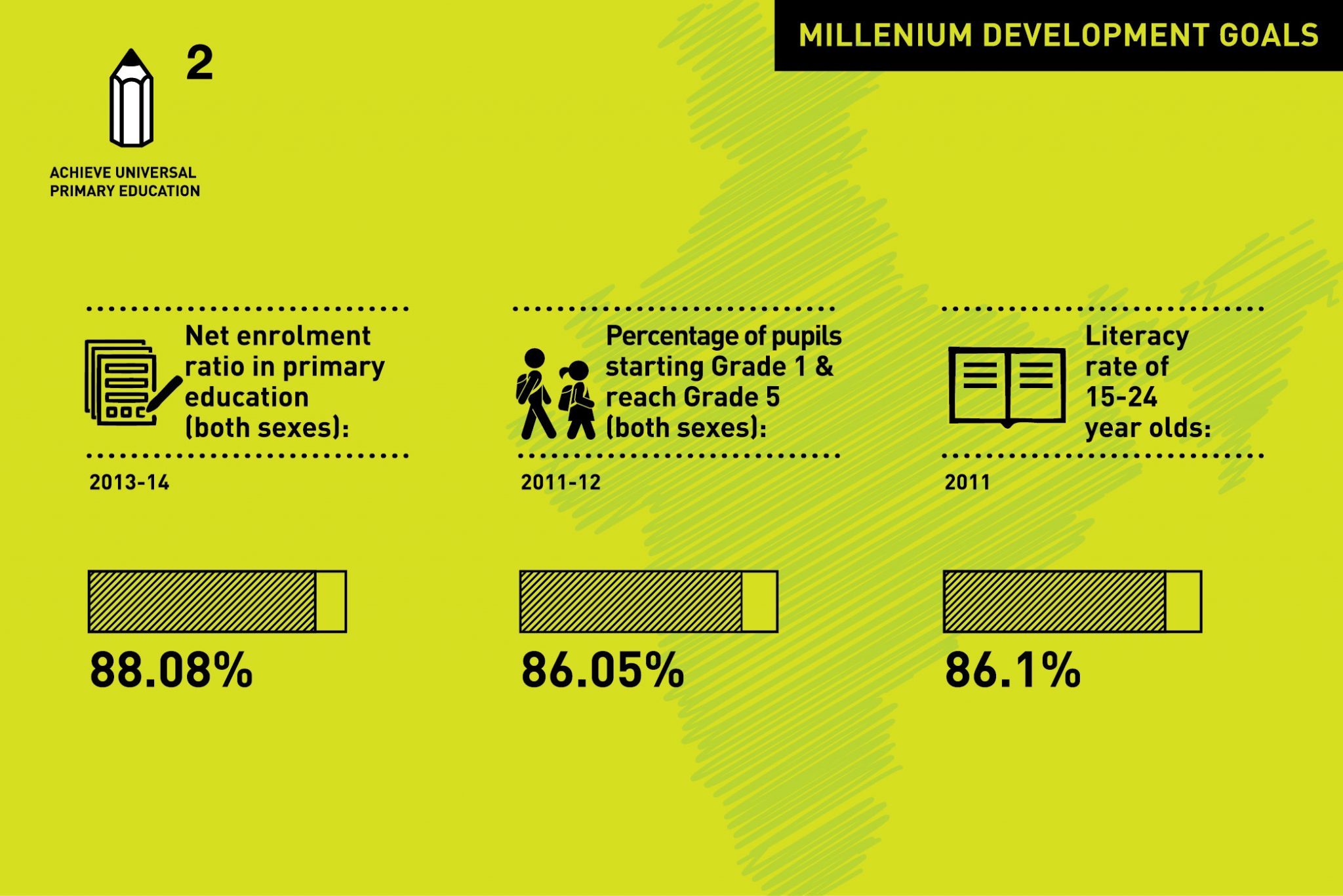 Standardized tests are also vital in improving schools and student achievements. It provides comparable information about schools and identifies schools that are doing fine, schools that are doing badly, and barely functioning. The data on student achievement provided by the standardized tests are the essential diagnostic tool to improve performance. 19

If the government can harness the quality of state schools, and if the World Bank and the Bilateral Agencies could find ways to invest in both the private and the public schools – instead of putting money only on the private schools where only a small fraction of students will have access to quality education while the majority are left behind – then ‘genuine education could result.

Education for all apparently is a simple goal, yet, is taking a long time for the world to achieve. Several destructive forces are blocking their way to meet the goal, and the fear of failure is strong. Numerous solutions are available to fix the failed system of public schools, but the best solution is still unknown. The private schools face several challenges to meet their accountabilities, but the resources are scarce. Every country is committed to developing its education to bring every child into school, but most are still struggling with mountainous debts.
‘Primary education for all by 2015’ will not be easy. However, everyone must be assured that the millennium development goal is possible and attainable. Since the Dakar meeting, several countries reported their progress in education. In Africa, for example, thirteen countries have, or should have attained, Universal Primary Education (UPE) by the target date of 2015. 23 It challenges other countries, those that are lagging behind in achieving universal education, to base their policies on programs that have proved effective in other African nations. Much more are working for the goal, each progressing in different places. One thing is clear; the World is committed to meet its goal. The challenge is not to make that commitment falter because a well-educated world will be the world that can better cope with conflicts and difficulties: thus, a better place to live.