“The act or process of educating or being educated; the knowledge or skill obtained or developed by a learning process!” 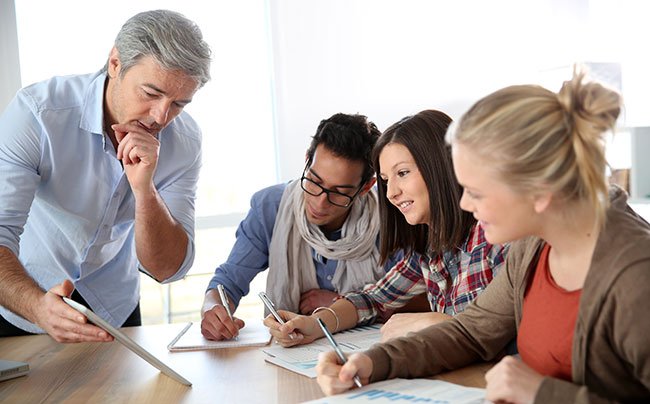 Inquiries into furthering my educational aspirations were made to various colleges within my immediate environmental area. Several of the schools contacted required placement exams that I did not challenge, as I am adept and capable of dealing with college examinations. The thing that got to me was the disparaging remarks from some college recruiters regarding their standards for education as opposed to another college. One of the schools that I’ve attended is a two-year degree school, while the other is. They hold real estate in the same zip code and competed for students in the same local. They both educated local students as well as out of state and students from other countries and nations.

One school considered itself superior to the other because of accreditation. The school that was described as inferior did not have middle State accreditation. The school was described as below standard by the other. The so-called superior school is lead and operated by a non-HBCU affiliation, while the other happened to be lead and operated by an African American staff. The self-described superior school has made plans, designs, and did bid for the take-over of the African American school. Albeit, the self-described superior school admits that it does not and will not accept credentials from the so-called inferior school. I have attended both of these institutions and received excellent instruction from its teachers as well. While the lessons learned were an invaluable source of information, the education that I received from personal academic research (self-taught) has enhanced my knowledge base. Money was not a factor in my personal research, study, and/or practicum. I would add that the knowledge and information derived from the HBCU School proved to be equally rewarding as the other, if not better!

I would say that I received more educational value at the HBCU (Historical Black Colleges and Universities) than at the other collegiate institution. Albeit, they both required money.

When students visit college campuses, they are encouraged to become a student at that particular school. The tour guides’ show all of the amenities and accolades that are offered in order to get you enrolled…and to gain your tuition monies. But what about the quality of education offered by the particular schools? The majority of the colleges will often quote their accreditation as compared to another school of choice. What has accreditation to do with a good and valuable quality education? Money! And the ability to make money! Education does not and should not require money!

Caroline Still is the daughter of the great William Still, a Philadelphia Abolitionist and member of the Underground Railroad.

Mr. William Still (a self-educated man), one of seventeen children, was born in Burlington County in 1821. His father escaped slavery from Maryland to New Jersey and later was followed by his wife and children. William Still left New Jersey for Philadelphia in 1844. Three years later, he was appointed secretary of the Pennsylvania Abolition Society.

“When Brother William Still was 23, he left the family farm in New Jersey for Philadelphia to seek his fortune. He arrived, friendless, with only five dollars in his possession. Mr. Still taught himself to read and write. In fact, so well that he was able to gain and hold the position of secretary in the Pennsylvania Abolition Society in three years. Brother Still provided the all-white society with his views on how to aid fugitive slaves. After all, he had been one himself. He was such an asset to the group, that he was elected chairman in 1851. Still held the position for the next ten years. He also became chairman of the Vigilance Committee in 1852. Still was the first black man to join the society and was able to provide the first-hand experience of what it was like to be a slave.”

“Mr. Still established a profitable coal business in Philadelphia. His house was used as one of the stations on the Underground Railroad. Brother Still interviewed escaped fugitives and kept careful records of each so that their family and friends might locate them. According to his records, he Still helped 649 slaves receive their freedom. The number is compounded with the number of slaves saved by Sister Harriet Tubman and the Underground Railroad.”

“William Still, a self-educated man, began his campaign to end racial discrimination on Philadelphia streetcars. He wrote an account of this campaign in Struggle for the Civil Rights of the Coloured People of Philadelphia in the City Railway Cars (1867). He followed this with The Underground Railroad (1872) and Voting and Laboring (1874).”

“William Still, a self-educated man, established an orphanage for the children of African-American soldiers and sailors. Other charitable work included founding a Mission Sabbath School and working with the Young Men’s Christian Association. William Still died in Philadelphia on 14th July 1902.”

The Concise History of Berean Institute:

“In 1904 Berean Institute of Philadelphia, Pennsylvania qualified for state aid and received a grant of $10,000. Over the years, state aid has enabled the school to expand its services and diversify its programs of study. Funds from the Commonwealth of Pennsylvania now provide a significant portion of the total operating budget. Berean Institute embarked on a program of expansion under the dynamic leadership of the late Dr. William H. Gray, Jr., who utilized the support of many influential Pennsylvania citizens, including the former Governor Milton J. Shapp. Dr. Gray served as Chairman of the Berean Board of Trustees. Under Dr. Gray’s leadership, Berean Manual and Industrial School began operating as Berean Institute. He also had Berean Institute’s current building constructed in 1973.”

“Berean Institute enrolled students in full and part-time programs. Most of the students are residents of the Commonwealth and live in Philadelphia. OHowever, otherstudents have come from Central and South America, China, India, Puerto Rico, Tonga, Liberia, Sierra Leone, Nigeria, Tanzania, the Dominican Republic, England, Cambodia, Viet Nam and states along the eastern seaboard of the United States.”

“Several students come to learn a marketable skill, and their Berean training fulfills their current educational aspirations. Many others regard the school as a stepping-stone to further education. As a result, erean has many graduates who have gone on to earn four-year college degrees and others who have completed graduate studies at some of the area’s outstanding institutions of higher learning.”

A definition of education: ‘The act or process of educating or being educated; the knowledge or skill obtained or developed by a learning process; a program of instruction of a specified kind or level: driver education; a college education; the field of study that is concerned with the pedagogy of teaching and learning; an instructive or enlightening experience:

So why does another school rate its accreditation over and above that of another? Money! Many colleges and universities rate its’ educational values based on the amount of money in its’ coffers and the amount of money that they can amass! ATherefore, anothertool to increase superiority in the education business is to attain and maintain accreditation and as many acquisitions as possible.

Several opinions suggest education achieved through these venues is designed to prepare people/students for the job market instead of being prepared for life skills—the skills required to carry ones posterity and their descendants that follow into prosperous futures.

Is it fair to assess the stature of a collegiate institution above any other based on the amount of money that is needed to be spent or the amount of education that is achieved? Ivy league institutions turn out many students who are not prepared for the challenges of life…but many of them are rich and have spent thousands of dollars to attend those schools as well as graduating from them. On the other hand, many poor people that are lucky enough to qualify for grants, loans, scholarships, etc., are better prepared to face the challenges set before them (so it seems).

Many poor and working poor students seem to value the collegiate level education as if their life depended upon it, so they tend to work a bit harder to achieve the degree status. The document can be deemed worthless when the graduate cannot find the desired job for which he/she has studied. It is even worse when the graduated student finds that they are worse off than when they started college. They are now burdened with school loan debt and the debts they have had to meet before attending college. Working at McDonald’s and the like seem to be the only attainable job for many of them. The competition is fierce. For the most part, these students are grouped in with many applicants that are not college educated, and many do not have high school diplomas as well! The knowledge attained is not considered or tested by many of these employers. Kiosk-type pictures on a cash-register computer are what they have to work with. Is this not insulting to a student who has studied computer science, read and write computer programs and their languages, as well as other academics of study?

Why is it that many non-ivy league students find themselves out of work? Why is it that many of them find that they are the first to lose their employment positions compared to their ivy-league colleagues? Why is it that many inner-city college-educated graduates find themselves less likely to be selected as team-leaders than their counterpart ivy-leaguers? Many employers advertise their openings with statements that don’t require a college-level education. They ask that candidates have a high school level education. College-educated candidates apply to those openings and find themselves scrutinized out of the running, i.e., background checks, credit checks, criminal histories, schooling activities, etc. Why do college-educated candidates find that they have to compete with Ivy-leaguers and compete with high school-educated folks? What is the sense in enduring hours, years, and other sacrifices to attain the coveted two and/or four-year college-level degree when you’re not going to qualify for the job anyway?