Samsung is a globally renowned multinational company with its headquarters in Seoul, South Korea. The company has some different product verticals sharing the same brand name globally.

Samsung was founded in 1938, and it entered the electronics industry in the late 1960s. Since the 1990s, its major revenue source has been from its electronics vertical, comprising mobile phones and semiconductors.

Samsung Electronics is the parent company’s largest subsidiary and was the world’s largest I.T. company in the calendar year 2012, holding position number 4 in terms of market capitalization. 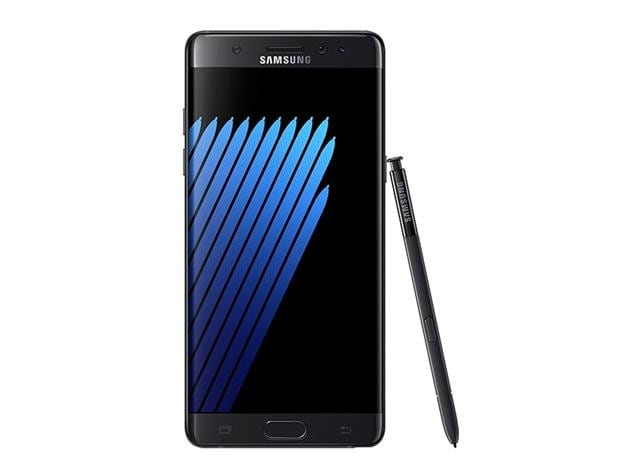 The parent company, Samsung, has always been a strong regional powerhouse influencing much of South Korea’s economy, political dynamics, and social culture. Samsung’s total revenue figures account for close to 17% of the country’s total GDP.

Currently, Samsung is the leading manufacturer of smartphones running the mobile operating system Google Android with a global market share of 46%.

The latest offering from Samsung Telecommunication is the smartphone model, Samsung Galaxy Note 7. In India, the Samsung Note 7 was launched amidst much fanfare in August 2016.

In terms of the display, the Samsung Galaxy Note 7 ships with a 5.7-inch capacitive touch screen, delivering a crisp and smooth resolution of 1440×2560 pixels at a PPI measuring of 518.

Processing power for the Galaxy Note 7 is delivered through an Exynos 8890 octa-core processor clocking 1.6 GHz.

The Note 7 ships out with a RAM of 4GB while the internal storage is pegged at 64GB which can be expanded (up to 256GB) through a microSD card.

For customers who are not camera-shy, the Samsung Galaxy Note 7 is equipped with a 12-megapixel rear camera (with flash) coupled with a 5-megapixel front camera for selfie lovers.

From the software standpoint, the Galaxy Note 7 runs on Android Marshmallow, having version 6.0.1.

Battery life is quite good considering the unit has a power cell equating to 3500mAh, which is non-removal in nature.

The Galaxy Note 7 is available in a range of vibrant colors like Blue, Gold, Silver & Black.

The Note 7 will also have compatibility with a range of Samsung Accessories like SmartWatch, wireless headsets, etc.

Prospective customers can now place confirmed orders through all the major e-commerce platforms like Flipkart, Amazon, and Snapdeal.

The release of the Samsung Galaxy Note 7 further cements the position of Samsung Electronics as a potent rival in the intensely competitive global market for smartphones.

Ohmyrupee is a completely free online shopping destination. It is created to provide users with the best deals, offers, promos, & coupons.

The website’s objective is to share the best deals available online, be it daily deals, special promotions, freebies & coupons, both online and in-store deals across India.

Previous Post Mobile Application Development in 2016 – What to Expect?

Next Post Forecast 2014-2016 for the Global Mobile Apps Market