While computers are now an important part of the lives of human beings, there was a time where computers did not exist. Knowing the history of computers and how much progression has been made can help you understand just how complicated and innovative the creation of computers really is.Universe Inform 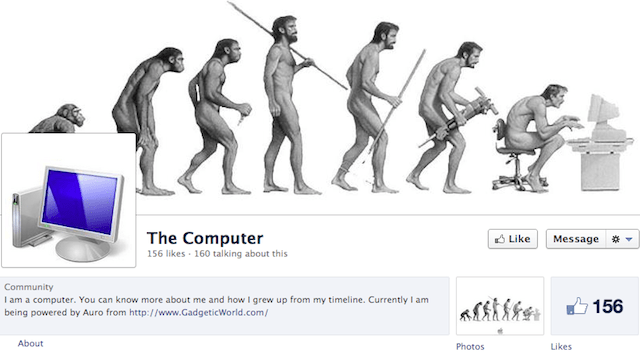 Unlike most devices, the computer is one of the few inventions that does not have one specific inventor. Many people have added their creations to the list required to make a computer work throughout the development of the computer. Some of the inventions have been different types of computers, and some of them were parts required to allow computers to be developed further.

Perhaps the most significant date in the history of computers is the year 1936. It was in this year that the first “computer” was developed. It was created by Konrad Zuse and dubbed the Z1 Computer. This computer stands as the first as it was the first system to be fully programmable. There were devices before this, but none had the computing power that sets it apart from other electronics.

It wasn’t until 1942 that any business saw profit and opportunity in computers. This first company was called ABC computers, owned and operated by John Atanasoff and Clifford Berry. Two years later, the Harvard Mark I computer was developed, furthering the science of computing.

Over the course of the next few years, inventors all over the world began to search more into the study of computers and how to improve upon them. Those next ten years say the introduction of the transistor, which would become a vital part of the inner workings of the computer, the ENIAC 1 computer, and many other types of systems. The ENIAC 1 is perhaps one of the most interesting, as it required 20,000 vacuum tubes to operate. It was a massive machine and started the revolution to build smaller and faster computers.

The age of computers was forever altered by introducing International Business Machines, or IBM, into the computing industry in 1953. Over the course of computer history, this company has been a major player in the development of new systems and servers for public and private use. This introduction brought about the first real signs of competition within computing history, which helped spur the faster and better development of computers. Their first contribution was the IBM 701 EDPM Computer.

The year 1955, the Bank of America, coupled with Stanford Research Institute and General Electric, saw the first computers for use in banks. The MICR, or Magnetic Ink Character Recognition, coupled with the actual computer, the ERMA, was a breakthrough for the banking industry. It wasn’t until 1959 that the pair of systems were put into use in actual banks.

In 1958, one of the most important breakthroughs in computer history occurred: creating the integrated circuit. This device, also known as the chip, is one of the base requirements for modern computer systems. On every motherboard and card within a computer system, many chips contain information on what the boards and cards do. Without these chips, the systems as we know them today cannot function.

For many computer users now, games are a vital part of the computing experience. 1962 saw the creation of the first computer game, which was created by Steve Russel and MIT, which was dubbed Spacewar.

The mouse, one of the most basic components of modern computers, was created in 1964 by Douglass Engelbart. It obtained its name from the “tail” leading out of the device.

One of the most important aspects of computers today was invented in 1969. ARPA net was the original Internet, which provided the foundation for the Internet that we know today. This development would result in the evolution of knowledge and business across the entire planet.

It wasn’t until 1970 that Intel entered the scene with the first dynamic RAM chip, which resulted in an explosion of computer science innovation.

On the heels of the RAM, the chip was the first microprocessor, which Intel also designed. In addition to the chip developed in 1958, these two components would number among the core components of modern computers.

A year later, the floppy disk was created, gaining its name from the flexibility of the storage unit. This was the first step in allowing most people to transfer bits of data between unconnected computers.

The first networking card was created in 1973, allowing data transfer between connected computers. This is similar to the Internet but allows for the computers to connect without using the Internet.

The next three years were very important for computers. This was when companies began to develop systems for the average consumer. The Shelby, Mark-8 Altair, IBM 5100, Apple I and II, TRS-80, and the Commodore Pet computers were the forerunners in this area. While expensive, these machines started the trend for computers within common households.

One of the most breakthroughs in computer software occurred in 1978 with the release of the VisiCalc Spreadsheet program. All development costs were paid for within a two-week period of time, making this one of the most successful programs in computer history.

1979 was perhaps one of the most important years for the home computer user. This year, WordStar, the first-word processing program, was released to the public for sale. This drastically altered the usefulness of computers for everyday users.

The IBM Home computer quickly helped revolutionize the consumer market in 1981, as it was affordable for homeowners and standard consumers. 1981 also saw the mega-giant Microsoft enter the scene with the MS-DOS operating system. This operating system utterly changed computing forever, as it was easy enough for everyone to learn.

The Competition Begins Apple vs. Microsoft

Computers saw yet another vital change during the year 1983. The Apple Lisa computer was the first with a graphical user interface or a GUI. Most modern programs contain a GUI, which allows them to be easy to use and pleasing for the eyes. This marked the beginning of the outdating of most text-based only programs.

Beyond this point in computer history, many changes and alterations have occurred, from the Apple-Microsoft wars to the development of microcomputers and a variety of computer technology breakthroughs that have become an accepted part of our daily lives. Without the initial first steps of computer history, none of this would have been possible.

Previous Post Choosing the Best Desktop Computer For You

Next Post Scope of Online Degrees in Computer Sciences