There is no doubt that effective and targeted resistance training is beneficial and critical to improvements in sports performance. Sports such as rugby, American Football, and rowing have employed weightlifting techniques of some form for what seems like forever. However, these are sports where the athlete’s size has been viewed as ‘bigger is better’ hence the enthusiasm for lifting weights.

Fortunately, now, even coaches in sports which have traditionally ignored weight training for fear of ‘bulking up’ realize that weight training can be programmed in such a way as to cause dramatic improvements in performance without large increases in muscle mass. 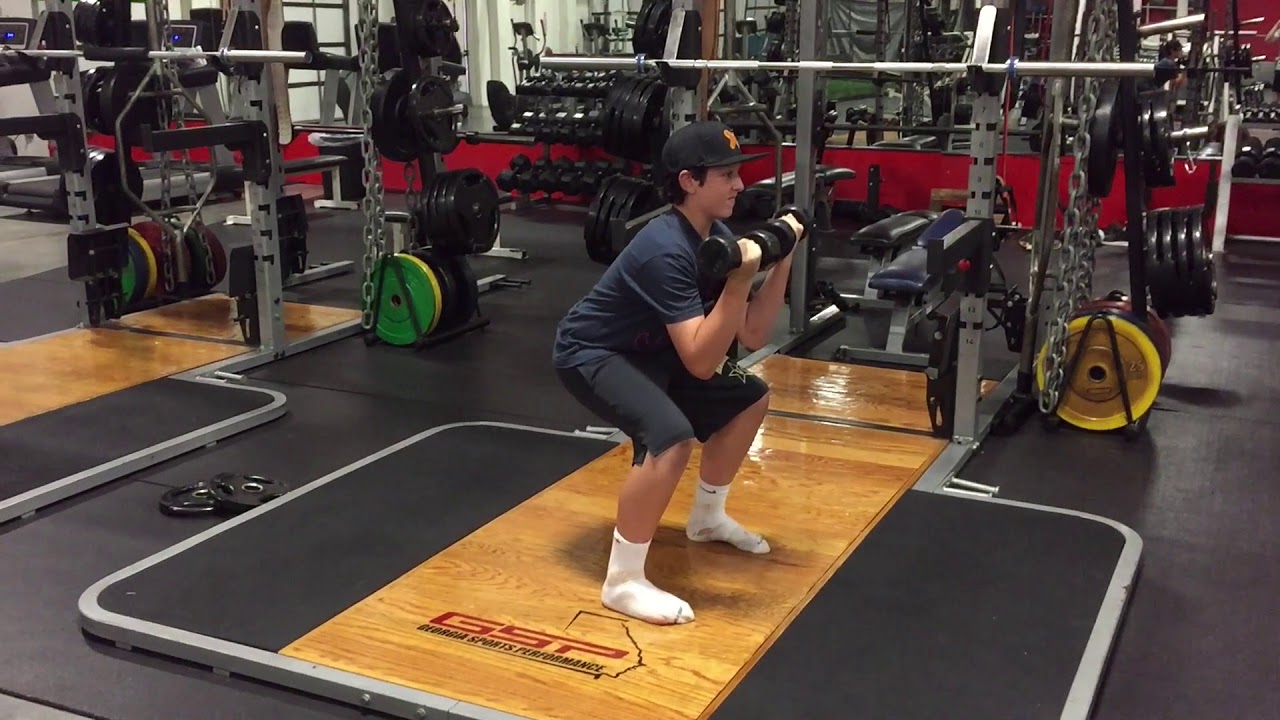 I intend to provide vast amounts of studies confirming the importance of weight training in a sport as many highly detailed books already exist.

I am more interested in giving you the practical knowledge you need to train hard and effectively whether you have a keen interest in a particular sport or want to find the most effective, time-efficient ways to achieve particular fitness goals.

In recent times we have seen the emergence of Rafael Nadal as the tennis World Number 1 following 4 years of domination by Roger Federer. There is no doubt in my mind that, aside from his raw talent, Nadal’s intense training in the gym has paid a massive part in his success. Whenever his matches are featured on TV, the conversation inevitably turns to his impressive physique and a seemingly infinite supply of energy on the court!

Whilst talking of tennis, I am reliably informed that Laura Robson, recent winner of Junior Wimbledon in 2008, has spent the last year training with kettlebells.

Closer to home, and on a level which is probably more relevant to you, my personal training clients at BodyClocq in Nottingham have experienced fantastic results on the sports field. Some of these people play sport as a serious (or not so serious) hobby.

For instance, I currently train a guy whose primary concern is fat loss. A combination of sound nutritional practices and kettlebell training has resulted in the fat loss of around 3 stones.

However, a noticeable side effect of powerful swings has been my client’s delight with the dramatic increases in the length of his golf drive off the tee. At this point, I have yet to do any direct rotational power drills with him. Still, we have worked extensively with kettlebell windmills and get-ups to improve hip mobility, hamstring flexibility, and core stabilization – all key elements on the golf course.

Another client at BodyClocq who trains with my business partner recently embarked on a structured weight training routine for the first time. As a cyclist weighing 55-60kg in the region, he cannot afford to be adding unnecessary weight to his frame.

A combination of kettlebell swings and snatches in his training have dramatically increased his strength and power on the bike, culminating in 2nd place in the British National Pursuit Championships and 3rd place in the European Championships. Power out of corners has been particularly noticeable, according to our client.

So what’s happening here, and why is weight training so important?

Again I don’t intend to fire too much science at you, but it will aid your learning if you understand the key concepts behind weight training in sport.

Every sport has its individual requirements, but I will take some of the most popular British sports to use as examples of how weight training can improve performance on the sports field.

Football/soccer (and most team sports)

Most team sports involve repeat bursts of speed over short distances with periods of low-intensity activity in between.

For instance (bar the goalkeeper), soccer players are required to move around the field at relatively low intensity before being called into action for usually anything between 5-20 seconds at a time. Clearly, different positions will have slightly different requirements.

However, at a basic level, every player needs the ability to produce fast sprints repeatedly for 90 minutes. This is known as power endurance – the ability to produce power over the entire duration of the match. An inability to maintain speed on sprints can be the difference between winning or conceding late goals, which change the result instantly.

Before you can develop power endurance, you must have power in your muscles. If you were listening in physics class, you’d know that…

In other words, to maximize power over a given distance, you need to maximize the force your muscles can produce and minimize the time it takes to complete the movement.

Another equation you may recall is that…

Now you might be thinking (and rightly so) that the mass you are required to move on the sports field remains (relatively) constant as it is your bodyweight.

A lot of improvement can be gained by training with bodyweight through ‘plyometrics’ such as jumping, bounding, and leaping to increase the acceleration part of the equation. However, these gains are limited, and at a certain point, the introduction of working against added weight of some form is crucial if continued gains are to be made.

The force a muscle can produce will increase greatly if you can move increasing amounts of resistance explosively. This requires strength in your muscles which can only be increased noticeably by working against an external resistance (weights).

This is a good time to point out that as a sportsperson, you shouldn’t be looking to lift heavier and heavier weights. You need to lift heavy weights to improve strength and power, but your focus should be on your ability to recruit your muscles fast and explosively, as is required on the sports field. For this reason, if you are doing squats, for instance, ensure you move the weight as fast as possible. If it takes more than a second to take the weight through the full range of motion of the muscle, you should reduce the weight until you can perform the exercise quickly but under control.

Before things get too confusing, let’s sum up what we have discussed so far.

Power endurance is the ultimate requirement of most sports, particularly team sports.

Power must be developed before we can ‘endure’ it or repeat it over the time span required.

You should now understand why everything in sport comes down to strength. If a netball player lacks the power to accelerate their body high enough off the ground to jump and catch a ball, there is little point wondering how to improve their performance in the final minutes of the game! Develop strength, convert it to power, then develop the capacity to do it repeatedly.

Golf differs from most team sports in that whilst repetition is an element of the game, the repetitions are spread out much more in terms of the time between them.

Returning to my golfing client, aside from the skills required for a good ‘short game’ around the greens, he requires the ability to drive the ball off the tee onto the fairway as close to the green as possible. This requires a one-off, powerful movement with significant rest time in between. Power endurance is therefore not required in the same way as in rugby, for instance.

If we can develop a powerful swing on the tee, my player then has a large amount of recovery time before he must tee-off at the next hole. Whilst he has shots to perform to complete the current hole, they don’t require the maximum effort as at the tee.

Like team sports, a tennis player needs to repeatedly generate power in various forms throughout the game. The difference is that, whereas soccer players, for instance, have longer periods of rest between bursts of activity, tennis players have very little chance of recovery. This requires a strong anaerobic base of fitness, enabling them to recover and generate power over and over again as they move through each point.

If we dissect an actual point, we can see why power is crucial to a tennis player. Firstly, the power required on the server is often the difference between a good player and a great player with a powerful weapon in their arsenal! Contrary to first impressions, a powerful serve comes from transferring power from the legs through the hips and into the upper body. It does not simply require a strong shoulder! However, a strong shoulder is important, and weight training of a more prehab-based structure is also crucial. 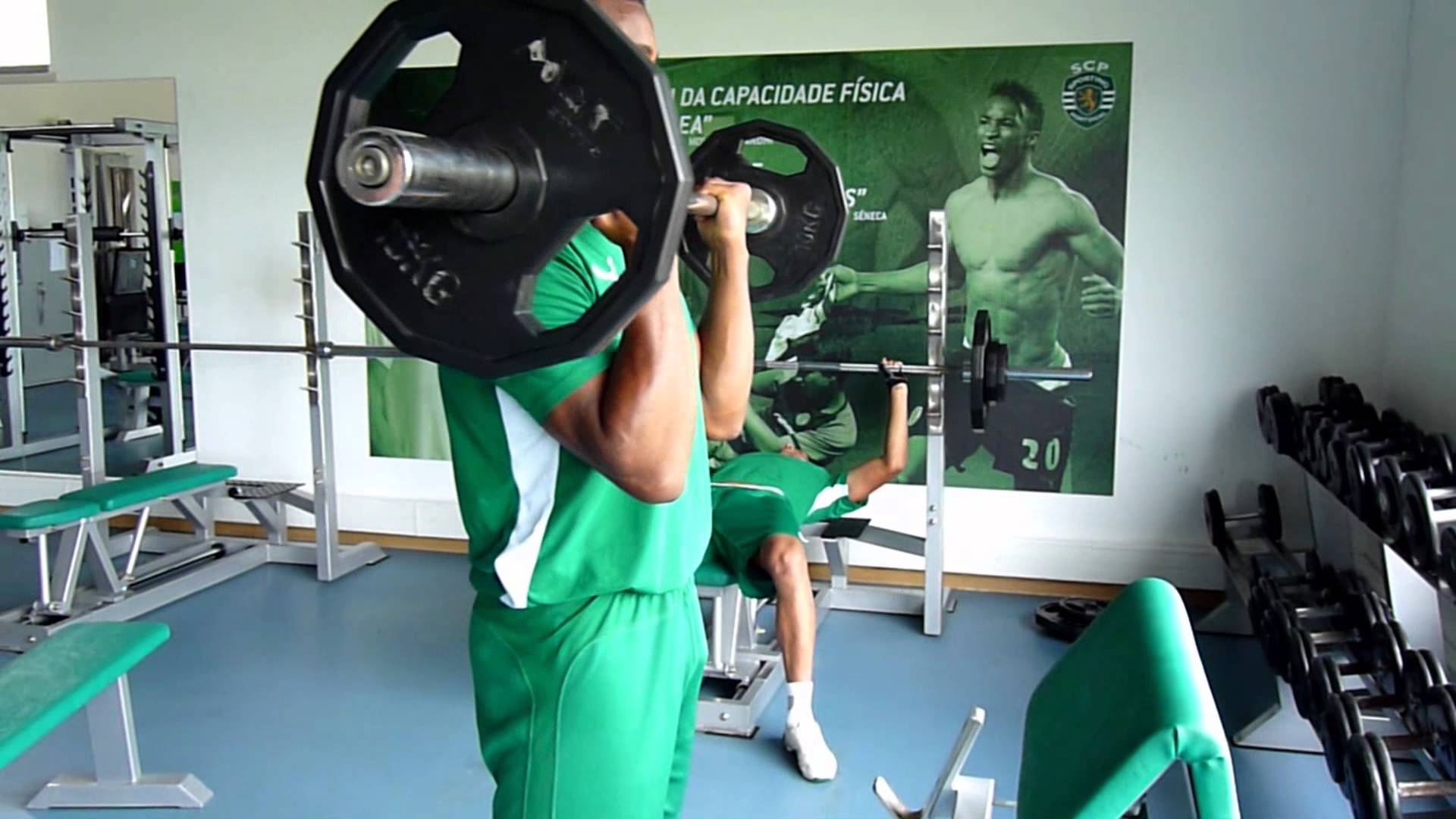 Once the server is complete, assuming the ball comes back, a tennis player now needs to perform repetitive sprints of up to five meters, sometimes for up to 30 seconds in a long rally. This is a great test of power endurance.

Having completed a sprint to reach the ball, hip drive and rotational power are also required to play a powerful shot.

So you can see that every facet of the tennis game can ultimately be broken down into strength and power and the ability to generate power for anything from one hour to five hours in some of the men’s five-set epics.

Previous Post Sport as War – The Racial Politics of Football