We all know that a life is born on Earth, grows, multiplies, and finally stops all its activities by the process called death. For a common person, LIFE means the activities between birth and death whereas actually, it is not so, as will be seen in this article. Also, for our article, let us consider human life for discussion because humans have the unique property called Intelligence, popularly known as the sixth sense. Under this special capacity, man does not stop with birth and death processes but goes beyond that by researching the origin of life. 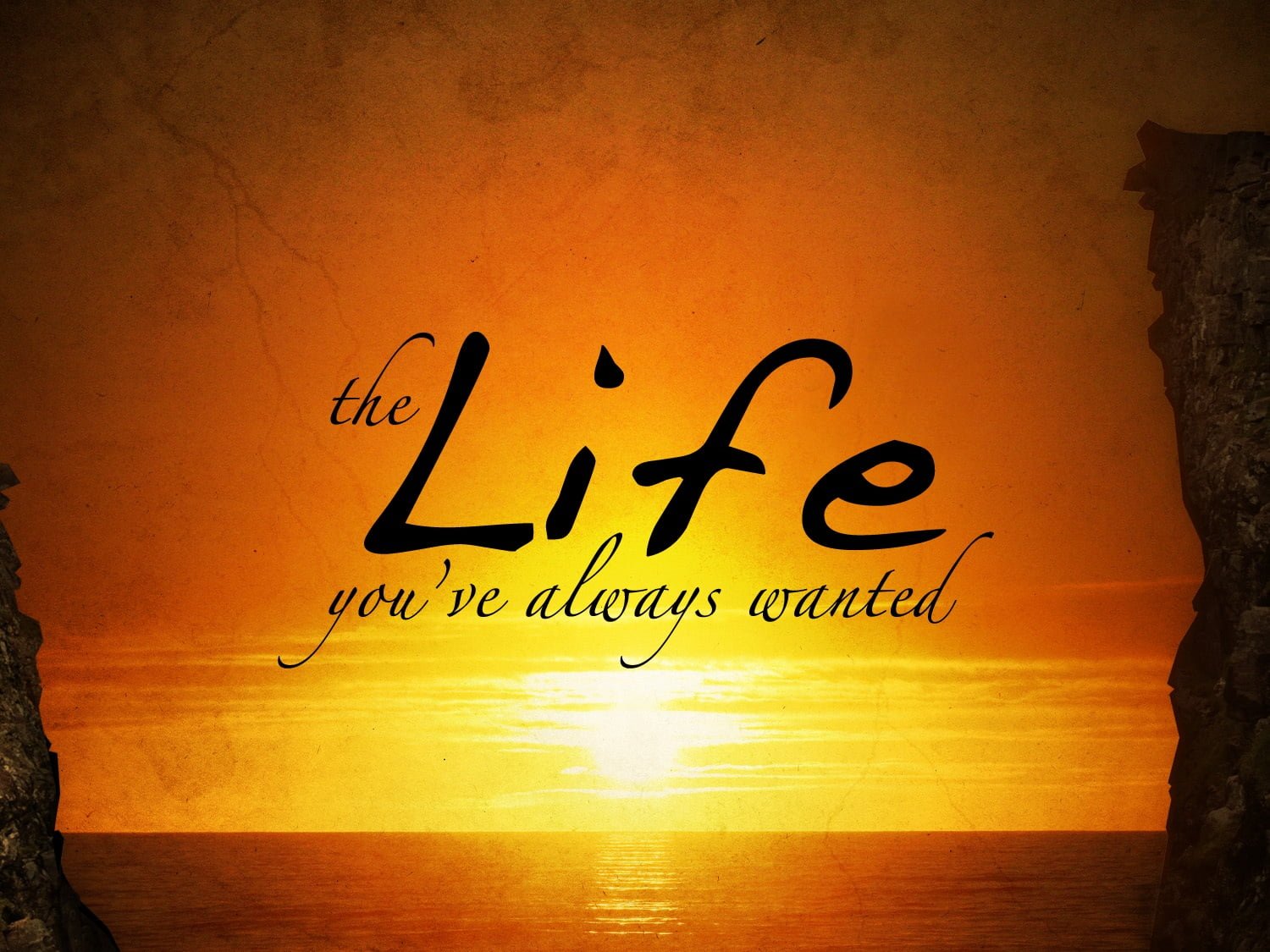 2. Life during the period covering birth to death and

Let us consider all the above three aspects both from scientific and philosophical points of view.

Summary show
1. Status of Life Before Birth:
2. Life During Birth to Death:
Krishnamurti with a dying patient:

1. Status of Life Before Birth:

What is the status of life before birth? For knowing this, one should visualize a status beyond space, time, and conservation laws. Only during birth life enters the material Universe, which essentially consists of space, time, and conservation laws. One more activity of life is THOUGHT which has created the Universe around him in which he is living. Discussions about all these aspects are reserved for the future and what we are discussing here involves only the physical aspects of life. Naturally, before birth, life is devoid of any physical matter. But all the plans are already coded in a plane above the material Universe, activated during birth according to the secret code already inscribed.

A. Concept of MASTER INTELLIGENT PLAN is proposed by the author of this article, Inasmuch SPACE and TIME belong to material Universe, INTELLIGENCE belongs to a plane ABOVE the material Universe. The fact that life is continuously critically generated in various forms of living beings leads us to think that there should be a plane that stores all the secrets of life. That generator should contain the entire genetic code in a subtle form. That plane is named as MASTER INTELLIGENT PLAN, implying that the secret code is inscribed in the form of a PLAN that will unfold in time as life proceeds.

In the opinion of this author, LIFE is not much different from INTELLIGENCE. In other words, only intelligent beings ‘live’, a man possessing the highest form of intelligence. That intelligence is in the form of a master plan with various genetic codes imprinted in it. That Master Intelligent Plan (M.I.P) is behind the manifestation of life, maintenance, and all the behavior we see on Earth.

Like computers, the master intelligent plan is also binary in nature. (Or is it the other way? Let us give a thought over this). The matter is an Ordinary state, and Life is an excited state. Due to various reactions, chemical and physical, matter can touch the lifeline, which is none other than the Master Intelligent Plan, and life is formed. These reactions at the micro-level cause individual life and the macro-level cause evolution. This is a simple treatment of how Intelligence enters life from Master Intelligent Plan to live during birth.

B.Concept of ‘Aperiodic’ Crystal Introduced by E.Schrodinger in His Book “Book of Life”

The above paragraph dealt with how Intelligence entered life. Regarding the material aspects of life causing the physical body, the concept of ‘aperiodic’ crystal was introduced by E.Schrodinger to define the basic element creating life. He envisaged an element that is not classified by periodic table, hence beyond material perception, and it contained genetic information in its configuration of covalent bonds. Later, scientists who discovered DNA acknowledged that Schrodinger’s aperiodic crystal was the forerunner for DNA which carried the genetic code for generations. A study about RNA and DNA will clarify how the genetic codes imprinted in the Master Intelligent Plan are carried over generation after generation.

2. Life During Birth to Death:

A: Biochemical Theories of Life:

The protein-making machinery acts as the spring of all biochemical reactions, and it is known as the Living State. (According to Prof Late R.Balasubramanian I.I.T, Chennai). The D.N.Molecules change through mutations and are instrumental in producing proteins, which determine the biochemical characteristics. The complex machinery uses existing proteins for synthesizing further proteins. A large R.N.A is a key molecule in the protein synthesising mechanism.

The basis for this building mechanism is the secret code imbibed by the Master Intelligent Plan, as mentioned in the foregoing paragraph.

B: Concept of Entropy and Negative Entropy (as discussed by E.Schrodinger):

In fact, the concept of Negative Entropy has given a new dimension to studying what life is. Let us see first what the definition of Entropy is. The term entropy is not new to a graduate student of Physics. It is a thermodynamic term that means the unavailability of a system’s energy to work. An increase in entropy accompanies a decrease in energy availability. An increase in entropy thus accompanies all irreversible processes in a closed system. Schrodinger takes up the popular idea that the increase in entropy is a measure of DISORDER. The entropy of the Universe is progressively increasing, and hence the disorder continues increasing as well. This applies to all the systems in Universe till an EXTERNAL AGENCY interferes and reverses the direction. That external agency in the form of energy converts entropy as NEGATIVE ENTROPY by giving a fresh energy supply, thus converting disorder to order. Hence entropy brings disorder; negative entropy brings order. Schrodinger applies this simple mechanism to life.

In other words, it is the mechanism by which any organism sucking orderliness from its environment can live, and the vast Universe is the agency which supplies that orderliness. That process is called intelligent living, and any intelligent living being gets its supply of negative entropy (ORDER) from the surroundings. The most powerful supplier of order for a living organism is the SUN which provides all the support for the maintenance of life.

B1: An Example of ENTROPY (Disorder) and NEGATIVE ENTROPY (order):

As discussed in the above paragraph, when entropy increases, disorder increases. In fact, it is unidirectional, as the time arrow. Even the Sun, which supplies enormous energy in the Solar system, is affected by this law, and one day it may also die due to the process called Heat death. However, the living objects circumvent the above law by deriving negative entropy (order) from the universe surrounding them.

Intelligence is the cause that helps living beings to draw that order. For example, a disease may be classified as entropy, whereas the medicine that man has discovered to cure it gives an order that helps him prolong his life. Even ordinary food, sunlight, etc., provide such power to derive order. We shall see an illustration from medicine to highlight how the concept of negative entropy nullifies disorder.

B2: Example of Penicillin as Supplier of Negative Entropy:

The concept of negative entropy as a ORDER supplier can be applied to MEDICINE, taking the disease as DISORDER and cure as order. We shall consider PENICILLIN to explain the above.

The DISORDER is caused by gram-positive bacteria, including causing syphilis, meningococcal meningitis, gas gangrene, pneumococcal pneumonia, and some staphylococcal and streptococcal infections. Penicillin is effective against such disorders in many cases. The class of penicillin that includes ampicillin andamoxillin with clavulanate is against gram-positive and gram-negative bacterias such as Haemophilias’ influenza, which effectively cures the disease.(More details may be obtained from books on medicine on this topic)

B3: Co-Meditation as Supplier of Negative Entropy:

Sometimes even psychological support will bring in the necessary energy to bring backorder. In this regard, the saying of J.Krishnamurti, the world-famous Indian Philosopher (1896-1987), is quoted as follows:

Krishnamurti with a dying patient:

Quote: He (the dying patient) said, “I’m dying. Disease, Incurable. And I’m frightened” So I (J.K) sat with him and held his hand, and said, “Let us die together” “If there is any attachment. I’ll die with you. You are free of attachment. Unquote.

Next Post This Life Is an Audition for the Next