The report read: “Bashar al Assad, president of Syria a malefic conqueror with his pal Putin, of Russia is as if they are in cohesion with some madman from the 4th Dimension, who are pals in world conquest, lest the leader called Mordieu, whose plans for the world conquest was to start in Syria, and will make Genghis Khan and his Mongol horde look like armatures.” Said professor Evens, professor at Los Wanaka University, in Huancayo Peru, for ‘World New Reports’ (February 20th, 2016.)

From World News Reports, March, 20th, 2016, by Professor Chick Evens (Bacterium Biologist), “Should you move about in Syria you will see 350,000-less inhabitants, these shapes of humans: men, women, and children and the elderly were not long ago alive now corpses of Bashar al-Assad’s regime. Because he has refused the UN’s resolution 2254 for peace talks, he is directly responsible for all those lives, including 11.5 million displaced Arabs, no longer available to live in their homes, short of water, electricity, and food, while he bathes in comfort with is a buddy in crime, Putin from Russia, who now has a military base in Syria. Also, 4.5 million Arabs have cut across Europe and live in Turkey, on its shores and inland, and al-Assad and Putin’s Russia are hitting airstrikes on hospitals. What is next? Is there no meaning to life within their souls? And some of the Greek islands are full of refugees. Some twelve nations are involved, including America, France, England, Turkey, Russia, the Saudis, the Syrian Rebels, Iran, Lebanon’s Hezbollah, Qatar, the Islamic State, al-Nusra Front, both terrorist groups, all involved in the war. All in battle gear, as the Russians bomb indiscriminately, and once captured tortured, without consideration, such as waterboarding, outlawed by the international laws of humanity. And now we got a faction from some world leader from outer space involved, out of some plane of the 4th Demission, he is called Malik Tawus, but his official name is Mordieu; al-Assad has reached across the border and made contact with the fourth plane, a new reservoir of forces that will allow him to overrun Syria, and the world with Russia, if not stopped. And you’d think our president Obama would be in hysteria over this, yet he is like a human who is helpless in life’s grip; quietly, slowly, inexorably, he watches these pointless murderers continue and continue as he sleeps. Unburdened.”

(Interlude: Syria once a rebellion, in 2012, now a conflict, 2016, before 2012, in 2011, it was simply protested that erupted across Syria. The progress is remarkable, in that bombing started in 2013, causing thousands of casualties. Then in 2015, Russia’s intervention within the conflict takes place. Now in this year of 2016, ‘the Year of the Monkey,’ the picture in Syria gets bleaker; with their government’s new strategy: ‘starve or surrender’… leaving 350,000-people removed from humanitarian aid.)

Said the newspaper interviewer, Miss Hoffmann, “Professor Evens, how do we stop it?”

“Miss,” said the professor, “if I told you one man started the First World War, responsible for eight-million deaths, and one man could have stopped it, and Genghis Khans’ march throughout Europe could have been stopped by one man, who was responsible for the death of twenty-five-million lives, and that al-Assad, president of Syria, is but one man in the same category, is but one man indifferent to death, and human sorrow could, if he wished to, stop the Syrian war, that has killed 300,000 inhabitants, with his reckless sweep of bombardments and bombings and his military forces, among so many offering their inconsistencies to which I am sure al-Assad loves to garnish his teeth at the Americans trying to help, and the French and Turks, and the Syrian Rebels who are the official resistance concerning his regime, if you had the power and means to stop it, would you?”

Replied Miss Hoffmann, “What can one woman do, naught!”

“Miss Hoffmann,” said the professor, “how wrong you are. We are headed into World War III, now what can you do? Go to the unthinkable!”

It struck some light for Miss Hoffmann. Several hundred thoughts filled her cerebellum, villainous thoughts. She lit a cigarette, puffed heavily on it. She thought, felt, she was being interviewed, rather than her doing the interview. Then after a long pause, the professor added, “Let us say it could not be accomplished unless that one person say, woman, say you, had acted in time?”

“Certainly,” she concluded meekly, “like the CIA used to do to runaway regimes in the days of the Iron Curtain, in the name of National Security, so I suppose in the name of World Peace, assassinate whoever needs to be assassinated to stop this senseless killing, needs to be killed. It is better one or two dies than one or two million, isn’t that what you want to hear, professor?”

“Perhaps! Is your imagination equal to what I am about to explain?”

She did not answer.

“We see Putin and al-Assad, are the two main factors that can stop this war, and another source: a monster conqueror in the background, stirring the pot, Malik Tawus. And if he is not stopped, he will make a monkey out of all of us earthlings; he’s been watching earth a long while a destroyer at his fancy: Mordieu.

Commented Miss Hoffmann, “You’re the sanest and most practical professor here at the university, so I’ve heard, but what you’re inferring sounds radically insane.”

(Miss Hoffmann had been delight when she received the phone call from the rector that the professor wanted to be interviewed by her, and now what he really wanted was for her to be an accessory to assignations, like Pope Pius XII’s secret support for the attempted overthrow of Nazi dictator Adolf Hitler; or perchance, the mechanic to the assignations!)

She was waiting emphatically at his explanation with haste, as for her the subject had been charged…

She could tell now the professor was in earnest. The professor smiled at Miss Hoffmann and her bewilderment. Said, “You are the perfect warrior,” adding, “unless you do it, this madman that has gone on for half a decade killing at will, his own countrymen, like Stalin, it soon will be a genocide, not so unlike the Jews holocaust, in WWII; no one left in Syria, and there will be no next generation. The Middle East is a vortex, a reservoir of power, and power-hungry men, more so today than in the old days of the Iron Curtain, or those days, before; but today, it is the future starting spot for Armageddon as we all have now witnessed the devastating slaughter, war crimes. You are the only axis to peace, to put the earth back on its axis.” 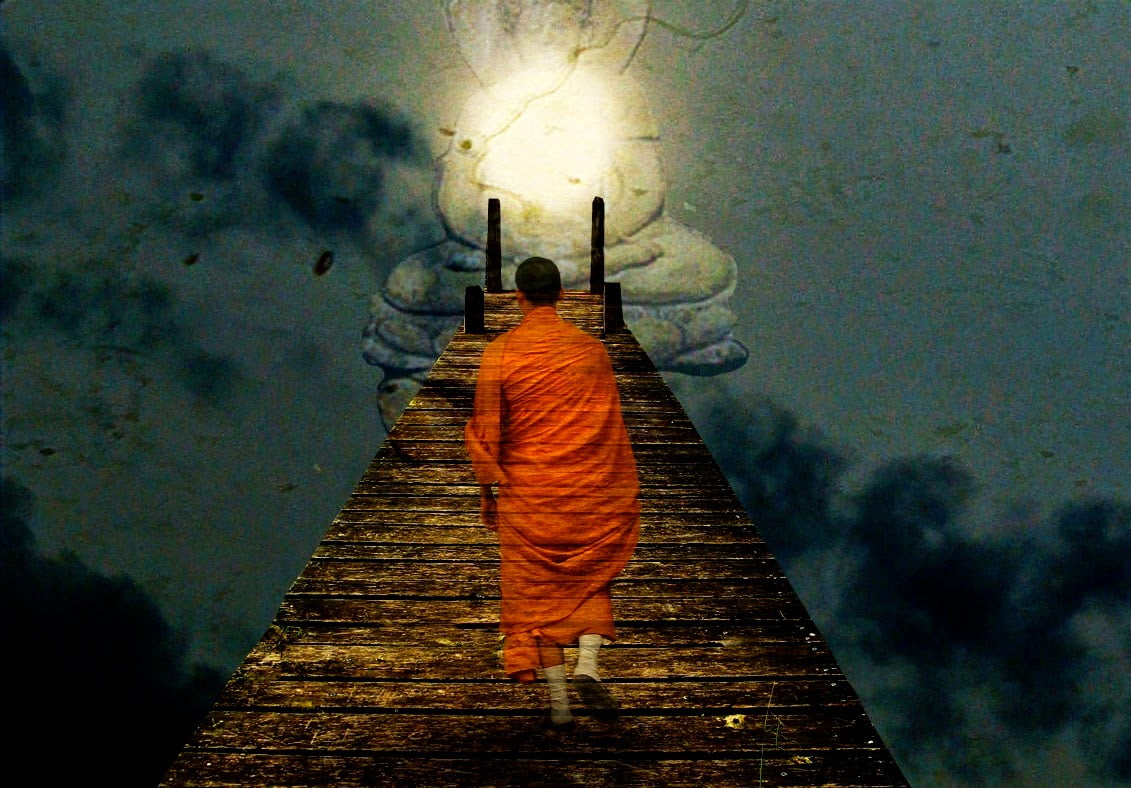 “When must this take place?” asked Miss Gloria Hoffmann. Knowing good and well, the president of Syria was unwilling to adjust and was simply a criminal at large.

“Immediately,” said the professor, “God forbid we let another day pass and allow the likes of another Hitler to kill eighty-million more inhabitants of the earth… ”

And so the professor’s plan was implemented, with the help of the CIA, and information from NSA, and with Israel’s backup military flights, from Tel Aviv to Syria, and Miss Hoffmann’s newspaper editor’s support.

Consequently, she went to the interview with three gifts, unknowing who would be there for sure but hoping al-Assad, would not have one of his staff to replace him, and Putin was there, and to the glory of the Professor, so was Mordieu, whom he despised the most. Miss Hoffman was allowed in a private room to assort her notes out and left alone, as the three political figures prepped for the international discussion, live on television, concerning the war.

(The Professor explained, to Miss Hoffman, prior to her departure about Mordieu, being the representative of a world beyond ours, in a cross-section of the 4th Dimension, a plane unknown to earth scientists, until most recently. As he had explained to Miss Hoffmann about Mordieu, his image, and his biological makeup, as to keep him out of any bright light, that he had a different organic makeup, that normal light does not bother him. Still, bright light does, he avoids it, like a form of a bacterium, that he had a very ancient mechanism.” How the professor knew all this puzzled her. Yet he had gone on to explain even more: “As the camera lens focuses light on his image, he is a monstrous cyanobacterium, a form of life shaped into human form. He has a way of detecting where bright light will be and directs his moves accordingly; that is why his skin looks under certain light, a bluish-green. At one time, his inhabitants were a form of planet algae, like bacteria frozen in ice, ice bugs in its natural form, and at even an earlier date microscope bacteria, what one may call a single-celled slime of a bug, but a billion years of evolution who’s to say, allowed him to become whatever he has become, and perhaps some help from demonic forces, or renegade angelic beings, doing experiments, thus came the Cyanobacteria-giants, or giant bugs undercover, all packed into fiberglass, gel skin, that looks human.) 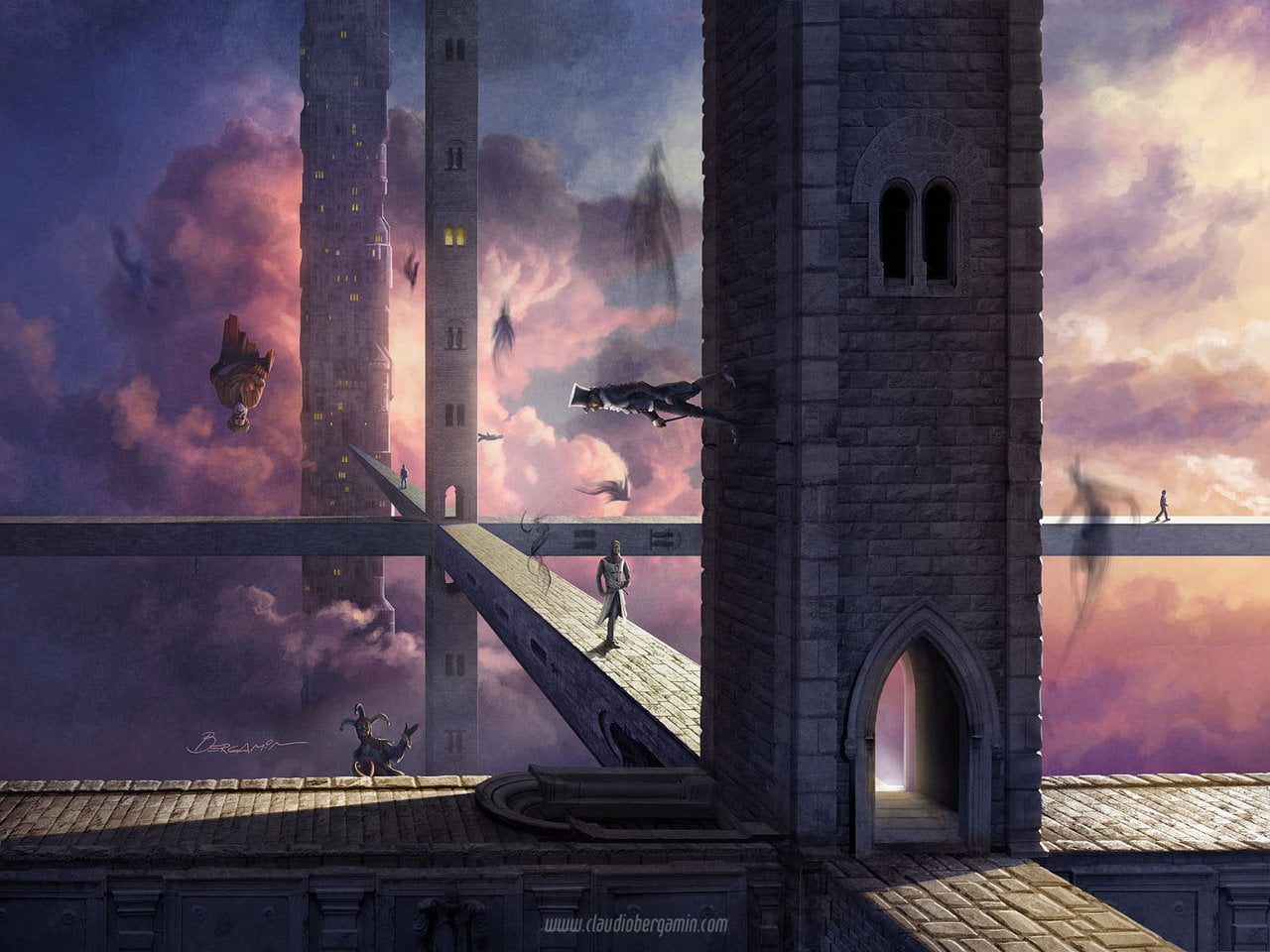 “You may enter,” said an agent, to Miss Hoffmann, into the fireside conference room, with several cameras in a place for the interview and security guards all about. And the interview went smooth as planned, and Miss Hoffmann gave all three a Persian rug, of great value, saying it was a gift from the newspaper editor of her gazette, knowing this area of the world, such as Iran, Afghanistan, Turkey, made the highest quality of handmade rugs, they were not large, rather five feet by three, and tightly knit. And all took them in hand with smiles and thank you (s), and thereafter she was escorted to her plane back to Israel. The newspaper headlines read the next day, all three were found dead of some sort of poison, they couldn’t imagine from what, but everyone, of course, knew. And that Resolution 2254, of the United Nations, for peace in Syria, was firmly in place, and the killings had stopped.