Do you love your Mac’s sleek design, extensive multimedia programs, and virus-free operating system but cannot manage without Windows’ applications? Yes, it is a predicament many of us computer users face. What are you supposed to do when you own and love using a Mac, but your work requires you to access windows? Many people have jobs that rely on Microsoft access, outlook,My Live Updates 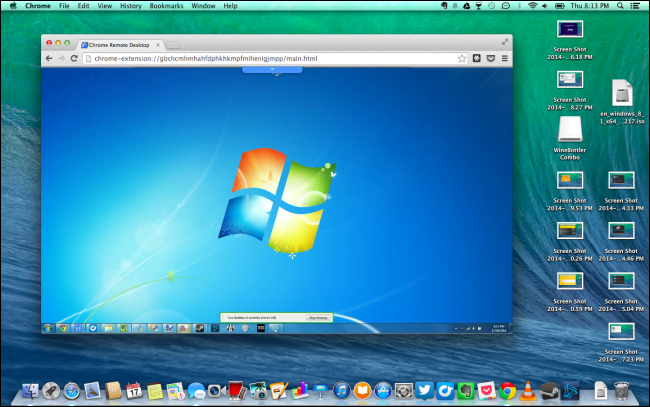 windows based 3-D graphics software, Adobe Photoshop, or any other piece of Windows corporate ware. Now since these people really don’t want to buy two separate systems, they are left asking the question, “Can You install windows on a Mac Computer”? And the answer, my friend, is YES. You can easily run Windows on a Mac and run Windows programs with Mac computers; there are a couple of ways to do it, and I will be outlining them below…

Since Apple’s transition to Intel processors in 2006, Windows applications run beautifully on the Mac. Every currently shipping Mac qualifies, but older Macs may not. You can run any Windows program and even play the best of windows 3-D games on your Mac with the right tools. Now there are two ways to run Windows programs on Mac, both ways will require you to install windows on a Mac, and they are:

1. Boot into Windows at startup – This way, it will dedicate 100% of the processor’s power to Windows and Windows applications. The only problem is that you can’t use Mac OS X and Mac applications again until you restart.

2. Use Virtualization software – This lets you run Mac OS X and Windows side by side. You can switch between them as easily as you’d switch between Mac applications.

The first option is dual booting, which means having more than one operating system installed on your System. When your computer starts, it prompts you and asks which operating system you’d like to run. To carry out this procedure, you can use a Boot Camp program which is available for download from the Apple website. The problem with this way is that you need to re-boot to switch between Mac and Windows applications. Depending on what you do and how you work, this is either a minor inconvenience or a big deal.

You see, you can’t copy and paste between Mac and Windows programs. And when you want to run a Windows program, you have to close everything you were working on, shut down the Mac, and restart it in Windows – and then reverse the whole process when you’re done. This can become quite time-consuming and annoying if you need to switch between the two operating systems regularly. So what is the solution to this problem?

This is where option 2 looks a lot more appealing, Virtualization! Virtualization, also known as Virtual Computing, allows you to run an OS inside an OS. It uses software to emulate PC hardware and create a “virtual machine” running alongside the Mac operating system, giving instant access to any desired Windows applications. This means you can run both windows application and Mac programs side by side and switch between the two seamlessly. Parallels Software releases the best Virtualization Software on the Market, and the great thing about their program is that it is Free to download so that you can start running windows programs with a Mac today! So if you use Microsoft Office for Work or frequently need access to Windows applications alongside your Mac software, then Virtualization is the way to go.

Therefore if you were wondering, can you install Windows on a Mac Computer, then wonder no more as your dream has become a reality. You have two options at your disposal; you can either use the duel booting method or grab some good virtualization software; most users find virtualization the most convenient route as you will be running Windows programs with Mac and your original Mac Programs side by side. For a more thorough look at how the two methods work and the tools required to run Windows on a Mac, visit the link below…

Do you need To Run Windows Programs on a Mac? Don’t Worry It can be done quite easily with the right tools; learn more about running Windows on Mac and making the switch today! Personally, I use virtualization to run Windows programs and play those glorious windows games on my Mac. The program is used Parallels Desktop 4.0; it is Free to download, and it will let you run both Windows and Mac Programs Side By Side, Allowing you to access the best of both worlds!