It was group discussion time at the restart, a woodsy rehabilitation center about 30 miles outside Seattle. Four residents sat around the living room and talked about their struggles with addiction, anxiously drumming their fingers on their legs and fidgeting with their shoelaces. One young man described dropping out of college to seek treatment for the crippling problem that brought them all here: compulsive Internet use.

It is easy to scoff at the idea of Internet addiction, which is not officially recognized as a disorder in the United States. Medical science has yet to diagnose precisely what is going on in the brains of the addicted, and there is no clear definition of what entails an Internet addiction. Yet, a growing number of parents and experts say addiction to screens is becoming a major problem for many young Americans, causing them to drop out of school, withdraw from their families and friends, and complain of deep anxieties in social settings. 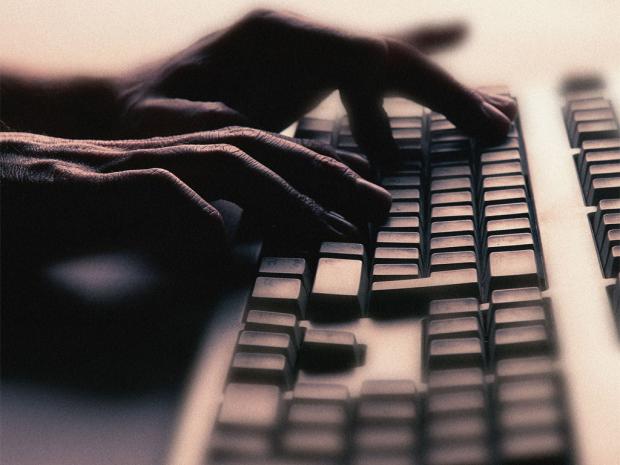 A recent study by Common Sense Media, a parent advocacy group, found that 59 percent of parents think their teens are addicted to mobile devices. Meanwhile, 50 percent of teenagers feel the same way. The study surveyed nearly 1,300 parents and children this year.

It is evident from the demand for centers such as reSTART — which will soon launch an adolescent program after fielding hundreds of pleading calls from parents — that many struggles with a dark side of tech use, even if our data-obsessed world can’t yet quantify it. Some parents think the condition is serious enough that they are willing to pay tens of thousands of dollars to send their children to get treatment because insurance won’t cover it.

“It’s not as obvious as substance addiction, but it’s very, very real,” said Alex, a 22-year-old who had been at reSTART for five days with a familiar story: He withdrew from college because he put playing games or using the Internet ahead of going to class or work. (Like the other patients, he declined to reveal his full name for fear he would be stigmatized as an addict.)

His parents, he said, had always encouraged him to use technology without realizing the harm it could do. They were trying to raise their son in a world soaked in technology that didn’t exist when they were his age.

“We are a guinea pig generation,” he said.

‘I was totally dependent.’

Experts say those who say they suffer from Internet addiction share many symptoms with other types of addicts, in terms of which chemicals are released into the brain. The pleasure centers of the brain light up when introduced to the stimulus. Addicts lose interest in other hobbies or, sometimes, never develop any. When not allowed to go online, they experience withdrawal symptoms such as irritability, depression, or even physical shaking. They retreat into corners of the Internet where they can find quick success — a dominant ranking in a game or a well-liked Facebook post — that they don’t have in the real world, experts say.

Peter, 30, knows. Before he began the reSTART program, he was homeless and unemployed. He also struggled with alcoholism but believed that his compulsive tech use led him to some of the darkest moments of his life.

“I was totally dependent. It cost me relationships,” he said.

Peter’s tech dependence started when he was 13 after his father died. He retreated into gaming to cope, playing from sunup until sundown, sometimes without taking breaks to eat or even to use the bathroom.

Gaming offered him a euphoric escape from reality. He spent more and more time playing games, watching online videos, and getting into arguments on social media and forums. He withdrew from the rest of the world, avoiding the pain and feelings of total worthlessness that hit him when he tried to address his problems. His schoolwork suffered. His physical health declined because he never learned to cook, to clean, to exercise — or, as he put it, “to live in an adult way.” That helped push his relationship with his mother to its breaking point, he said.

Hilarie Cash, the co-founder of ­reSTART and its chief clinical officer, knows these behaviors all too well. She first treated someone for Internet addiction in 1994: an adult man whose addiction to text-based online gaming cost him his marriage. As a result, many of her young clients have poor impulse control and an inability to plan for the future. Even the thought of having to plan a meal, Cash said, can lock some of her patients up with fear.

Some experts are less sure that these problems add up to a specific condition. In the United States, there is no definition of Internet addiction. It is not recognized in the Diagnostic and Statistical Manual of Mental Disorders (DSM), which sets the official standards for disorders in the United States. A draft definition covering video-game addiction is included in an appendix for further research review, but there is no entry for general tech use.

It’s difficult to tease out from existing research what exactly an addiction to the Internet entails, said Nancy Petry, a doctor, and professor at

the University of Connecticut’s medical school. She was on the American Psychiatric Association’s committee that evaluated behavioral addictions for the DSM’s fifth edition. Is addiction to online pornography, for example, an indication of Internet addiction or a sexual disorder? Or could it be both? Even when looking at something like an addiction to video games, Petry said, researchers have yet to define what aspects of gameplay are uniquely addictive.

“I think that’s part of the issue with this particular condition,” Petry said. “It shouldn’t be ­technology-specific. You don’t have a medical disorder based on a technology per se; that’s led to inconsistencies about what people are assessing. And when you open it up to [broader] Internet addiction, it gets messier and messier.”

Petry said that there is a strong suggestion that gaming addiction, at least, is its own unique condition — and that there could be further conditions related to Internet use. But, she said, more research is required to determine which behaviors are unique and deserving of their own recognition.

Other countries, however, do officially recognise some forms of Internet addiction as serious conditions. For example, in South Korea, Internet addiction has a formal definition; students are diagnosed and sent to government treatment centers. In China, militaristic government “boot camps” have treated millions of children. Japan, too, has tested an Internet “fasting camp” for young people.

But researchers say the problem in America needs more study. “We’re largely flying blind because we’ve done so little research about this,” said Jim Steyer, the executive director of Common Sense Media, whose study found that no one can agree on a definition — meaning that it’s hard to know how many of us in this perpetually plugged-in society has a serious problem.

Without a definition of what Internet-related addiction is, it is hard to get insurance coverage to help pay for intensive rehabilitation programs such as reSTART. The program costs $25,000 for 45 days at the center, on par with high-end drug recovery clinics.

Cash said that while insurance won’t pay for any of that treatment, some clinics can get the payment if addicts have another disorder, such as alcoholism, the DSM recognizes that.

Kimberly Young, a physician who founded the first-of-its-kind Center for Internet Addiction in 1995, has had little luck getting her patient’s financial support for their treatment. “Insurance companies are so tough that even when we have a drug addict that needs work, they don’t really want to pay,” she said. “We live in a tough world when it comes to health insurance, mental health, and addiction — especially to something new like the Internet.”

Chickens instead of screens

There is also debate about what kind of treatment works best.

At reSTART, which has mistreated 150 patients between the ages of 18 and 30, the mission is to help detox residents and teach them the basic life skills they need to balance their tech use properly. The center is a converted house on a five-acre lot with plenty of trails and a small brood of chickens. There is little tech in the house — certainly no smartphones or game consoles. Even fantasy books are confiscated at the door to keep patients from withdrawing into their own worlds. A music room off the foyer has an old phone booth for private calls.

Residents — generally young men, mostly sent by their parents — sleep in twin beds. They exercise and learn about goal-setting and balance and how to handle the anxiety and depression that can feed addictive behavior. Residents learn to shop for groceries or do laundry; many come not even knowing how to clean a bathroom. Once they’re done with their stay, they can go home or live in apartments with other former residents.

Young runs her northern Pennsylvania clinic more like a traditional treatment program, sometimes easing symptoms with psychiatric medication. Retreat houses like reSTART can be effective, she said, but she wondered if it was difficult for some patients to reenter the real world.

“It’s easier for someone to be in a house and a structured environment, where you can have a lot of support if you relapse,” she said. “But how practical is that later?”

Everyone agrees that parents play a significant role in establishing healthy habits since technology use is unavoidable.

“I tell them, you’re the drug dealer,” Young said. “You need to understand what you’re modeling to this child.”

Common Sense Media’s director of research, Michael Robb, said all parents should have conversations with their kids about balanced technology use. Robb said heavy use doesn’t necessarily signal a problem; parents have to know their own kids.

“Not everything is pathological; things can be problematic but below that threshold,” he said.

Delaney Ruston, a physician, and filmmaker explored a wide range of issues surrounding everyday tech use in her film “Screenagers.” The film followed her own struggle with her young daughter over how to monitor and moderate tech use.

Ruston thinks we should be careful about using the word “addiction” in casual conversations about tech use. For serious cases, she agrees that Internet addiction is a real problem. But for the kid who just won’t put her phone down during dinner? Calling her an addict may do more harm than good.

“We should be careful to stop using the word ‘addiction’ so kids can have an internal sense of control,” she said. “They have to know that the device does not control them.”