This is a good topic to discuss, especially now, since the popularity of all the make-over shows. I have always been curious as to why people, mostly women, believe that they are expected to look a certain way to “fit in” with society. 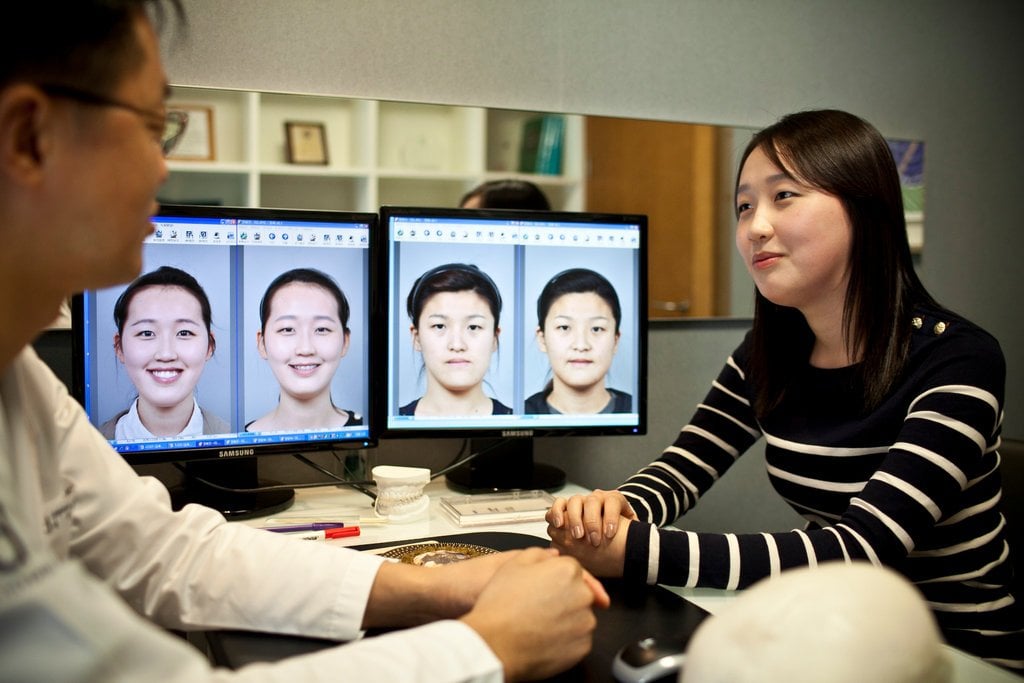 We all would like to believe that quaint saying, “beauty is in the eye of the beholder,” but how true and meaningful is that phrase when the beholder has been brainwashed, so to speak, into subscribing to the belief that beauty is the artificial look we see on glamour mags, in TV commercials, and even in some children’s books? For some time now, that image has consisted mainly of white women and the “white standard of beauty.””

I chose to start my search for the white standard of beauty in 1960. I chose that year because, at the time, a TV show was airing that sought to teach moral and societal lessons through fantastical tales.
Two episodes of this show were very telling and prophetic, and they both dealt with how society viewed beauty and the expectations placed on women to be “beautiful.”
That show was, The Twilight Zone.

Rod Serling offered us a tale of beauties and beasts in episode #42, entitled: Eye of the Beholder.
Here’s a brief synopsis of the show I found at The Twilight Zone Guide:
Janet Tyler anxiously awaits the outcome of her latest surgery. Janet, whose abnormal face has made her an outcast, has had her eleventh hospital visit – the maximum allowed by the State. If it didn’t succeed, she would be sent to live in a village where others of her kind are segregated. As her bandages are removed, she is revealed to be very beautiful. The doctor draws back in horror. As the lights come on, we see the others; their faces are misshapen and deformed. As Janet runs from her room crying, she runs into another kind, a handsome man named Walter Smith. He is in charge of an outcast village, and he assures her that she will eventually feel she belongs. He tells her to remember the old saying: “Beauty is in the eye of the beholder.””

Although the show was filmed in black and white, we can clearly see that Ms. Tyler is Caucasian. Although, the doctors appear to have darker skin. Nevertheless, the idea here was that the viewers empathized with Ms. Tyler because she was the classic blonde, slender beauty commonly seen in 1960’s fashion magazines.
As the show closes, the narrator speaks:
“Now, the questions that come to mind. Where is this place, and when is it? What kind of world where is ugliness the norm and beauty the deviation from that norm? The answer is, it doesn’t make any difference. Because the old saying happens to be true. Beauty is in the eye of the beholder, in this year or a hundred years hence, on this planet or wherever there is human life, perhaps out among the stars. Beauty is in the eye of the beholder. Lesson to be learned…in the Twilight Zone.”

In Season Five, episode #137 is called “Number Twelve Looks Just Like You” and was adopted by a short story called “The Beautiful People.” In this episode, we meet Marilyn, a young woman who is about to go through a rite of passage in her community. This rite is called “The Transformation,” and it requires citizens to choose among several models of bodies into which they will be transformed. The message here is that this society only sees one standard of beauty and that one will not be happy unless they look and act just like everyone else. Opening Narration:
“Given the chance, what young girl wouldn’t happily exchange a plain face for a lovely one? What girl could refuse the opportunity to be beautiful? For want of a better estimate, let’s call it the year 2000. At any rate, imagine a time in the future when science has developed a means of giving everyone the face and body he dreams of. It may not happen tomorrow–but it happens now, in the Twilight Zone.”

Once again, the beautiful people are all white, and we don’t see any women or men of color. What was this episode trying to tell black women about beauty? The closing narration:
Portrait of a young lady in love–with herself. Improbable? Perhaps. But in an age of plastic surgery, bodybuilding, and an infinity of cosmetics, let us hesitate to say impossible. These and other strange blessings may be waiting in the future–which, after all, is the Twilight Zone.”

Some aspects of beauty standards have changed, but not much. We do see more black models and beautiful black women. Still, when you look at the majority of the more famous ones (Tyra, Halle, Janet, Vanessa Williams, Beyonce, a few of whom have had plastic surgery, on their noses and other body parts), you can see straight away that they have many Caucasian attributes: small, pinched noses, lighter complexion, lighter eyes, straight, lightly colored hair. You will rarely see a model with very dark skin, a tight afro, wide, round, larger nose, and full, large lips. Flip through any issue of Vogue or Glamour and look for that image I just described. Then look for the first image I described.

So, are black women trying to aspire to the white standard of beauty when they seek plastic surgery?

According to Cynthia Winston, assistant professor of psychology at Howard University in Washington, D.C., We really don’t know much about how blacks are influenced. Most of the research focuses on perceptions related to skin color. However, foe most African-Americans, perception can be shaped by their environment. For example, an African-American woman growing up in an all-white neighborhood in Nebraska may be more likely than an African-American woman raised in inner-city Detroit to compare herself with white images of beauty.

I suppose it all comes down to how one feels inside about themselves. But there is this vicious cycle of doubt that women constantly face, so it’s often hard to reconcile your inner voices with the outside images thrown at you every day. So many women buy into the trends and fashions that dictate beauty. TV shows and print ads abound with images of sexy women. Fitness clubs persuade women to join not so they will lower their risk of heart disease but so they will aspire to be beautiful on the outside. No one tries to sell things that will help them on the inside.

In the end, you can look at all of this and say that there will always be standards of beauty and those who aspire to live up to those standards, and those wanting to make a profit off those standards (cosmetic companies, ad agencies, modeling agencies, fashion designers, plastic surgeons, psychotherapists). The media portrays what people want to see, and apparently, it’s sex and “beauty.”

Ms. Martin currently resides in sunny Southern California with her son. When she’s not writing, she works part-time as a preschool teacher, where she hopes to help all children develop positive self and body images.