Demonstrating good technique from a sporting perspective involves applying optimal movement ability to accomplish or solve a particular task effectively. A young athlete, for instance, who demonstrates sound technical ability while running is getting from point A to point B in an effective manner.

Technical ability in a sport is typically the underlying measure for potential success. Good athletes are more often than not technically sound athletes. This reality, however, does not start and stop concerning sport-specific skills; this fact extends itself into the realm of general athletic development and the promotion or advancement of general movement abilities. The crux of athletic development as a science resides in the notion that before we create a sporting technician or specialist, we must first build the athlete by installing competency in both basic and advanced movement abilities; this would include not only multi-directional movement skill but also the technical requirements of basic to advanced strength and power training exercises.

The technical abilities demonstrated in a given sport can be categorized based on the rules or requirements of that sport.

Summary show
Group One –
Group Two –
Group Three –
1. Generalized excitation of motor centers in the cortex.
2. Concentrated excitation in the appropriate motor centers.
3. Nationalization of the entire action
There are three basic phases in learning a technique:

A sport in which making a good impression on a judge is crucial (figure skating, gymnastics, etc.) often involves coalescing intricate movements together. Within these sports, the techniques being demonstrated are described or clear (and therefore can be judged for efficiency). They are being performed within a fixed environment and without impediment (i.e. no one is interfering with you). The athlete’s task is to develop the technical skill that can be showcased in a performance of pre-determined and practiced movements.

The techniques in this grouping allow the athlete to attain maximal and impartially measured results; there is no consideration for how well the technical abilities were displayed, just objective measurement for how effective they were (i.e., how fast did they run, how far did they throw the object, how much did they lift, etc.). Sports in this category would include track and field events, swimming, and weightlifting. An outside impediment is not an issue in this grouping either. In this grouping of sports, one’s motor abilities will define success – Meaning, the fastest or strongest athlete will win.

The ability to display adequate technique within this grouping aids in overcoming an opponent. This would include combat sports, racquet sports, and virtually all team sports. In this group, technical ability is combined with tactical sense and reacting to a continually changing situation and varying conditions. In this category, motor abilities (strength, speed, endurance, and flexibility) are submissive to technical ability. That is to say that the fastest or strongest athlete in this grouping of sports is not necessarily the most successful. Motor abilities are developed to improve your application of technical skills.

How efficiently an athlete learns the technical skills of a sport, strength training exercise, or movement is determined by several variables –

Emotional State – Relaxed and easy-going athletes tend to learn and reproduce new skills better than athletes who are uptight and self-critical.

Motivation – So many parents, coaches, and trainers assume that the kids they are working with WANT to be at practice or in that training session. This goes back to my argument on effective coaching includes knowing your athletes and what kind of stresses they are under OUTSIDE of your 60 minutes with them. Athletes who are motivated to learn new skills will do so more easily than unmotivated athletes.

Critical to note within this topic is the methods being employed by the Coach/Trainer to teach new techniques. With the lack of stringent regulations at the youth sports coaching level and the youth training industry, it is certainly more than fair to consider the quality of instruction being given:

What kind of personality does the coach have? In a study released by the Journal of Applied Sports Psychology in 1999 (Youth Athletes & Parents Prefer Different Coaching Styles), it showed that adolescent athletes (ages 10 – 18) enjoyed coaching styles that involved concerns regarding the well-being of each athlete, a positive group tone & feeling and supported friendly interpersonal relationships. 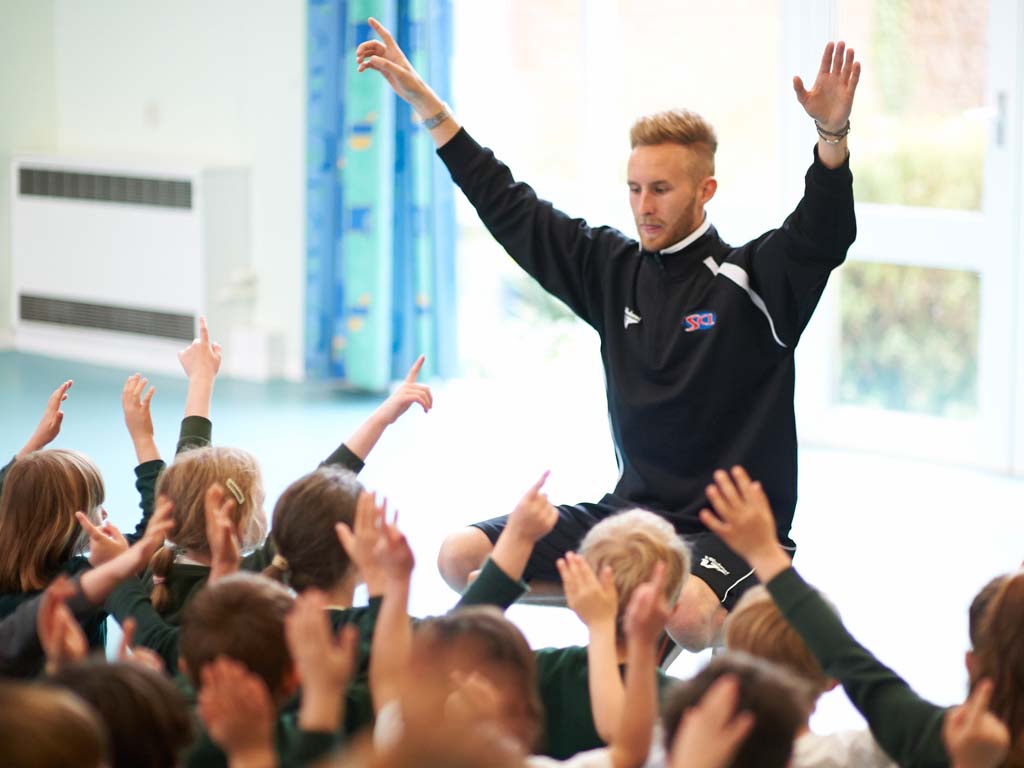 Does the coach have a solid working knowledge of the technique? This goes right to the route concern of inadequately credentialed Trainers and Coaches – if you aren’t sure yourself how to correct the problem, how is the young athlete supposed to get it right? Remember, when working with kids, you are building habits, good or bad. Your job is to make sure that each repetition forms a strong, positive habit in that young athlete. That can only be accomplished if the Trainer/Coach understands what they are teaching and can instruct the technique properly.
The core of technology development or learning is in the action of achieving perfect sensory-motor habits. A sensory-motor habit is simply a “learned activity of sensory and motor processes intentionally practiced to the point of nationalization.” From a physiological perspective, this entails creating a permanent conditional reflex connection that enables the exact same motor reactions to respond to the same stimuli. The development of a sensory-motor habit occurs through many stages:

1. Generalized excitation of motor centers in the cortex.

When young athletes are first learning a new skill, they will often become overly tensed as they concentrate hard on performing that skill correctly. This often leads to needless additional movements and a lack of ability to ‘zero-in’ on the movement of skill execution perfection.

3. Nationalization of the entire action

There is no need for any sort of conscious effort concerning movement control. The skill is performed in the right situation, in the correct way, and all via nationalization

Sensory-motor habits are either “open” or “closed” –

Open Habits are variable or adaptable to unexpected situation changes.
Closed Habits are suitable for when the movement is being executed in a static situation or environment.

In sports involving closed sensory-motor habits, athletes practice precise and preprogrammed movements. The athletes learn via feedback from their bodies and are eventually able to detect very small divergences from proper execution, divergences that would lead to a poor result or performance. Elite figure skaters or track and field throwing athletes, for example, will know immediately upon executing a jump or throw whether or not it was their best effort based on the feedback their bodies give them about an automatic understanding of what perfect execution feels like.

In sports relating to open sensory-motor habits, once the essence of the technique has been taught and perfected, the young athlete should be placed in constantly changing situations that will demand that the athlete learns to make quick reactive choices and maintain the ability to apply the learned technique in varying conditions. True aptness or perfection of open sensory-motor habits involves making them more plastic. This is a neurological reference that means making these skills more adaptable to a variety of situations.

There are three basic phases in learning a technique:

Basic Learning – The learning of a new technique should be done at a slow pace. Especially with younger athletes, coaches must refrain from ‘drilling’ a new technique at ‘normal time’ rates. That is, simply showing or describing an exercise or technique once or twice and then asking young athletes to replicate what they have just learned at a quickened or ‘game speed’ tempo is counterproductive to learning that technique on an optimal level. Remember, when dealing with young athletes, QUALITY OF TECHNIQUE is inherently more important than performing a certain number of drills. I try to equate developing a young athlete to progressing through the academic levels of a school system; a teacher would not give an example of advanced calculus to a third-grade class and expect them to understand it nor be able to solve calculus-based problems. Basic addition, multiplication, subtraction and division is taught at a young age and progressed upon with advanced conceptual understandings of mathematics as the student progresses in both age and intelligence. The same should be promoted with regards to developing a young athlete. In this example of ‘Basic Learning’, Coaches and Trainers should teach new techniques in a controlled manner, making sure that the athlete understands the concepts of body mechanics and angle of force, thereby increasing their awareness of movement economy. 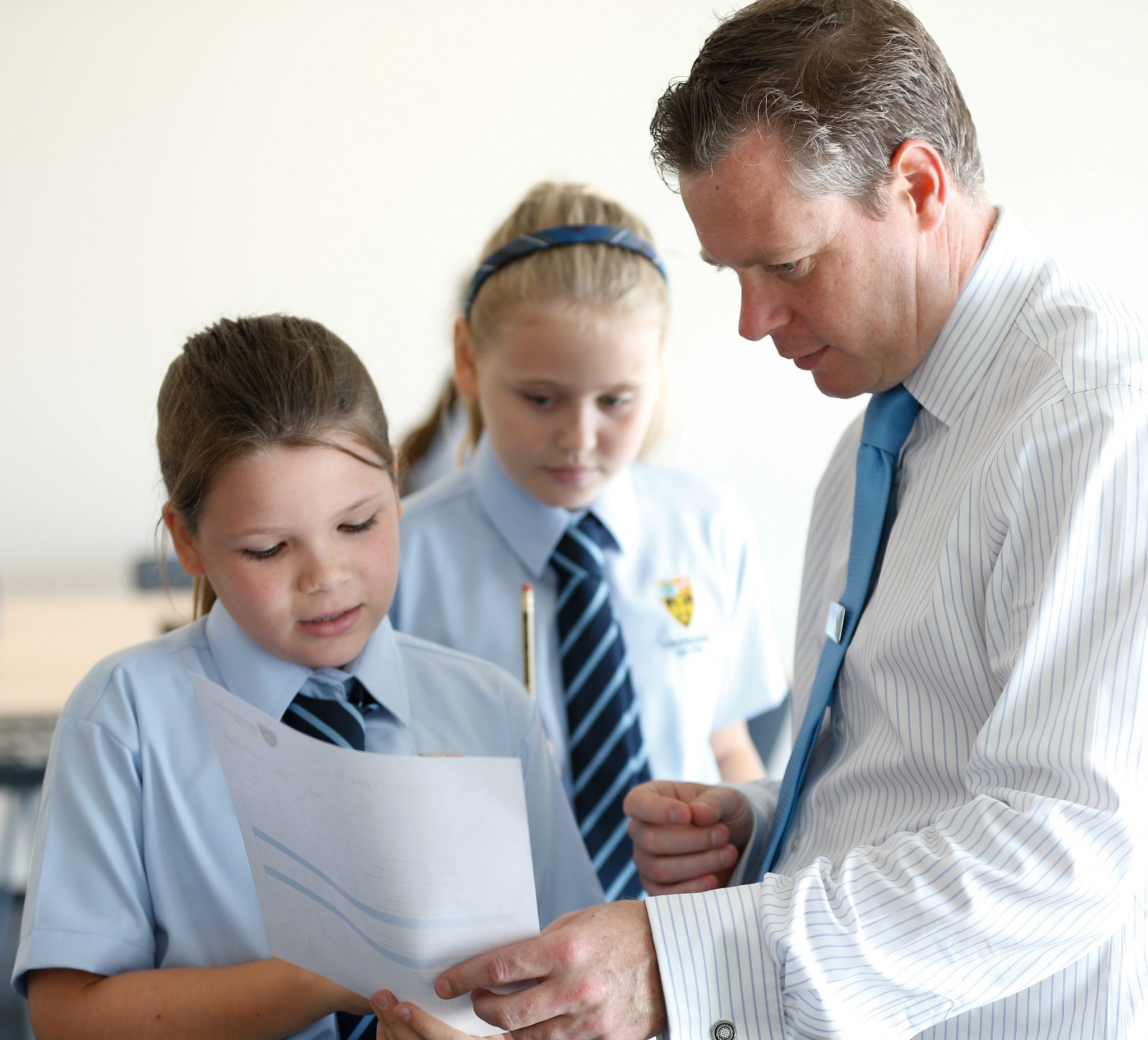 Controlled Application – Once the athlete understands the skill and can perform it at an increased pace during isolated practices (i.e., NOT game situations), the Coach should now incorporate ‘opponents’ into the next phase of skill/technique learning. This would entail controlled practices or scrimmages in which the techniques are practiced against another team or competitor. This phase of learning should also be based on quality of repetition, again refraining from ‘drilling.’ By drilling, I am referring to the Coach or Trainer who uses the common phrase ‘Do it again!’ at regular intervals during a practice. Remember, learning a technique is a process of which this is phase two. The Coach or Trainer should continue to provide feedback and instruction that supports the athlete in learning and refining this technique to an optimal level.

General Application – The Coach has very little influence over this phase during the actual event/game itself. The athlete will react and succeed based largely on how well they were taught. Quality, positive, and constructive feedback should still be offered to the athlete after the game or next practice.