It is bewildering, isn’t it, that more than two thousand years after the death of Jesus Christ, Christians continue to display dismal ignorance regarding the conditions for man to have eternal life. It follows then that Christians have not derived the necessary benefits from the Mission. The fact remains anyway that the events that happened in the Garden of Eden necessitated the Mission of Jesus Christ. Christians must take note of the fact that Satan had his purpose for tempting Adam. But, of course, he did not just stop at that. He took it upon himself to confuse the generality as to the true understanding of the implications of the events. To hit the nail on the head, Christians vehemently believe that the forbidden fruit was nothing else other than sexual relations. This is strange because the Bible is quite explicit on this. 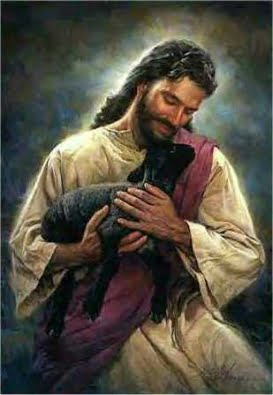 That rules out an abortion, family planning, sexual relations between man and man, woman and another woman, and between human beings and animals. The abominable sexual practice by people described as gay cannot be from GOD. Otherwise, He would not have destroyed Sodom and Gomorrah with fire. If these were from GOD, then He would be acting against His own interest. Namely, that man should be fruitful, increase in number, fill the earth and subdue it. The LORD GOD is not equivocal in any way. In addition, there is no shred of evidence, however, that the LORD GOD imposed a moratorium or prohibited sexual activity between husband and wife at any point in time. On the contrary, the LORD GOD accorded priority to the sexual activity above everything else. What then was the forbidden fruit? We shall get to that in its good time.

We have now come to the important task we set for ourselves here: To establish the condition required for Adam and Eve to live in the Garden of GOD in Paradise. From there, we shall establish that it is the same condition Jesus Christ says we have to fulfill before we can enter into the kingdom of GOD. It follows then that nothing has changed. In fact, the LORD GOD does not change. He says: “I the LORD do not change.” Malachi 3:6.

To start with, we want to establish the location of the Garden of Eden. The Bible says: “To him who overcomes, I will give the right to eat from the tree of life, which is in the paradise of GOD.” Revelation 2:7. Since the Garden of Eden is spiritual, Adam was, therefore, spirit.

The first thing we want to know respecting the trees is what life meant in the first tree and what death meant in that commandment to Adam regarding the second tree. If Adam had eaten the fruit of the tree of life, he would not have died in the spiritual in the Garden of Eden. Rather, he would have lived forever. Therefore, something must be in that tree that would have given eternal life to Adam. Let us find it out.

What do we know about eternal life? Jesus Christ says: “For as the Father has life in Himself, so He has granted the SON to have life in Himself.” John 5:26. We know then that only the ALMIGHTY GOD is the source of eternal life. Therefore, we can establish the following facts:

1. Eternal Life is inherent in the LORD GOD.

2. The LORD GOD grants eternal life. Otherwise, you can’t have it.

Also, Jesus Christ says in John 4:24 that the LORD GOD is Spirit. In addition, Paul says: “For since the creation of GOD’s invisible qualities — his eternal power and Divine Nature — have been clearly seen, being understood from what has been made, so that men are without excuse.” Romans 1:20. In addition, the Bible says: “We also know that the Son of God has come and has given us understanding, so that we may know him who is true. And we are in him who is true — even in his Son Jesus Christ. He is the true GOD and eternal life.” 1 John 5:20. We can then say of the LORD GOD that:

GOD is Spirit GOD is Divine GOD is Eternal Life

It becomes obvious then that the fruit of life is the Divine Nature of GOD.

The meaning of this is that by eating the fruit of life, the LORD GOD becomes part of man. The spirit man becomes born of Spirit.

Jesus Christ says the spirit of man is born of the Spirit of GOD. John 3:5&6.

Peter says that we participate in the divine nature. 2 Peter 1:4

Paul says that we each become a temple of the Living GOD. 2 Corinthians 6:16.

Therefore, life in the first fruit means Eternal Life with the LORD GOD or, in other words, life in the kingdom of GOD.

The second tree was the tree of knowledge of good and evil. The LORD GOD commanded Adam not to eat from this tree or else he would die. It seems this tree was the converse of the former one. The one gives life; the other brings death. Let us remind ourselves that we have just established that Adam was in spirit existence in the Garden of Eden. For Adam, activity in spirit existence was life with the LORD GOD. DeathTherefore, death in the commandmentt death or end of activity in the spirit existence with the LORD GOD. This resulted in life with Satan in the physical nature of flesh and blood, a life doomed for destruction. Let us draw conclusions that are parallel to those we arrived at regarding the fruit of life.