Sierra Leone is bounded on the north-west, north, and north-east by the Republic Guinea, on the south-east by the Republic of Liberia, and on the south-west by the Atlantic Ocean. It has an area of 27,925 square miles. The colony of Sierra Leone originated in the sale and cession in 1787 by native chiefs to English settlers of a piece of land intended as a home for African settlers who were waifs in London. Later, it was used as a settlement for freed African slaves. The hinterland was declared a British Protectorate on 21st August 1896. Sierra Leone attained independence on 27th April 1961 and became a Republic in 1971. Both private and state-sponsored schools provide education. The current education system is 6-3-4-4 (that is, six years Primary school, three years Junior Secondary School, four years Senior Secondary School, and four years tertiary/higher education. This system is complemented by non-formal education. 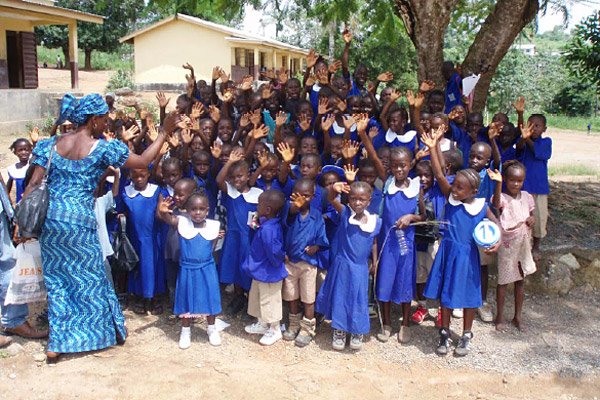 Education is frequently used in the sense of instruction in the classroom, laboratory, workshop, or domestic science room and consists principally in the imparting by the teacher, and the acquisition by pupils, of information and mental as well as manual skills. A wider meaning than instruction is that of schooling. That is to say, all that goes on within the school is part of the pupil’s life there. It includes, among other things, the relationship between pupils and teachers, pupils and pupils both in and outside the school. J. S. Mill (1931) opined that whatever helps to shape the human being; to make the individual what he is or hinder him from being what he is not is part of his education. Implicitly education is lifelong and ubiquitous; it is the total of all influences which go to make a person what he is, from birth to death. It includes the home, our neighbors, and the street, among others.

Education is, to some extent, a deliberate, planned process devised and conducted by the educator to imbue the learner with certain information, skills, mind, and body, and modes of behavior considered desirable. In part, it is the learner’s own response to the environment in which he lives. Education has three focal points: the individual/person upon whom the educator’s influences are brought to bear; the society or community to which he belongs; and the whole context of reality within which the individual and society play their part. Man is a social creature; he grows as a person through the impact of personality on personality. Even for his basic physical needs, he depends on the help and cooperation of his fellow men and women. Without society and the mutual support and enrichment of experiences it provides, civilization is impossible. In Hobbes’ words, the life of man is “solitary, poor, nasty, brutish and short.”

One of the fundamental facts of human existence is the tension between the pull of the past and the forward urge into the future, between stability and change, tradition and innovation. For effective living,man needs a circle of security, an area of established habits and relationship which forms dependable relationships. This is also true of society. There must be an underlying continuity of traditions and outlook for its effective functioning, which preserves its identity as a society and safeguards it against the disruptive effects of change. Change must be for life and not static, but this change, in turn, must be controlled by the basic traditions of society. It is a tradition that gives a nation its character and distinctiveness as a society. The conservation of tradition, therefore, is obviously crucial.

It has been recognized from time immemorial that the conservation of traditional education has a vital part in the development of the child. Today’s children are the adults of tomorrow; they must be trained, therefore, to inherit and perpetuate the beliefs and modes of life peculiar to the particular society to which they belong. Every society has the desire to preserve itself physically and as a community, consciously sharing certain aims, ideals, and patterns of behavior. This type of education is not necessarily formal in schools through classroom instruction, but that affected indirectly through the family and through the impact on the individual of social influences and customs that the child cannot evade. In Sierra Leone, this social education included elaborate ceremonies of initiation involving feats of endurance in which young men and women must prove themselves worthy of the community. The ultimate goal was to produce an honest, respectful, skilled, cooperative individual who could conform to the social order of the day. As Aristotle once stated, “the constitution of a state will suffer if education is neglected. The citizens of a state should always be educated to suit the constitution of the state. The type of character appropriate to a constitution is the power that sustains it as it is also the state force that created it” (p. I).

Traditional education has both a creative and conservation function in society; it is a powerful means of preserving a society’s customs, if not culture. In the past, the nature and needs of society played a vital part in determining the nature of education. Professor M.V.C. Jeffreys (1950) once wrote in his book Glaucon that “in a tranquil society the educational system will tend to reflect the social pattern, while social uneasiness and instability create opportunity for using education as an instrument of social change”(p.7). A similar view was shared by John Dewey (1897), who opined that through education, society can formulate its own purposes, can organize its own means and resources, and thus save itself with definiteness and economy in the direction in which it wishes to move. Education looks both to the past and the future; inevitably, it reflects the traditions and character of society. TraditThus, traditionaltion can be used to prepare for societal changes and anticipate and prevent changes or the effects of changes in society.

Traditional education conserves and hands-on the customs and ways of life that constitute a society’s character and maintains its unity. It also helps society to interpret its functions in new ways to meet the challenges of change, seeking ways or lines of development which are consistent with the traditions and customs and will at the same time raise society to complete fulfillment of itself.
TRADITIONAL EDUCATIONAL INSTITUTIONS IN SIERRA LEONE

History reveals that there were no formal schools where children were educated in Pre-colonial Sierra Leone. The Poro and Bondo/Sande Secret Societies were looked upon as institutions to train children. They were bush schools. And the education these bush schools provided was informal. Children who went through these secret societies were considered capable of carrying out their civic responsibilities. They became adults and can marry and start life. They considered themselves as one family. In other words, both Secret Societies created a sense of comradeship and unity among members irrespective of family, clan, or ethnic affiliation. It was therefore considered that children who had not gone through these secret societies were not fully matured.

The Poro Secret Society is for boys. The spiritual head of the Poro Society is Pa Gbonu, seen only by the older graduates or members. The physical heads are the Pa Sama Yorgbors and Pa Romanos. They direct the activities of the institution. The senior instructors are the Pa Kashis, who generally teach and give instructions to other initiators. The Pa Manchiyas serve as teachers to the initiates, while the Kachemas are the scaring spirits. They scare the women and children alike together with the new initiates. The Rakas are the errand boys carrying messages around. The Yambas is the head boys. The Bomos are the senior prefects while the Sayboms are the prefects, and the monitors are the Gbanaboms. Informal classes are held in the Secret Poro Bush. The subjects taught include Creative Practical Arts, Performing Arts, Practical Agriculture, Medicine i.e., use of local herbs fo,r the treatment of different ailments), warfare and other skills. In Creative Practical Arts, initiates are taught how to make fishing nets, baskets, mats, and carving wood and soap stones into different objects such as animals and humans; in Performing Arts, initiates are taught singing, dancing, and the use of Poro musical instruments. In Practical Agriculture initiates practice farming. Boys are taught to bear hardship without complaint and grow accustomed to it. Thus they are taken to the farms of their teachers and elders to work on a pro bono basis. However, during the harvest season, initiates could pass through these farms taking whatever they need and eat without being questioned by farm owners. Initiates are taught to respect elders and use guns to kill animals. In a similar vein, initiates are taught how to use guns in fighting in defense of their communities. Other skills initiates are taught making fish traps, fishing and hunting net, and basketry. In the use of herbs, initiates pay money (some freely given) for healing various sicknesses and protection against enemies, evil spirits, and snake bites. Initiates who want to cause harm to others using herbs could ‘redeem’ the herb/medicine concerned. Overall, initiates are taught a new Language spoken only by members called Ke Sonor. For example, Wonka trika meaning I am talking to you; Wonka Bonomi meaning Talk to me. The use of this new Language makes graduates very proud and feel different from non-initiates. Graduates come out with new names such as Lamp, Langba, and Kohler. A graduation ceremony climaxes the event.

Parents make massive preparations, including sewing dresses for the graduates. There is feasting, drinking, dancing, and singing praise songs for the graduates and their parents to mark the graduation ceremony. Those qualified for initiation must have been circumcised and grown to the age of puberty. They have to live on their oAfter that, theyuring the period of training, which ranges from one to seven years. Graduates are fully admittedAfter that, graduateseneral Poro society through another ceremony called Enkorie, which lasts for four days.

The Bondo/Sande Society is the institution where girls are trained for womanhood. Its spiritual head is Na Bondigba. The Na Gboyamas and Na Wulus are the physical heads. These have spiritual powers used to foretell the future and catch witches. They are the senior teachers. The Na Sokos are the service teachers. They can initiate girls even up to the advanced stage of Society. Douglas is the general teacher and stays close to the initiates. The Sampas are skillful dancers and errand girls/women. They make announcements about the progress and activities or programs during the graduation ceremony.