All over the world, the numbers of people in school at the different levels takes pyramidal shape. There are huge numbers at the elementary, but as they progress, the numbers decrease, leaving just a few in higher education. In the United States, some 65 million students were expected to enroll from K to K12 in the fall of 2015. In the same period, it was expected that 20.2 million would be attending Colleges and Universities. It is estimated that 25% of fresh high school students in the U.S.A cannot graduate. For fresh students who enter colleges or universities, 1 out of 3 is likely not to make it to the second year. This dropout rate hinders national development because many people do not receive the full training they need to be functional in society. National development would be hugely fostered if more adults receive an education so that they become functional in society. 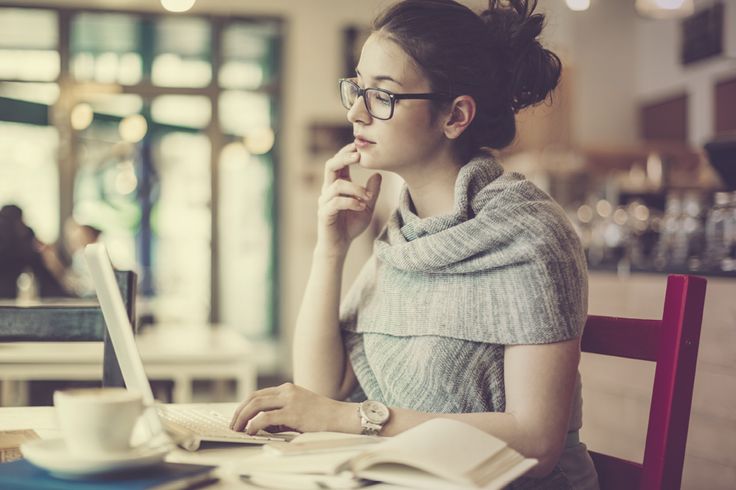 I am not saying that all adults who were not fully educated are not playing important roles in society. There are very prominent individuals in society who dropped out of school at some level. Bill Gates, Mark Zuckerberg, Oprah Winfrey, for example, at some point, dropped out of school. Though this list is not exhaustive, the number of people who dropped out of school or decided not to gain higher education and became successful is relatively few. The majority dropped out or discontinued education and could not become successful in their careers because they lacked the knowledge they needed to develop their potential. If you check the history of those who, despite dropping out or discontinuing schooling, have become successful, you will find that they appeared to have found their life’s purpose and so pursued those goals and, more importantly, they received some education later.

Education, as we all know, is a life-long activity. At any point in time, whether you dropped out of school or got honors at your graduation, you would need education. The school dropout who has found himself a vocation or gained employment needs education so he/she can be more productive, the dropout who has realized the need to school but has ‘grown past school-going age’ and desires to school obviously needs education, managers as well as employees need further education to keep pace with today’s rapidly changing world and gain increased wages and status respectively. Somehow, the traditional education-dependent society we have created for ourselves and considers the ‘best limits our quest for continuing education. For many people, formal education ended the day they dropped out or graduated from High School, College, or University, even though technology makes it possible for us to sit in our houses and still get quality education.

When technology – computers and internet connectivity – replaced physical classrooms and made it possible to study by distance in real time, it appeared the issue of continuous education for everyone, including the dropout and the working class, have been solved. It appeared and still does that now the teacher need not leave his students, apply for study leave or leave of absence to pursue further education. It appeared the fifty-year-old woman who dropped out of school several years ago could now school from home, and it appeared the father could learn what his daughter is learning at College using the same device he uses to call her. That is what it appeared. On the other hand, those who dropped out of school due to financial issues and have not since had a breakthrough would not benefit, and those who have the money would not want to put their money into certificate employers and academicians alike would frown upon. So little appear to have changed for these two groups of people, though online Colleges and Universities abound.

Two prime issues are to blame. First, online education is too expensive for the target group of learners. Second, there is the perception that online Colleges and Universities do not provide holistic education like traditional Colleges and Universities. As indicated by Ed Vosganian – founder and CEO of College Funding 123, the cost of on-campus University for undergraduates is estimated at 42,000 dollars. In comparison, for the same group, it cost around 21,000 dollars for online universities. By comparison, we would say that it cost far less to study online. But we need not lose sight of those who mostly enroll in online universities. It is those in the middle and lower classes who opt for online universities. They include; the employee who has sacrificed pleasure for higher qualification in return for better wages, the unemployed who wants to gain employable skills, the dropout who wants to get back to school in the hope that there will be a brighter future, and the people living in the remote part of the world, especially in the developing world, who don’t even have the money to pay fees and so would have to learn and work simultaneously. To these 21,000 dollars is money so huge, it is tough to raise. There are people of the higher income class who enroll in online universities. Still, online learning is not popular among these due to low prestige and the myths associated with online education. The online institutions will tell you; they would not put anything on your certificate to show that you received a non-traditional education. This kind of advert speaks of how society values online education. Online education is considered a cheap way of getting ‘watered down’ education. Online Colleges and Universities were until recently considered diploma mills. This perception still exists, though empirical evidence tells us there is no disparity in the quality of students from traditional Colleges and Universities on one hand and online Colleges and Universities on the other. Online Universities and Colleges are doing their best to make online learning prestigious and bring down study costs, but they cannot do it alone. With government intervention, online learning can become prestigious and lower and middle-class-friendly.

The ramifications of these interventions would definitely be awesome. First, providing a national framework for online education would take away the negative perception people have about online learning. Many think online learning is easy, and also, the number of credits taken is far less than those taken in traditional learning settings. This thinking exists because some poorly designed online courses in which certificates are awarded after just a couple of assignments have been submitted. Such practices can be stopped when a national framework is developed and operationalized. A national framework will give credibility to online learning. A national standard for online would have to be adhered to, so no online college or university can sell certificates. Subsidizing Accreditation will yield three results. The most obvious is that it would reduce program fees because amount to pass to the students would be less. Second, subsidizing accreditation fees would encourage online Colleges and Universities to seek accreditation from accrediting bodies recognize by the Department of Education or the appropriate state agency. Even though accreditation is not compulsory in some parts of the world, like the united states, some occupations requiring state licensing would not accept degrees from non-accredited Colleges and universities. Prospective online learners are usually worried about whether they can easily work with their certificates. Government intervention would remove this worry and remove the negative perception people have about online education as well. Third, government interventions in the form of scholarships and loans would ease the financial burden and make it possible for those who hitherto would not be able to school to do so. In sum, government intervention would go a long way to produce an enlightened society by permitting many people to receive higher education.

Many people are wantwanthigher education through online Colleges and Universities. Hence, they gain knowledge and skills or enhance their knowledge and skills but cannot do because of either the cost or the uncertainty of the acceptability of the certificate. Government intervention in the form of a national framework for online universities and colleges, subsidizing accreditation costs, and providing scholarships and student loans would open the door for those who want to study from home. Government intervention can assure that online learning is as good as traditional college or university learning and that their certificate would be accepted jobs requiring state licensing. It would ease the pressure on traditional colleges and universities’ facilities, produce the well-educated citizenry needed for national development, and convert the current pyramidal shape into a ‘near’ cylinder.