Narcopaths (malignant narcissists, narcissistic sociopaths) are masters at playing mind games. They play to win and take no prisoners. They are sore losers, and if they don’t win, they will often react in a fit of rage and stomp away like a little child.Net Maddy. 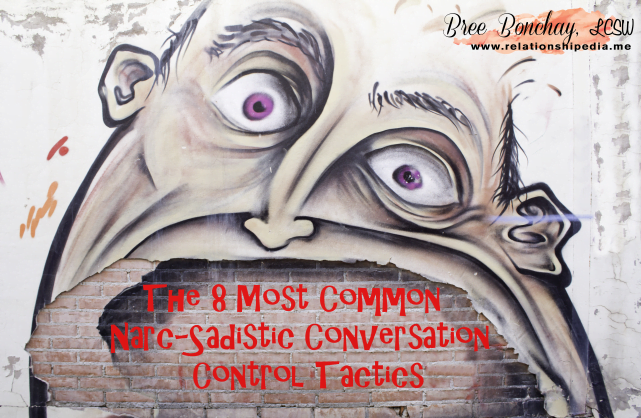 I have to say upfront, I am not comfortable calling what a narcopath does to our games, but I can’t think of a better alternative. I used manipulation characterized as games, but that’s a mouthful. Anyway, every therapist I’ve talked with uses the term, so I will, too. When I think of games, I think of fun, laughter, and enjoying myself. Nothing about my experience with the narcopath comes even close, so it’s hard for me to think of the narcopath and games in the same setting—opposites in my mind.

I don’t want to play games with a narcopath anymore. The rules are not written down and change according to her whim. I’ve lost before the game even begins. However, I am not a pacifist by any stretch of the imagination. I won’t walk away when I’ve been challenged very often, so when I urge you not to play the narcopath’s games, it’s not because I’m not too fond of a good challenge. I want a fair playing field or, at the very least, be playing by the same rules. The narcopath is too skilled and had far more experience playing these games than we ever will. If we are going to triumph against the narcopath, and we will, we have to play by OUR rules, not theirs. Oh, you may win a skirmish here and there, but remember, they don’t think as we think.

This article reminds me of a story a friend of mine, Dale, told recently. He and his young five-year-old son had a marathon checkers match one evening, and after several hours of winning game after game, Dale told his son he was calling it a night, but his son looked perplexed and exclaimed, “But, the game’s not over yet!” Dale said he told him they played about a hundred games already, and what did he mean by “the game’s not over?” His son looked at him with the most serious look a five-year-old could muster and said, “the game’s not over until I win.” This mentality is what we face with the narcopath.

The most important thing you must remember about all these games is that no one can know the rules except the narcopath. So here are some of the more common “games” that narcopaths play:

Ping-Pong: When a person begins to understand how a narcissist works, he or she realizes that it’s a bit like playing ping-pong. Anytime a narcissist has to self-reflect about anything, they will immediately throw the ball back to the person they consider their opponent. Narcissists will always throw the ball back to the other person. They do this with the expectation that they won’t have to take responsibility for their behavior. Narcissists hope that by not taking responsibility for their own actions (by using blaming, shaming, projection, denial, etc.), their partner will do what they have always done-forgive the narcissist, make excuses for the narcissist’s behavior, claim the narcissist couldn’t help himself because he was having a bad day, and so on.

The narcissist is a moving target, and you are always on the firing line. To get away from them (or expose them), you always have to keep an eye on the ball, i.e., their actions and motives for playing their games with you. First, you have to stop wanting to play. You can stop catching the ball and put it back in the narcissist’s court by setting boundaries and making him aware of his actions. He then realizes he has no one to play with anymore. He will either drop the person like a hot potato, punish the person, or run away.

Crazy Eights: This is a favorite game of narcissists. YOU are called crazy anytime you confront them, bring up past issues or behaviors, or expose them when they’re doing something appalling. The game goes like this: he/she tells you that you have an overly active imagination, you don’t know what you’re talking about, they have no idea what you’re talking about, or that you’re simply making things up to cause problems. Next, they’ll tell you that it’s obvious that you are the one who is crazy (and tell you that everyone around you agrees with them about you being crazy). Then, they will claim not to remember even unforgettable events, flatly deny they ever happened, and never entertain the possibility that they might have forgotten. This is an extremely aggressive and infuriating tactic called “gaslighting,” a common technique used by abusers of all kinds. Your perceptions of reality are continually undermined so that you end up without any confidence in your own intuition, memory, or reasoning.

Liars Poker: Individuals with narcissistic personality disorder (NPD) play this game fantastically. They lie better than anyone I’ve ever been around. Unless you know them well, they don’t show any of the tells experts look for in exposing deception. My guess is this is how they can con so many therapists. I know firsthand what that look is on a narcopath. When she was here, she didn’t tell us the things most with tears in her eyes. I felt so much sympathy for the horrible things that her ex and her parents did to her, trying to control her. The stories she told us were outrageous, and I bought every one of them, hook, line, and sinker. Their persona and their entire world are totally based on lies. Their positive attributes and alleged actions are all made up to trick and seduce others into giving them their fix of narcissistic supply: praise, adulation, and accolades.

Gotcha! The narcopath is a master of phony empathy. He/She appears to take you in, appears to understand what you are experiencing, and appears to be able to put himself in your shoes genuinely. These acts cause you to let your guard down; when you think there is a genuine give-and-take in your relationship, he pulls a fast one on you-a a “gotcha”- most often when you’re at a low point. He will suddenly tell you about his extraordinary new career move, a luxurious trip that he’s taking, or a huge shift in financial status that will make you feel even more diminished. Narcissists perfectly execute an unexpected psychological pounce; their purpose is to grind you down, humiliate you, and make you feel small and inferior.

Death by a Thousand Cuts: This is an entertaining game that all narcissists like to play! Some of your strongest trauma bonds are created with this sadistic game. It involves destroying your soul, your ego, your accomplishments, and any belief system you have that does not agree with their beliefs. You both start with empty buckets. The first one to fill his/her bucket wins. They win the game if they successfully turn everything about you and everything you do into a complete failure. They earn extra points when they successfully take all the credit for everything good that has ever happened in your life, and you thank them. They earn double points when they manage to put all blame for everything bad in your bucket.