1. Overview of the Country and Primary Education System:

Tanzania covers 945,000 square kilometers, including approximately 60,000 square kilometers of inland water. The population is about 32 million people, with an average annual growth rate of 2.8 percent per year. Females comprise 51% of the total population. The majority of the population resides on the Mainland, while the rest of the population resides in Zanzibar. The life expectancy is 50 years, and the mortality rate is 8.8%. The economy depends upon Agriculture, Tourism, Manufacturing, Mining, and Fishing. Agriculture contributes about 50% of GDP and accounting for about two-thirds of Tanzania’s exports. Tourism contributes 15.8%; and manufacturing, 8.1%, and mining, 1.7%. The school system is a 2-7-4-2-3+ consisting of pre-primary, primary school, ordinary level secondary education, Advanced level secondary, Technical, and Higher Education. Primary School Education is compulsory whereby parents are supposed to take their children to school for enrollment. The medium of instruction in primary is Kiswahili. 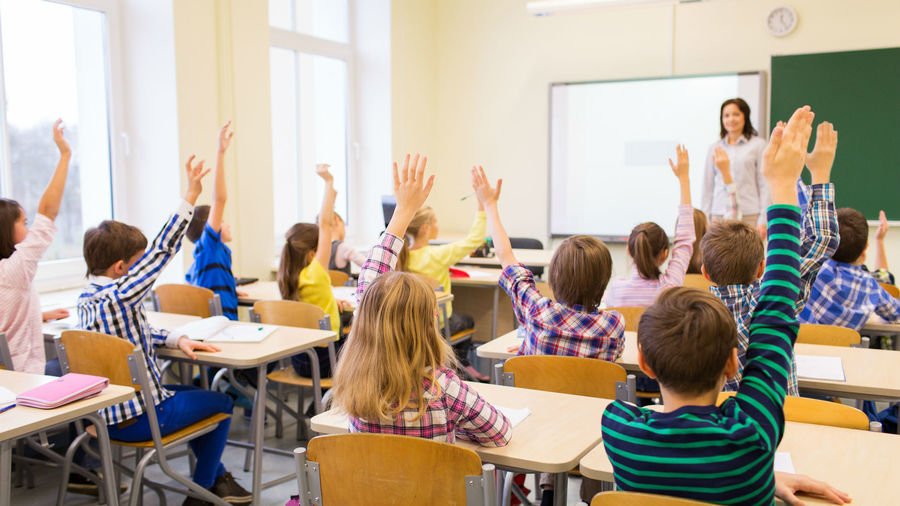 One of the key objectives of the first president J.K. Nyerere was the development strategy for Tanzania, as reflected in the 1967 Arusha Declaration, whichensuresg that basic social services were available equitably to all members of society. In the education sector, this goal was translated into the 1974 Universal Primary Education Movement, whose goal was to make primary education universally available, compulsory and provided free of cost to users to ensure it reached the poorest. As the strategy was implemented, large-scale increases in the numbers of primary schools and teachers were brought about through campaign-style programs with the help of donor financing. By the beginning of the 1980s, each village in Tanzania had a primary school. Gross primary school enrollment reached nearly 100 percent, although the quality of education was not very high. From 1996 the education sector proceeded through the launch and operation of the Primary Education Development Plan – PEDP in 2001 to date.

To different scholars, the definition of globalization may be different. According to Cheng (2000), it may refer to the transfer, adaptation, and development of values, knowledge, technology, and behavioral norms across countries and societies in different parts of the world. The typical phenomena and characteristics associated with globalization include growth of global networking (e.g., internet, worldwide e-communication, and transportation), global transfer and interflow in technological, economic, social, political, cultural, and learning areas, international alliances and competitions, international collaboration and exchange, global village, multi-cultural integration, and use of international standards and benchmarks. See also Makule (2008) and MoEC (2000).

In the education discipline, globalization can mean the same as the above meanings as is a concern, but most specifically, all the keywords directed in education matters. Dimmock & Walker (2005) argue that in a globalizing and internalizing world, it is not only business and industry industry-changingon, too, is caught up in that new order. This situation provides each nation a new empirical challenge of how to respond to this new order. Since this responsibility is within a national and that there is inequality in terms of economic level and perhaps in cultural variations globally, globalization seems to affect others positively and vice versa (Bush 2005). In most developing countries, these forces impose forces from the outside and are implemented unquestionably because they do not have enough resources to ensure their implementation (Arnove 2003; Crossley & Watson, 2004).

There is a misinterpretation that globalization has no impact on education because the traditional ways of delivering education persist within a national state. But, it has been observed that while globalization continues to restructure the world economy, there are also powerful ideological packages that reshape the education system in different ways (Carnoy, 1999; Carnoy & Rhoten, 2002). While others seem to increase access, equity, and quality in education, others affect the nature of educational management. Bush (2005) and Lauglo (1997) observe that decentralization of education is one of the world’s global trends that enable to reform educational leadership and management at different levels. They also argue that Decentralization forces help different levels of educational management to have the power of decision-making related to the allocation of resources. Carnoy (1999) further portrays that the global ideologies and economic changes are increasingly intertwined in the international institutions that broadcast particular strategies for educational change. These include western governments, multilateral and bilateral development agencies and NGOs (Crossley & Watson 2004). Also, these agencies are the ones that develop global policies and transfer them through funds, conferences, and other means. Certainly, with these powerful forces, education reforms, and to be more specific, the current reforms on school leadership to a large extent are influenced by globalization.

As mentioned above, globalization is creating numerous opportunities to share knowledge, technology, social values, and behavioral norms and promote developments at different levels, including individuals, organizations, communities, and societies across different countries and cultures. Cheng (2000); Brown, (1999); Waters (1995) pointed out the advantages of globalization as follows: Firstly, it enables global sharing of knowledge, skills, and intellectual assets that are necessary to multiple developments at different levels. The second is mutual support, supplement, and benefit to produce synergy for various developments of countries, communities, and individuals. The third positive impact is creating values and enhancing efficiency through the above global sharing and mutual support to serve local needs and growth. The fourth is promoting international understanding, collaboration, harmony, and acceptance of cultural diversity across countries and regions. The fifth is facilitating multi-way communications and interactions and encouraging multi-cultural contributions at different levels among countries.