Real estate professionals today have a plethora of high-tech options out there to enhance their business. Still, they rarely do we fully consider the value of the lockbox – the sole piece of equipment responsible for allowing agents to show the homes that we sell every day. The lockbox itself has evolved, and today agents find themselves comparing the value from a standard combination lockbox to that of a more high-tech electronic lockbox. Real estate agents today are pressed from all sides for fees, dues, and expenditures that are unavoidable costs of doing business, so when it comes to making a decision between a combination lockbox that’s just a few bucks versus a high-tech electronic lockbox that is substantially more expensive, does the increase in cost-justify the value? Also, what are all the options out there for electronic lockboxes? This article highlights the findings of current industry options available. 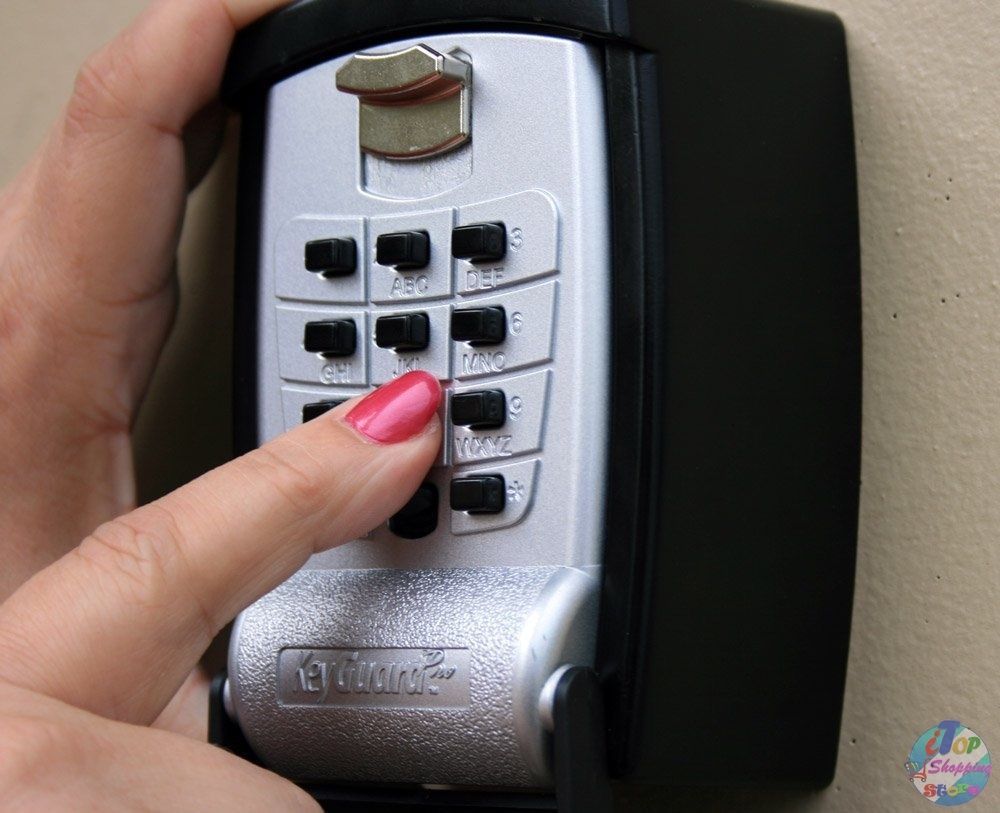 Having the ability to show a home without the sellers there to watch your every move was a move in the right direction for the real estate industry. Agents know very well the situation where a seller will remain in a home during a showing and “pretend” like they mind their own business while the buyers tip-toe through the home, trying not to impose while attempting to get a sense of what the home was like.

This is a wild departure from the typical showing when the sellers aren’t there; clients love to snoop around to get a good sense of the home. With the sellers not there, the buyers get a good opportunity to get a true sense of how that particular home would feel and see themselves living there. Put simply, it allows for a better, more convenient showing experience.

From this dilemma, the lockbox was invented. A device securing the key for entry by licensed real estate agents to show their prospective buyers and allowed sellers (or their agents) the opportunity to have the home shown without the need of their presence. It saved time and allowed for a better showing experience. Truly, it was a win-win.

However, early lockboxes were simply a combination lockbox. They are certainly inexpensive, but an obvious downside was the lack of security for the home in question once the lockbox code was known. Sellers would rely on the professional ethics of real estate agents to keep the code confidential, but sometimes the code would slip into the hands of non-agents. Less frequently, the code would be found by people with malicious intent.

With the obvious shortfall of relying on the honor system to keep lockbox codes confidential, it offered the opportunity for a better solution that would allow for accountability and the ability to show a home without the seller being present. As a result, it did not take long for “smart” lockboxes using electronic technology to come into existence, thus revolutionizing the process of showing a home. Before, a seller and their agent wouldn’t really know who was showing the property other than the confirmed appointments that were made. Flash forward to today, and you have the ability to know exactly who and exactly when someone shows property through the use of an electronic lockbox. With these smart electronic lockboxes, only an agent or other authorized party can access the lockbox itself, further emboldening the assurance to a seller that only licensed agents and properly authorized individuals are showing or entering their home.

Today 2 main companies provide these smart electronic lockboxes to real estate agent associations. They are Supra key and Sentrilock. Together they comprise the majority of the lockbox industry market; nobody else comes close.

Supra (or SupraKey) is owned by general electric and provides lockbox solutions to all sorts of niche industries, real estate lockboxes being one of them. Bill Love, national account manager for Supra, says that out of a given state or region in the country, Supra, on average, maintains an 80% market share. Supra has sold several million lockboxes throughout the years to real estate agents. Currently, Love estimates that there are 1.5 million+ Supra lockboxes currently in use by about 750,000 real estate agents throughout the country.

The supra key itself features a cylindrical design up to the “shackle” (the loop part of the lockbox that will noose around something and keep it in its place securely), where the shackle fits in seamlessly. Its simplistic design is pleasing to the eye, and to activate the lockbox, an agent has a “digital key” that’s about the size of a small flip phone and has a number pad and screen on it. The agent sets the key to open a box and points it in the direction of an infrared sensor on the box itself. When the lockbox recognizes that the remote digital key accesses it, it will release to allow access, and the bottom of the lockbox will fall out when the agent pushes it. Voilà, the key to the home is available for the agent to take and open the door for the showing.

Love says that Supra has plans for upgrades to the current model lockbox that will include wireless Bluetooth access and syncing. Also, rather than having the digital key, if the agent has a smartphone, Supra offers an app for access with the phone instead, making it easier and more convenient for a monthly fee. Love claims that the key difference with a Supra Lockbox is that “it keeps intelligence in the hands of the user.” Rather than having to rely on extra equipment or other tradespeople, the user has control. Supra has had the current model for several years now, with incremental software updates along the way. If an agent wants to buy a new Supra lockbox, it costs around $90, but the association determines the actual price that an agent will pay that they belong to.

Sentrilock is the other major player in the real estate lockbox industry. Sentrilock, which is based out of Indiana and partially owned by the National Association of Realtors, has been around for less than a decade and currently services about 250 of the 1000+ Realtor associations throughout the country and Canada. These associations comprise about 250,000 agents and approximately 500,000 lockboxes in current use. Sentrilock has 2 main models currently used; one is a silver lockbox that resembles a cell phone from the late 1980s, bulky and heavy and somewhat longer in size than the supra lockbox. It has a keypad directly on the front of the lockbox and holds the key within a drop-down door that pops open when accessed.

The other lockbox they offer is a smaller, more compact blue lockbox that is more cube-ish in shape bLockboxesut with similar functionality features. The main difference between the silver and blue lockbox is that the blue lockbox allows for more space within the lockbox itself (which is important for people trying to sell a condo and who need to include an “access fob” in addition to the key to the front door of the unit itself – there just isn’t enough room for multiple keys or when including the access fob with Sentrilocks’ silver lockbox). Sentrilock sells their lockboxes for about $125 apiece, but this also depends on where you are getting it from, as the actual retail price is determined by the local real estate association that sells the boxes. 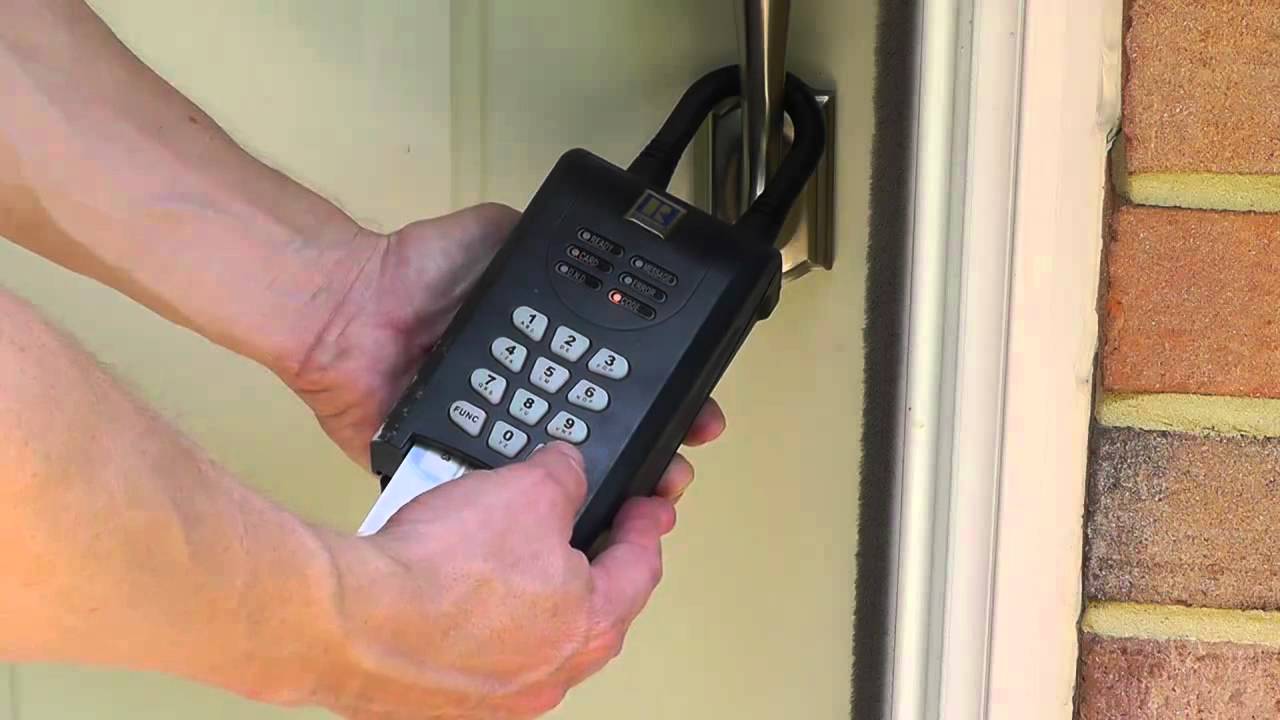 Both lockbox companies offer substantial warranties on the product themselves. They also have a support team that is almost always available if there is difficulty accessing a lockbox or for troubleshooting purposes. Both companies offer a comprehensive online tool that can provide the analytics from the showings and use a specific lockbox that agents can share with their clients.

One of the main differences between these two is how the lockbox itself is accessed. Sentrilock doesn’t need an extra piece of equipment to open a box. Rather, they utilize a “Smart-Card,” which is essentially a credit card that fits into the lockbox and has a chip inside it that shares your information with the lockbox you are accessing. This card is all you need to access the lockbox, whereas Supra requires the digital key, although they have addressed this using offering the smartphone app so an agent can use their phone in place of the digital key. Both systems require updating; in other words, the smart card for the antilock system requires you to stick your card in a “card reader” you get when you buy your smart card that hooks into your computer. Every few days (the exact amount of days is determined by your local Realtor association), you must update the card through the card reader, which will allow you to show the property, and at the same time uploads the information of the places you have shown to the Sentrilock system, which in turn is then able to be seen by the agents who owned the lockboxes of the places that you accessed. You can update your card over the phone in a pinch, but you can only do this once or twice.

On the other hand, supra keys update wirelessly. They didn’t always do this, where you were required to keep your “digital key” docked on a charging station that was hooked up to a phone line. You had to do this every day, and that’s how the system would both update your card and share your showing information with the system. The wireless updating feature has been in place for a year or two now and takes the headache out of the equation of having you update your key each day.

The back-end system for Sentrilock allows an agent to create specific access codes for one-time access to a specific lockbox. This makes it really convenient for a contractor, appraiser, termite inspector, etc., to be able to access a property with a code, but only one time because that code will expire after the day the code was intended to be used. This is a great feature that Supra doesn’t have an answer to.