1. Hybrid apps are in

Hybrid applications using Ionic and HTML5 are gaining traction for the amount of time and cost savings they account for. With Swift 3, and rumors that Android will soon adopt it, going for JavaScript over Linux, we look at a more integrated platform base. Word is out that Swift 3 will be available for Windows Phone too. For enterprise and consumer apps, HTML 5 continues to remain the platform of choice for app development. Frameworks such as Ionic, JQuery Mobile, Mobile Angular UI, and Native Script have mature languages that deliver a high-performing user experience. Even Facebook has hopped the hybrid app development bandwagon with the React Native framework. They are currently experimenting with Linux and Windows platforms to render a complete service. 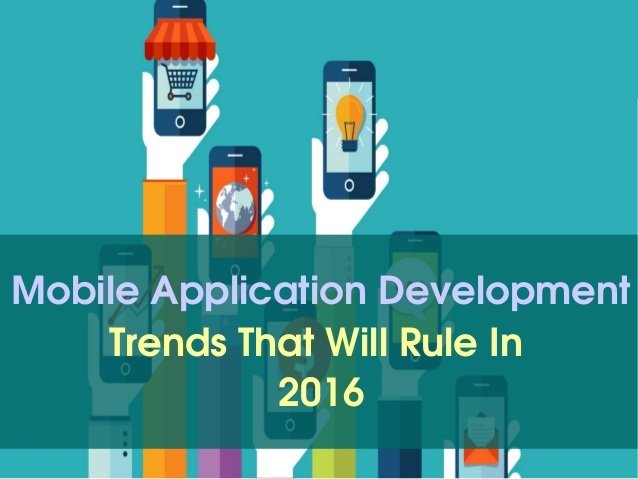 IoT technologies such as GPS, Beacon, and location-based Wi-Fi will be integral to many applications. We are looking at a mature Home Application on iOS 10, enabling iPhone and iPad users to operate household appliances with instructions delivered to Siri. The Android Wear and Apple Watch will do more than track health and fitness and go a step further to perform more complex functions. Android’s biometric scanning for unlocking the device is the most rudimentary utilization of IoT technology, and its voice recognition technology is fairly advanced.

With the growing demand for app-related services and tight cost schedules, mobile application development companies are using rapid development technologies such as AngularJS and NodeJS with reusable components. More development tools and frameworks have made their entry into the market to meet customer expectations, and the technology has matured, so the quality remains uncompromised. In the foreseeable future, rapid development and shortest time-to-market will be imperative to capitalize on the early adopters’ trend. With the number of applications crossing the 1 million mark on prominent platforms such as Apple’s iOS and Google’s Android, to gain visibility, app development companies will have to pace their new launches at a greater speed.

Cloud technology plays a key role in mobile app development, and storage from the device is shifted to a centralized cloud server for apps and devices. As multiple connected devices become common, smartphones, wearable devices, and other internet-enabled devices will share data over the cloud. Mobile applications will also have cloud storage, and the data will have to be stored for real-time access across devices. With free storage space of up to 10GB, and easy integration via email address authentication, people are easily adopting the technology and immersing themselves into its utility, so the next step will be to follow the maturity in usage and a new application of cloud storage, going beyond storing and sharing data.

Security continues to remain a worrying issue for device manufacturers and more so for mobile app developers. A Gartner report from 2015 predicts that 75% of mobile applications will fail security tests and present gaping holes for hackers to exploit. A uniform security guideline for mobile app developers will have to be soon arrived at to ensure app data security across device trends, platforms, and the cloud.

There are more complex issues that will be faced by mobile app development companies while compiling an application. However, evolving development platforms and sophisticated programming languages are increasingly consolidating the app development process. For example, with its new Swift Playground, Apple is already making app development possible for the common user.

I am Cris, A great artist. Love to develop an app. I am working with Solution Analysts Mobile App Development Company as Mobile Application Developer, and Web Development have expertise in developing iBeacon, iOS Swift, Android, ionic, PhoneGap mobile apps.