What we can’t define, we can’t find, for our definition determines our destination. One of humanity’s greatest debacles is the allegiance to history as a standard for the present and the future. Humanity is so much indebted to old thoughts to the point where thinking something new seems like a disloyalty to the legends of old. History should not be a status quo or an imperative standard for the present and the future, but an inspiration for correcting the present and the redirection of the future for a better destiny for humanity. Concerning achieving health for all in the 21st century, humanity must outgrow old thoughts and ways to expound new methods, approaches, ideologies, and strategies to secure humanity’s health. “The significant problems we are facing cannot be solved at the same level of thinking we were at when we created them. 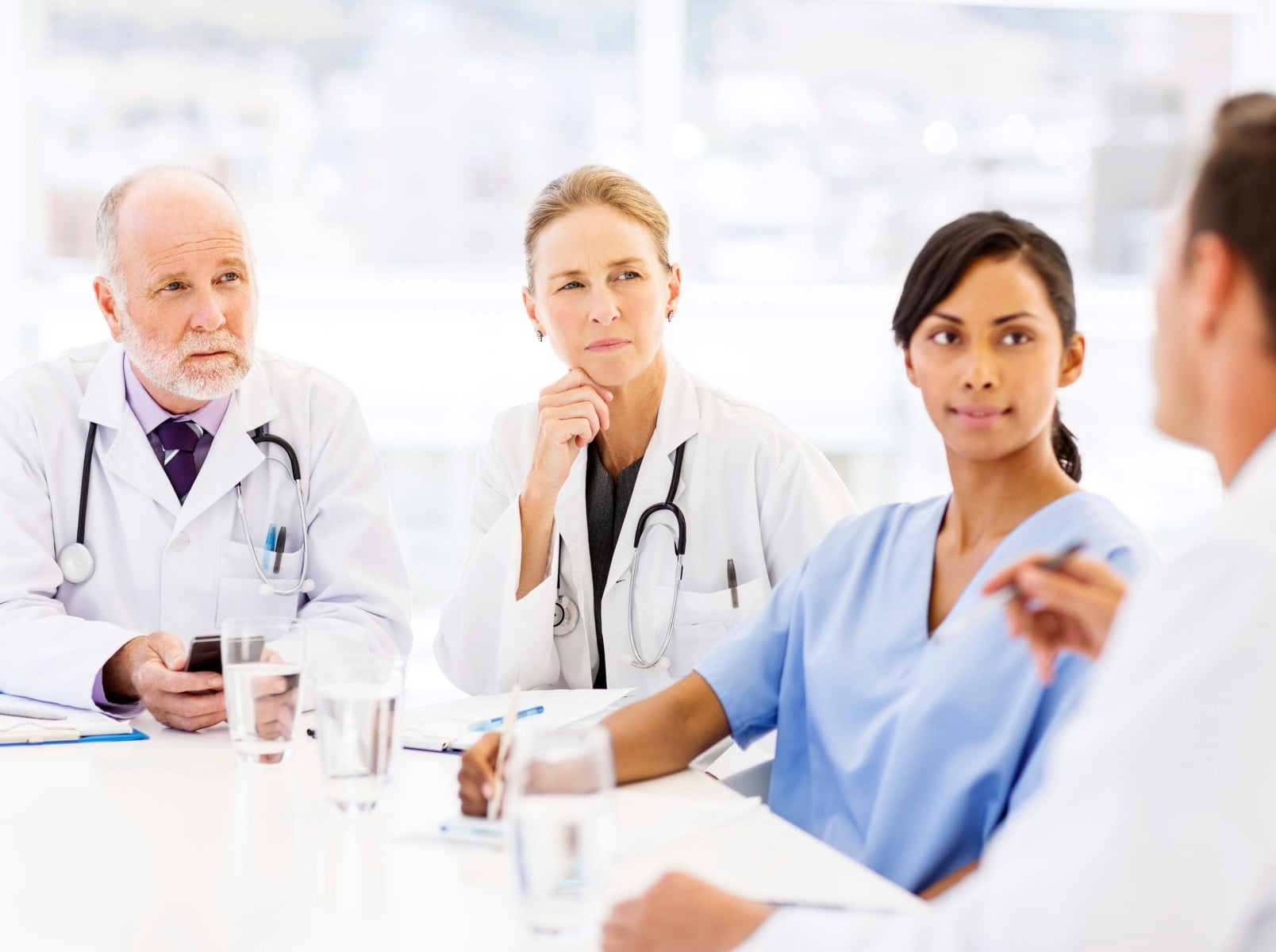 In the past, health was defined as having both body and mind working in good order, free from diseases and pains. If this assertion has been unable to provide humanity with insight into securing humanity’s health, then it is expedient for humanity to think out of the status quo. There is no way humanity can resolve the health challenges of the 21st century except in the courage to explore the unknown. Concerning the 21st-century health plan, health is defined as an integrated state of being, the human body, soul, and spirit functioning in absolute soundness. Thus, health is not necessarily the absence of pains or physical symptoms of sicknesses and diseases. There are individuals with no pains, sicknesses, and diseases, yet they are close to their graves. There are equally people who died without having any physical symptoms of pains or disease. Though they seemed to be fine, yet they died suddenly because they were not healthy.

Health is much more than the absence of pains or disease, but an integrated state of being with the human body, soul, and spirit functioning in absolute soundness. Health is an integrated effect with a cause; which implies, health is not a coincidence or an accidental occurrence but the resultant effect of the relative functioning of the human body, soul and spirit in absolute soundness. Let me make this clear; health is not a challenge we can resolve by our shallow efforts. That is why despite all human efforts in achieving health, health has remained a severe challenge. To achieve health for all in the 21st century, humanity must stop joking. We must realize that we are dealing with a challenge that billions of humans may be wiped out before the end of this century. If not resolved, For health to be achieved in the 21st century, humanity must adopt a more comprehensive and integrated approach considering the total human being; body, soul, and spirit. I hope by now we are civilized enough to know that the human being is not an animal but a complex being with three related dimensions (body, soul and spirit). Any health plan which focuses only on one dimension of the human being will fail. A human being must improve in his body, soul, and spirit to enjoy health.
Summary show
Insight on the Human Being:
Health versus healing

Insight on the Human Being:

When this consciousness is transferred to the human soul and body, human immunity and resistance against sicknesses and diseases are enhanced. The fact that the human body is the only visible dimension of the human being does not define the body as the sole constituent of man. Limiting the human being to just his physical body can be the most tragic error. Humans are not animals. The most tragic academic mistake is that of classifying humans and animals under the same group. This academic mistake is due to the limited perspective about human beings. This perspective considers the human body as the sole constituent of man. This academic mistake has produced a low mentality and consciousness among humans. Today, humans live and behave as animals because of this error. Humans even suffer the same fate as animals. The day has finally come to eradicate this human ignorance.

One of the errors humanity has made for several centuries is that of substituting health for healing. Unfortunately, this error has lasted for so long that humanity has unconsciously resorted to healing programs in the name of health programs.
Healing itself is the gradual recovery of a sick or diseased human, which is different from health, a state of absolute soundness (body, soul, and spirit). Substituting health for healing makes humanity more reactive than pro-active. When we focus on health, we become more proactive and preventive than reactive.

Focusing on healing entails allowing the human being too, first of all, be attacked by sickness and disease before looking for her recovery. At the same time, health involves pro-active investment to have a human being sound in body, soul, and spirit as an integrated effort towards freedom from sicknesses and diseases. Healing is a recovering and a relief from pains, but health is a state of being. One can be healed today and sick tomorrow, but health implies an individual is a sound in body, soul, and spirit. Friend, healing as to health is relatively cheap and sometimes easy to come by, but health is a breakthrough which demands a lot of focus and concentration on one’s body, soul and spirit conditions.

Regarding the 21st-century health plan, sickness and disease are considered an affected state of being caused by a deficiency in one’s body, soul, and spirit condition. This implies, an individual is unhealthy, sick and diseased as long as there exists a deficiency in his/her body, soul, and spirit condition. This explains why people sometimes die without any outward sickness or pain. The issue is that we think a sick person must be under some kind of pain. People are looking relatively OK but terribly sick. This is because not all diseases are physical. Body sicknesses can be easily diagnosed, but sicknesses of the soul and the spirit can not be diagnosed through any medical means. Thus, for a person to be termed healthy, such must maintain a relative state of soundness in body, soul, and spirit. Equal and relative functioning of the human body, soul, and spirit in perfect harmony and soundness is the everlasting access to health.

Most of what is described as health centers today are but healing centers yet to arrive at the full status of a health center. A healing center is any center, be it a medical, psychiatric, or religious center, where the sick and diseased cater to or ministered to. While a health centre is a centre of integrated science, where profound and prolific insight on the human being (body, soul and spirit) are communicated and imparted, it empowers humans both in their body, soul, and spirit forever triumph over sicknesses and diseases. Such a center must be a research center wthat progressively researchers academic, scientific, and insightful divine information and intelligence needed for human supremacy over sicknesses and diseases. Healing requires medication, but health requires much more than medication. The greatest investment in health realization is information.

I am not talking here of ordinary knowledge; I am talking of advanced academic, scientific and divine knowledge containing the truth which unveils the truism of the human being (body, soul and spirit) with all their relative needs and demands. Thus, when you find a true health center, you will see a place where the total science of the human being is unveiled, with teachers and doctors who are inter-comprehensive possessing rare insight on the total science of human existence and functionality. Presently, such centers are nonexistent. This is the greatest challenge of the 21st century.

The entire world is doted with healing centers catering and administering to the sick and diseased without any investment in their education concerning achieving health. This has led to the situation today of human beings constantly victimized and perpetually dependent on drugs and other healing mediums without ever graduating to health. You may ask my proposition: my proposition is for every healing center to combine her efforts to relieve those sick and diseased by educating the people on health sciences. This is the only way we can triumph over sicknesses and diseases in the 21st century. Healing – Health = a victimized human, one perpetually dependent on drugs instead of the truism of health.

It seems to me that humanity is losing faith in pursuing total health. Numerous health challenges have cowed us to the point where we are instead studying how to function in abnormalities. The general slogan in most places today is how to live with AIDS, malaria, or any other disease. Such a cowardly approach and attitude can not be rewarded with insight on human triumph over sicknesses and diseases. While seeking better ways to relieve the sick and the diseased, we should not fail to embark on continuous research to uncover the truth that will forever empower humans to triumph over sicknesses and diseases. This is the challenge of the 21st century.

It was believed that no one could ever reach the summit of Mount Everest; thousands attempted and failed, and their failure reinforced the belief of the world. When the world slept in their pessimism, a man by the name of century Edmond Hilary forced the world to change their belief; by getting to the top of Mount Everest. It was equally believed that a metal object could not fly. The Wright brothers equally forced the world to change their belief by their invention of the aero plane. The world presently believes that total health is impossible for human beings. I believe we are that generation to change that assertion. Let’s muster enough courage and faith. We can make it. Health is an integrated state of being, with the human body, soul, and spirit functioning in absolute soundness.

Next Post Are you suffering from a heroin addiction, and heading to a rehabilitation facility?