What is wireless, and how does it work? Wireless can be described as transferring information between two or more points that are physically not connected. Distances can be as short as a few meters in television remote control or long, ranging from thousands to millions of kilometers for deep-space radio communications. 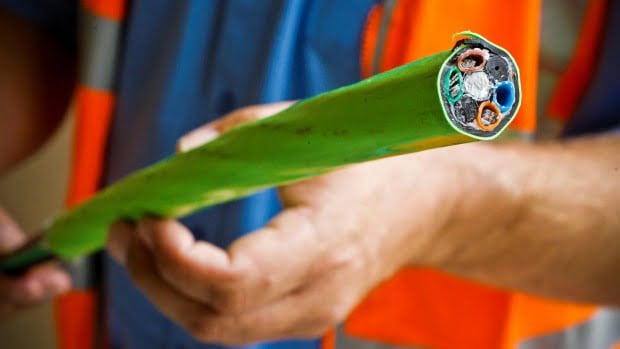 Probably the best example of wireless technology is the cell phone. The world’s first wireless telephone conversation happened in 1880 when Alexander Graham Bell and Charles Sumner Tainter invented and patented the photophone, a telephone that conducted audio conversations wirelessly over controlled light beams (electromagnetic waves). Then in 1915, American Telephone and Telegraph thought about creating a wireless phone. Still, they were afraid that this great technology would undermine its monopoly on wired services in the United States. They were right. Over 85 years later, this extraordinary little unwired device has revolutionized the telephone industry and put wired phone carriers out of business by offering free long distance, free nights and weekends, free sing up offers and the convenience of having a mobile phone virtually anywhere on the go.

As the personal computer became popular in the early 1970s, the idea of a portable personal computer came about. In 1981 Adam Osborne produced the first personal portable computer (now called laptop), Osborne 1. It weighed 24 lbs, had a 5-inch screen, and cost $1795 ($4,552 today). The demand for the laptop skyrocketed. Consumers desired portability. When the Internet boom hit in the 1990s, an idea to connect to the Internet with a portable laptop without a wire came about. Unlike the hard-lined personal desktop computer Internet connection, this would be wireless and required a faster connection. In 1999 the word Wi-Fi and its yin-yang style logo were created by the Wi-Fi Alliance as a catchier term for IEEE 802.11. Today over 700 million people use Wi-Fi worldwide, and there are over 4 million hotspots (places with Wi-Fi Internet connectivity).

Your laptop computer translates data into a radio signal and transmits it using an internal antenna.
A wireless router receives the signal and decodes it. Then, the router sends the information to the Internet using a physical, wired Ethernet connection.

Do you remember when you rode a bicycle with no hands for the first time? “Look, Mom! No hands!” Ahhh..free as a bird. Good old days, right? Computer users can relate to that same experience when using wireless for the first time and every time. Sitting at that same “glued” position at that same home desktop computer at that same spot only to get up to find your spine in a gridlock. Did you know the sitting position is the worst possible position for your back and applies the most stress on your spine? No more back pain inflammation flaring up by having to remain in that fixed position in that same old 3-legged hard little wooden chair that has lived up to way more than its life expectancy. Moving from one place to another without having to worry about tripping over wires is made easy. Get comfy, lay down on the couch, and watch TV while fiddling around on the Internet with your laptop, browsing news headlines, or checking email.

Wireless or Wi-Fi enables the Internet user to roam freely anywhere in their house, business, or another wireless network (up to about 150 feet indoors and 300 feet outdoors) with one or multiple computers.

People that live in urban centralized areas benefit from readily available wireless high-speed Internet options and hotspots virtually everywhere. Wireless Internet providers are not as prevalent in rural areas, and options for rural Internet are scarce. People in rural areas, areas out in the country, or in areas just past the “cut-off” of conventional high-speed Internet service enjoy the same high-speed wireless Internet benefits such as connecting wirelessly in the family room, the kitchen, the bedroom, on the porch or connecting with more than one computer. The increased demand for rural Internet has started to make it more attractive for rural broadband Internet providers to service these remote areas. Rural areas where cable Internet and DSL Internet have limited or no availability can access high-speed rural broadband Internet service through satellite Internet. HughesNet and Wild Blue, the two largest satellite Internet providers in North America, provide rural Internet without the restrictions and limited availability of hard-lined cable or DSL. They provide the solution for high-speed rural wireless satellite Internet service in rural areas.

This demand for high-speed rural wireless Internet and along with competitors fighting for the next rural customer has driven monthly prices down to an affordable level, and free equipment and installation are now becoming the norm. This has been a relief for consumers who are on a fixed income or can only afford to get service if the price is under a certain level that they can afford monthly.

A recent rural Internet survey states that only 24 percent of rural residents have Internet access at home. This small number is a result of many factors. Still, one of the major reasons is that many cable and DSL Internet service providers do not provide rural broadband Internet services.

Of course, many people living in rural areas access the Internet through dial-up phone lines – sometimes a frustrating and slow experience. It can take almost a minute (sometimes longer) for a Web page to load on the screen with a dial-up Internet connection. Sometimes images and documents cannot be accessed at all because of a slow dial-up connection. Also, using dial-up as a rural Internet provider can tie up phone lines and is not fast enough for a wireless connection.

What does wireless broadband mean? Simply put, wireless broadband means high-speed wireless Internet access. To understand it more specifically, you have to think about data transmission or the amount of time it takes to send messages from your computer to another computer. In other words, how long does it take for you to download information from a Website?

With download speeds from 1000 kilobits per second to 5000 kilobits per second, a high-speed wireless rural satellite Internet connection provides faster download times of images and documents and the capability of viewing more online information at one time without frustration or interruptions in service. And rural broadband Internet through satellite is only going to get faster. In January 2012, HughesNet, the largest provider of rural high-speed satellite Internet service in North America, will be launching a new satellite named “Jupiter” and will be capable of reaching speeds of over 100 gigabytes per second to further fuel HughesNet’s rapidly growing high demand for high-speed rural Internet.

With this high rate of data transmission, rural broadband satellite Internet users can reach higher connection speeds and can have a wireless connection. Receiving information and posting information online are all done at higher speeds. Download photos, email, bank and shop online, research, web browse, go to school online, or own and operate a home-based business. This can be done with increased Internet speeds with a rural wireless satellite Internet connection as your rural Internet provider.

Next Post Important Information About The Internet And Computers