This newish technology, which provides a continuous stream of data, is awesome for many reasons. It implies saving time from the consumer’s perspective since one does not have to download a file first and then consume it. Also, public members do not have to manage vast quantities of data and space on their computer’s hard drive or external disks anymore since there is no data to download and save. From the content producers’ perspective, streaming also offers great opportunities: with internet videos and webcasts of live events, there is no file to download. Therefore it is hard for most users to save content and distribute it illegally. 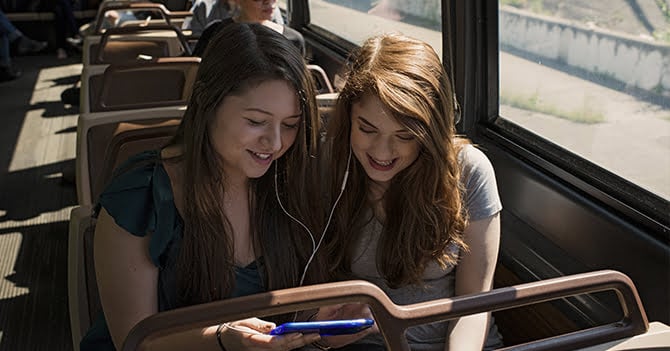 Streaming is a relatively recent development because the broadband connection had to run fast enough to show the data in real-time. If there is an interruption due to congestion on the internet, the audio or video will drop out, or the screen will go blank. To minimize the problem, computers store a “buffer” of data that has already been received. If there is a drop-out, the buffer goes down for a while, but the video is not interrupted. Streaming has become widespread thanks to the popularity of internet radio stations and various audio and video-on-demand services, including Spotify, Soundcloud, Last.fm, YouTube, and the BBC’s iPlayer. While streaming initially made its mark in the music sector, with music streaming revenues generating $3.3 billion at the end of 2014[1], streaming is currently making phenomenal headway in the video distribution and consumption space.

The video streaming market today: beyond distribution and into content creation

Video streaming technology has come a long way: the most influential group, of course, are the streaming technology providers themselves, who choose which technologies and services to integrate into their platforms. These include Apple, which provides QuickTime and the HTML5-based technology to reach iOS devices; Adobe with Flash; and Microsoft with Windows Media and Silverlight. In the early days of streaming, the most relevant playback platforms were Windows and Macintosh computers.

While Apple and Microsoft still hold tremendous leverage, computer platforms tend to be more open than mobile devices, while the latter comprises the fastest-growing segment of streaming media viewers. Because Apple owns both a viral platform (iDevices) and an operating system (iOS), it retains absolute power to control standards adopted by Apple devices. Other mobile influencers tend to be split between hardware vendors like LG, Samsung, Motorola, Nokia, HTC, and mobile operating system providers like Google (Android) and Microsoft (Windows Phone).

Streaming media delivery providers such as online video platforms (“OVPs”) (which are productized services that enable users to upload, convert, store, and playback video content on the internet, often via a structured, scalable solution that can be monetized) and such as user-generated-content sites (“UGC sites”), also influence streaming technology adoption. For example, though Microsoft introduced Silverlight in 2007, it wasn’t supported by any OVP until 2010, stunting its adoption. In contrast, OVPs like Brightcove and Kaltura and UGC sites such as YouTube and Vimeo were among the first to support the iPad and HTML5, accelerating their adoption.

While there are dozens of providers in both markets, the key OVPs include Brightcove, Kaltura, Ooyala, Sorenson Media, Powerstream, and ClickstreamTV. At the same time, the most notable UGC sites are YouTube, Vimeo, DailyMotion, Viddler, and Metacafe. On the video live-streaming front as well, technology has made significant strides. For example, specialized OVPs such as Ustream and Livestream offer instant broadcasting of user-generated live videos with a live chat window running alongside the video player, allowing users to not only watch events as they unfold but comment on them, too[2].

YouTube made a video live streaming service available to its users too. And now, the icing on the cake: video streaming distributors and providers. The description of this whole ecosystem of video streaming would, indeed, not be complete without mentioning the providers of on-demand internet streaming media, also called streaming video-on-demand services (“SVoD services”). From 2011, the press began blogging about the most popular streaming media services that would bring high-quality commercial content streamed to the masses’ TV sets, smartphones, and computers [3].

Replicating the successful business model of music streaming in the video streaming sphere: it’s all about scale, baby.

SVoD providers have it so good: not only can they benefit from the great strides made by streaming media technology since the mid-noughties, but they can also educate themselves faster thanks to, and avoid the pitfalls which threatened their predecessors, i.e., streaming music on-demand providers such as Spotify, Deezer, Pandora, Rdio, Grooveshark and Beats (the “SMoD providers”).

While SMoD providers typically charge USD4.99 per month for an access plan to their services and up to USDD9.99 per month for a premium plan, SVoD providers start their monthly subscription plans at USD7.99 with a maximum price of USD11.99 per month for SVoD services on up to 4 screens per household. Fearless Netflix even got a lot of flak, in April 2014, for hiking up its new subscriber fees globally by USD1 to USD2 a month[4]. So if we quickly do the maths, we can forecast that more money is to be made in SVoD services than in SMOD services, provided that these services are scaled up.

And scaled up they are: on 23 April 2014, Amazon announced a licensing agreement that gives Amazon Prime members exclusive access to highly-sought after HBO’s library of original content, hence undoubtedly increasing the appeal of becoming an Amazon Prime subscriber. In addition, on 24 April 2014, competitor Netflix announced that it had contracted with three small cable companies to provide subscribers access to its content via TiVo DVRs, while on 28 April 2014, it announced a deal with Verizon to provide Netflix subscribers high-speed online access to streaming content, the second such deal Netflix has made with an Internet service provider (“ISP”).

As the technology industry – and to a degree, the entertainment sector – functions very much on a “winner take all” economic model, streaming content is an evolving battlefield teeming with opportunities and risks, in which companies assert their dominance and grow their market share. There are some clear winners in the SVoD services sector, such as Netflix, which, in the first quarter of 2014, added 2.25 million streaming subscribers in the US and a total of 4 million worldwide. It now has 35.7 million US subscribers and more than 48 million globally, in line with its long-term goal of 60 to 90 million domestic subscribers. From the consumer’s standpoint, it all makes sense, too: streaming is converting the most valuable downloaders (of music and video content) into subscribers and, in doing so, is reducing their monthly spending from USD20 or USD30 to USD9.99 on average.

By the end of 2014, music streaming revenues accounted for USD 3.3 billion, up 37% from 2013. In comparison, online and TV-based video streaming services combined to pull in a revenue of USD 7.34 billion in 2013, a figure that PriceWaterhouseCoopers (“PwC”) says will rise to USD 11.47 billion in 2016, before reaching USD 17.03 billion in 2018. That rise will be driven primarily by subscription video services such as Netflix and Hulu, PwC says, rather than by through-TV subscriptions.

What is interesting is that SVoD providers are going beyond what SMoD providers have ever done: they are entering the content production sphere to enrich their catalogs and offerings; to expand their networks of, and reach to, high-powered executives, producers, and movie stars as well as to assert their newly-acquired status and clout. As a result, online streaming video services such as Netflix and Hulu will make more money per year than the US movie box office by 2017, according to a new report released by PwC.

The report projects that streaming services will be the biggest contributor to the American filmed entertainment industry in four years. The revenue generated by TV and subscription video-on-demand providers reaches almost $14 billion, $1.6 billion more than the amount earned from the traditional cinema box office. Therefore, SVoD providers have, and will keep on having, a lot of disposable cash to invest.

How to better invest this available income than producing high-quality video content to enrich one’s catalog and product offering? The main area streaming services will impact the traditional box office, the PwC report says, is in release dates. At the moment, most movies are given months in theaters before they slowly make their way to streaming services. However, PwC says the strength of companies such as Netflix is expected to pressure the industry to make this transition faster, offering filmed entertainment to consumers earlier.

More importantly, SVoD providers keep on expanding their content inventories. Netflix already has USD 7.1 billion in existing obligations for original and licensed content, and it recently contracted for an original Spanish-language series; a new series from Mitch Hurwitz (the creator of much-loved Arrested Development); a third season of House of Cards and a final season of AMC’s The Killing. Indeed, the economic returns of House of Cards, the test case, were as successful as the critical reviews. Netflix’s new strategy fortified its existing revenue model-acquiring and retaining subscribers-and even opened up new revenue streams such as content licensing or even a branded channel with traditional distributors. Netflix spent roughly USD 100 million to produce the first season of House of Cards plus additional marketing investments, including advertising buys for primetime TV spots and high-profile billboards. If House of Cards brought in half a million new Netflix subscribers, with the same average life span as current subscribers (an estimated 25 months), the show would have just about broken even in two years. The real test was the lifetime value of these new customers.

What if many or most turned out to be opportunistic viewers who ended up canceling their subscriptions a few months after watching House of Cards? Then the breakeven opportunity looked vastly different. For example, if the average customer life span were closer to four months, then Netflix would have needed more than three million new subscribers for the project to breakeven-essentially, a 43 percent increase over its current average acquisition rate. Needless to say, this debate is now closed and, in addition to its string of series, very successful Netflix has brokered many recent theatrical deals – it plans to release the sequel to Ang Lee’s Crouching Tiger, Hidden Dragon day-and-date online and in Imax theatres, and has struck an exclusive four-picture deal with Adam Sandler – which have supposedly enraged many in the business.

Speaking at a keynote in Cannes’s MIPCOM in November 2014, Netflix chief content officer Ted Sarandos insisted that the company was only looking to modernize a theatrical distribution model that “is pretty antiquated for the on-demand audiences we are looking to serve.” Netflix, he said, is not looking to kill windowing but rather to “restore choice and options” for viewers by moving to day-and-date releases. Not only that, but Sarandos said Netflix would be expanding into more niche genres, including the financing of documentaries and art-house films. Hence, the marketing stunt with teaming up with mega movie star Leonardo di Caprio on the release of documentary Virunga focusing on the fight against poaching endangered gorillas in the Democratic Republic of Congo. The documentary was released simultaneously on Netflix and in theaters in New York and Los Angeles on 7 November 2014. Amazon Prime’s tally in content creation and production is also impressive, most notably thanks to its decision to engage Woody Allen to write and direct a series for its SVoD services in January 2015 and its competitive force in TV by landing two Golden Globe trophies for best comedy for its critically praised Transparent and actor for series star Jeffrey Tambor also in January 2015.

Next Post Bread Crumbs In eCommerce: What You Should Know